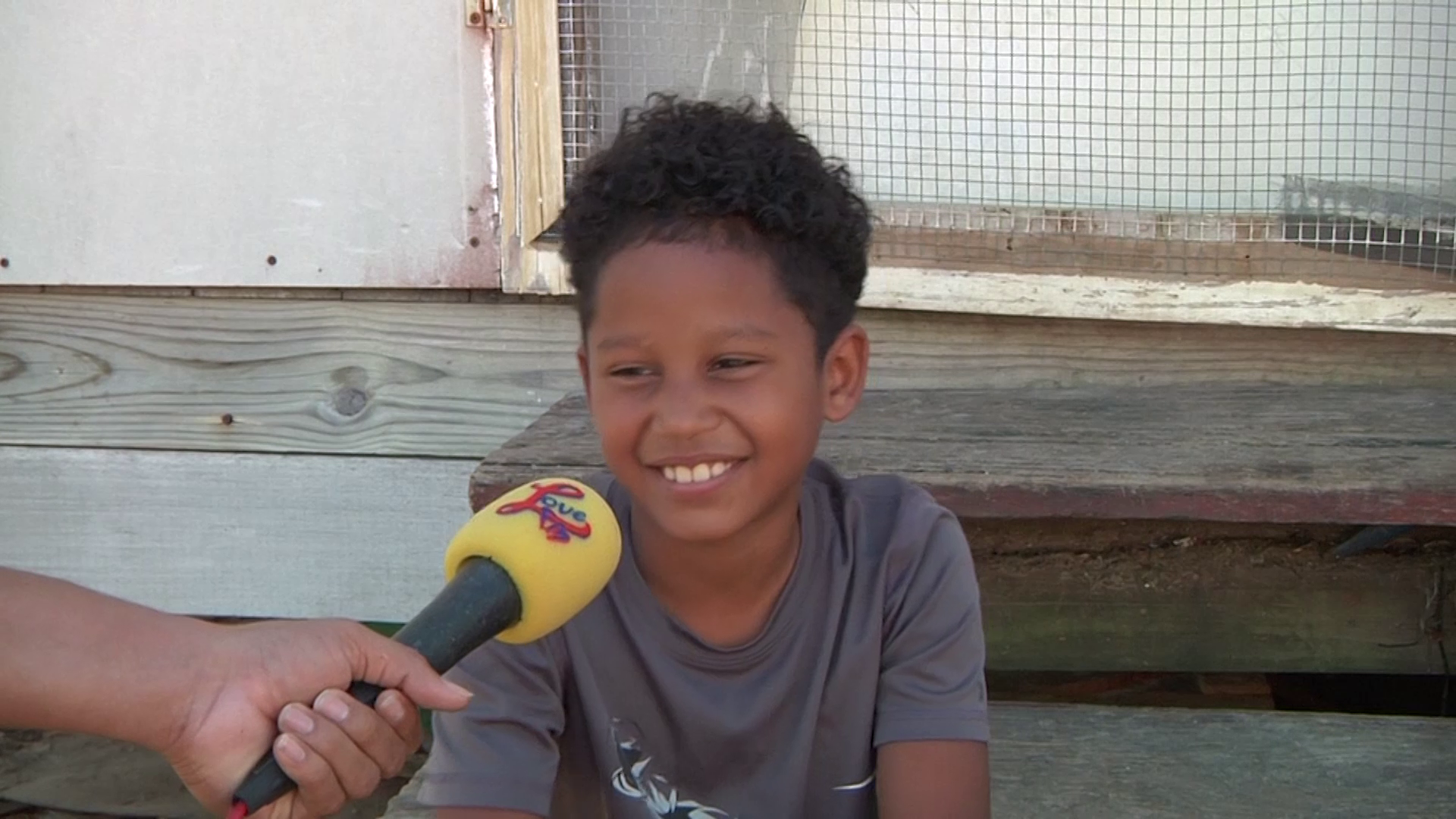 Belize Electricity Limited’s infrastructure suffered significant disruption because of Hurricane Lisa. While BEL has restored power to most affected areas, there are still some low-voltage lines and lampposts that remain a hazard to residents. And, over the weekend, one family had the fright of their lives due to one of those low-voltage lines. Vejea Alvarez tells us more.

Vejea Alvarez, Love News: Tonight, 9-year-old Xavier Williams is lucky to be alive after being electrocuted and flung into the air around one o’clock on Sunday afternoon. The standard three student was at home in Ladyville Village pealing coconuts with a machete when he struck a low-lying power line. The machete acted as a conductor and sent jolts of electricity from the live wire straight into the young boy’s body. He was taken to the hospital and received immediate treatment.  Fortunately, Williams received minor injuries and was able to explain the scary ordeal to Love News. Xavier Williams, Electrocuted: “I was cutting coconuts to drink and when I raised the machete to cut it it hit the wire and flew into the wall. When the electricity hit me I could see fire in my eyes, like little sparks and then I flew into the wall. I couldn’t move. My back wasn’t hurting at all, it didn’t even feel like I touched the wall. I got frightened they said I didn’t cry or anything. They said they just saw me staring at the wire.”

Reporter: And then they took you to the hospital ?

Xavier Williams, Electrocuted: “They kept me here for a little while and then they took me to the hospital.”

Vejea Alvarez, Love News: William’s grandmother, Sharmane Garcia, witnessed the entire incident and explained that Xavier was told to wait for adult supervision but was persistent about pealing the coconuts on his own. Sharmane Garcia, Grandmother: “The Saturday me and his mom sat on the step while we were cutting coconuts because we had like four coconut trees that fell. And so yesterday he got thirsty and he wanted so he cut two while I’m cooking by the back door he is on the stairs and he cut two. But you know kids because we told him hold on we will come sit down with you to get it but they’re hasty and so he chopped two and he said “Nan I already cut two one more left.” and I saw him walk away but the quickness that he walked away he came to the pile of coconuts and he pulled it and then I just heard this loud sound and the flash of yellow light ran the wire and so I screamed out to check if he was okay but I saw him just in a trance like just in shock.”

Vejea Alvarez, Love News:  Williams was then transported to the KHMH where he underwent several medical tests and received treatment for the minor injuries he received. His grandmother says that prior to the incident they reported that their powerlines had been damaged during Hurricane Lisa.

Sharmane Garcia, Grandmother: “During the storm one of my coconut trees fell on their house wire and so what happened the neutral line got disconnected. We made the report, one of the workers was around early that morning after the storm and so I stopped and I told him about it. At that point he said you know what here’s the business card, take a picture of it, send the meter number, your location everything and WhatsApp it and we’ll get to you. We knew that this was not priority because of the amount of damage they have so we were just waiting. Saturday night we received power. Once the power came on I tried again the hotline it went to voice mail so I left a message there. The Sunday morning I posted a picture – when I posted the picture with the power line asking is it dangerous and I tagged a few of the BEL workers they’re busy but someone on my friend list tagged someone from BEL and they said you know what turn off the breaker immediately. So we did that. The power lines were extremely low so it was hanging at my shoulder height so it was a hazard.”

Vejea Alvarez, Love News: All-in-all, Williams is grateful that Xavier was not severely injured and says that while the incident could have been avoided it was truly a freak accident.

Sharmane Garcia, Grandmother: “When family members came to cut down the trees and clear the debris they made a “Y” with the plum tree an so we had the wire hanging in that but it was still too low. You know things happen, again we’re grateful that it was not major and we did get immediate response and for that we’re very grateful. It’s easy to say “Where was everybody.” and “Why does he have a machete.” you know we do things and we can’t watch them. It’s something I feel responsible for because I’m the one that usually has them playing around and stuff but it is what it is. We’re very grateful to know that he’s okay. The hospital did tell us that within two weeks we need to do another check up just to make sure he’s okay so for right now it’s just the pain in the left arm and the chest area.”