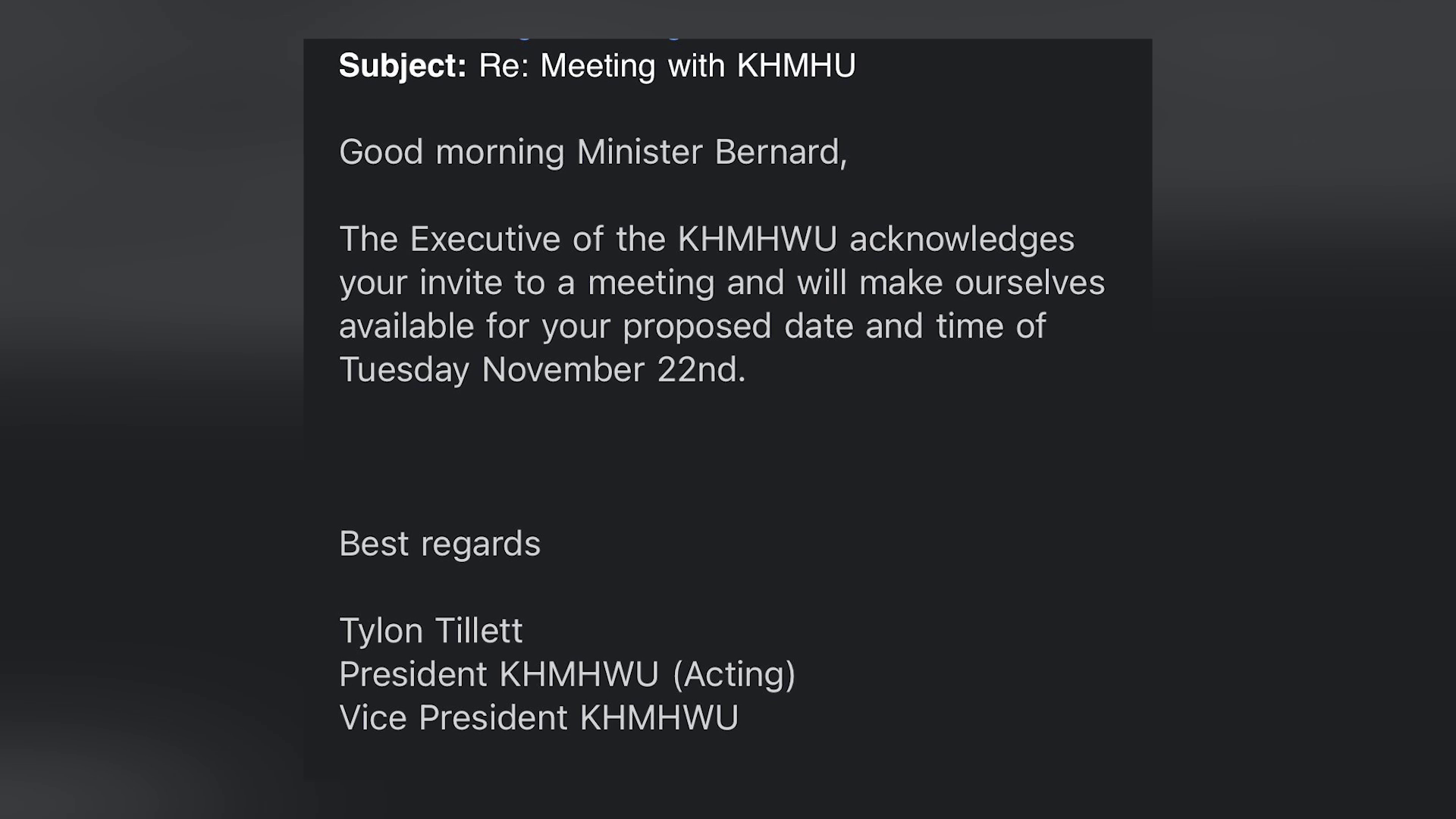 There is friction within the Karl Heusner Memorial Hospital Authority Union. Love News has confirmed that President Andrew Baird has “stepped away” from the presidency for a couple of weeks and Tylon Tillett is now the Acting President of the union. While Tillett confirmed that he is the acting president, he did not respond when we asked him for how long and why. We are told that a disagreement erupted last night and when the back and forth got heated and Baird informed the executive of the KHMHA Union that he will step away from the presidency for two to three weeks.   Yesterday, Minister Bernard emailed Union leaders and proposed to meet with them on Tuesday, November 22 at 3 pm in Belize City to discuss KHMH matters. While there was no response from Baird, there was one from Tillett who said “The Executive of the KHMHWU acknowledges your invite to a meeting and will make ourselves available for your proposed date and time of Tuesday, November 22nd.” We’ll keep following this story.

Police Are Still Trying to Connect an Identity…

Two mothers left grieving the loss of their…