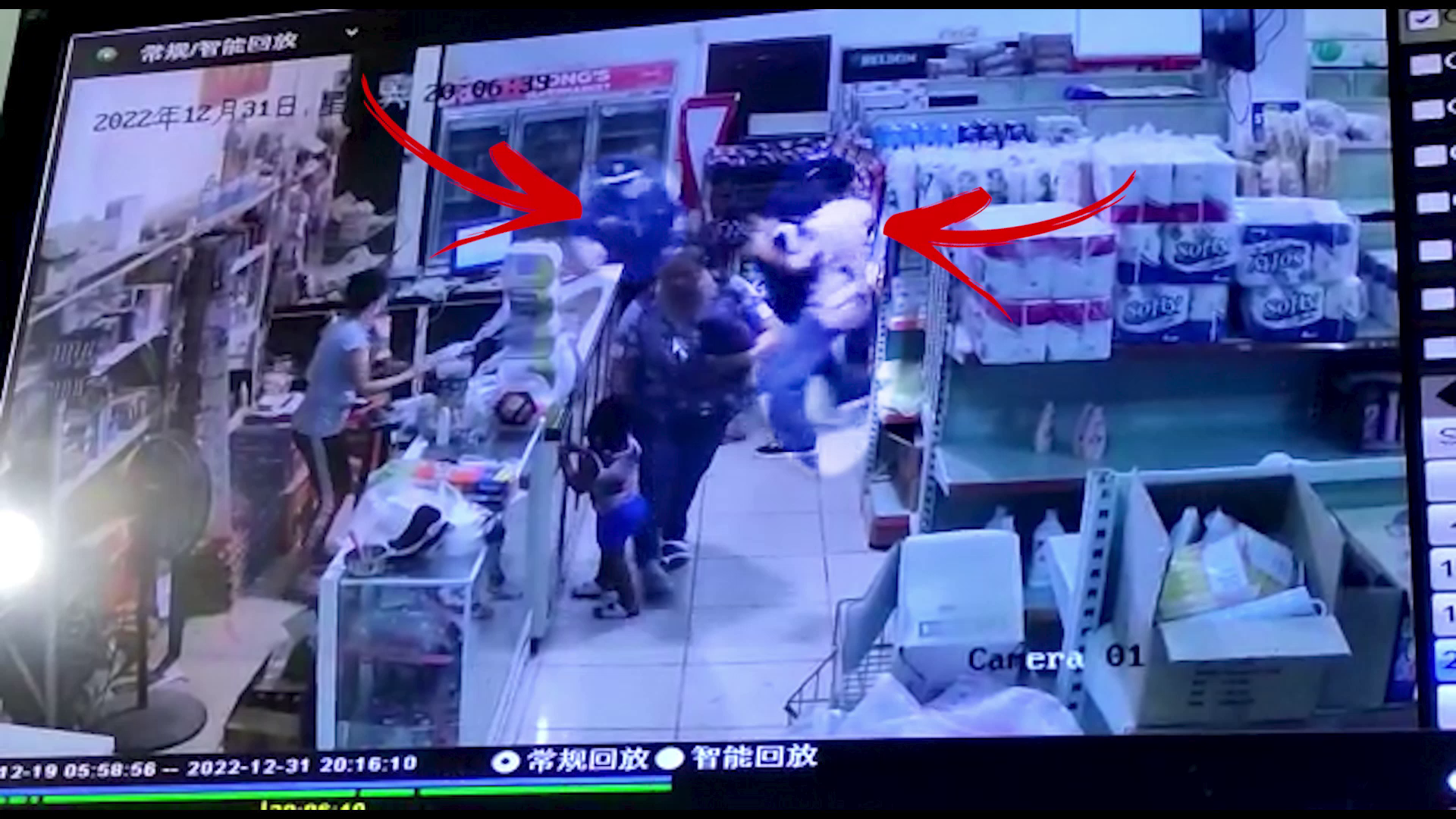 A grocery store in Corozal Town was robbed over the weekend, and its proprietor was assaulted with a firearm. On Saturday night, 58-year-old Fa Ji Rong and his wife were inside Rong’s Supermarket when two men robbed them at gunpoint. The brazen armed robbery was caught on camera and captures the frightening ordeal. Reporter Vejea Alvarez tells us more.

The owners of Rong’s Supermarket and a handful of customers received the fright of their lives on New Year’s even when two masked culprits barged into the establishment. The store’s surveillance footage captures one of the assailants rushing in just after 8 o’clock and grabbing 58-year-old Fa Ji Rong by his neck. Rong’s wife, an elderly woman and a three year old girl can also be seen visibly scared and scrambling for safety as the armed bandit then drags Rong to the store’s entrance at gunpoint and forces him to the ground. While the other jumped over the store’s counter and empties the cash register, which contained $2000 dollars in various denominations, into a knapsack. During the frightening ordeal, Rong can be seen struggling to escape from the armed man who then holds him down before hitting him several times in the face with the gun. The other culprit then hops back over the counter and both made good their escape running toward the direction of Corozal Town ending their thirty seconds of terror. Vejea Alvarez, Love News.

Belmopan Mayor reacts to violence in the capital…

The search continues for Kyle Latchman