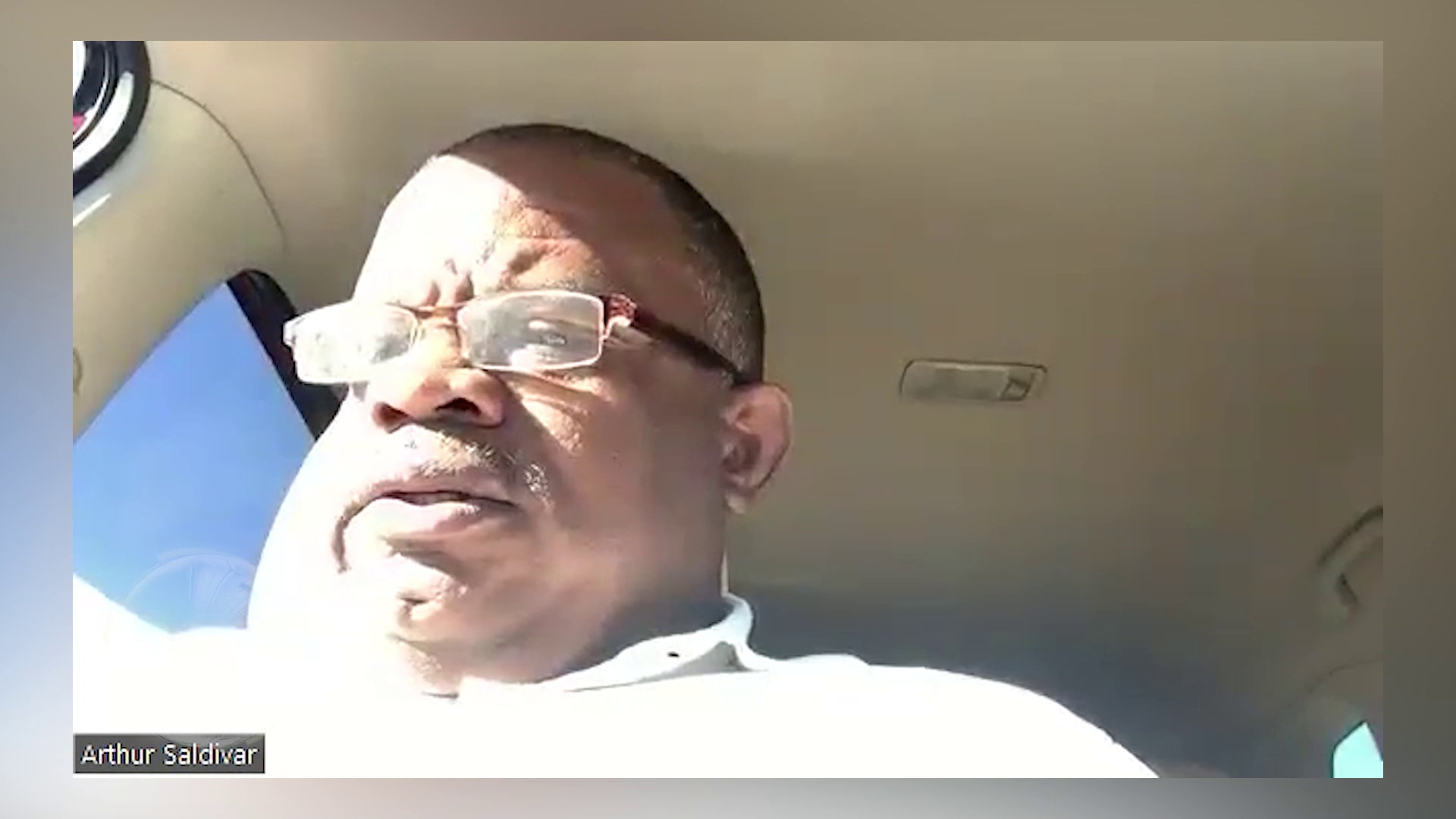 While there are no witness statements in the Fareed Ahmad case file that places the accused killer cop, Elmer Nah, at the scene, Attorney Arthur Saldivar says there is one man that can. According to him, one of his former clients identified only as “Mr. Lewis” was in the area that day and witnessed Nah exiting Ahmad’s vehicle. Lewis claims that he provided the police with a statement saying that he came face to face with Nah after the crash. Saldivar says that after Lewis provided the statement to the police, he was charged with a drug offence and began receiving death threats. Saldivar claims that his client had no choice but to flee the country due to fear for his life. Arthur Saldivar, Attorney: “The gentleman he told me that he was in the drain. When he first heard the gunshot when the vehicle was coming around the corner or around that curve and then he saw when the vehicle steered into the parked or the other vehicle on the side of the road and slammed into it. So he ran and jumped into the drain and when he jumped into the drain he said he came face to face with Elmer Nah, that’s what he told me. He came face to face with Elmer Nah and Elmer Nah was then taken into a vehicle and sped off from the area then came back to the area according to what he told me. Now he also told me he gave a statement so I’m kind of curious to know whether or not that statement was in the file that was examined by Mr.Bradley. If he did not indicate seeing that statement then it – I haven’t seen the interview that he gave in respect to what you’re talking about I only heard about it. I haven’t had a chance to see it but I would have thought that that would have been one of the first things you would look for, the existence of that statement in the file. But you know again I understand the investigator at that time would have been canvassing the area and trying to find out from a number of people what they would have seen and what have you but I mean we have to also take into consideration if you see that there are certain actions of the police in regards to another police officer one may actually not feel safe to make any kind of statement implicating the person they looked to see is protected I mean that’s only logical.”

Saldivar says that while the police are not open to revisiting the case, he strongly believes there is a need to do so. Saldivar says that the prosecution’s failure to convict Brown casts a cloud of suspicion as it relates to who killed Ahmad. He says that Brown choosing to flee the country to seek asylum after being acquitted is also concerning.

Arthur Saldivar, Attorney:  “I think that what was stated by Michelle Brown warrants and investigation being done and if it is that there needs to now look at those witnesses again to see whether or not that there’s a change in the circumstances that they would actually saw what they actually saw as opposed to what they may have been influenced to say in the past and I’m not saying that the investigators might influence that but that influence may have come from other sources that maybe that has to be done at this point because we do need to get to the bottom of it. Here’s the thing Marisol, Michelle Brown was wearing a seat belt alright at the time that that vehicle slammed into the back of that other vehicle on the road. Given that she was wearing a seatbelt and she is right handed she could not have put that weapon at the location that the shot that was placed in Fareed Ahamad’s head was, it would have been physically impossible for her to do. And I want the public to understand that accused persons are not required to speak. When they’re put on trial they still have the right to remain silent because it is the prosecution that has to prove a case. It’s only after the prosecution has closed it’s case then the defense would either allow for that person to give a statement from the dock or take the stand and give evidence. So when Michelle Brown spoke it was after the Crown’s case was completely closed and then it doesn’t really matter what she says the court and the judge has to look at the prosecution’s evidence to determine whether the prosecution proved its case because the burden of proof always is on the prosecution. Nothing that she said would have gotten her off. It’s whether or not the crown had a solid case or not and the crown did not have a solid case.”