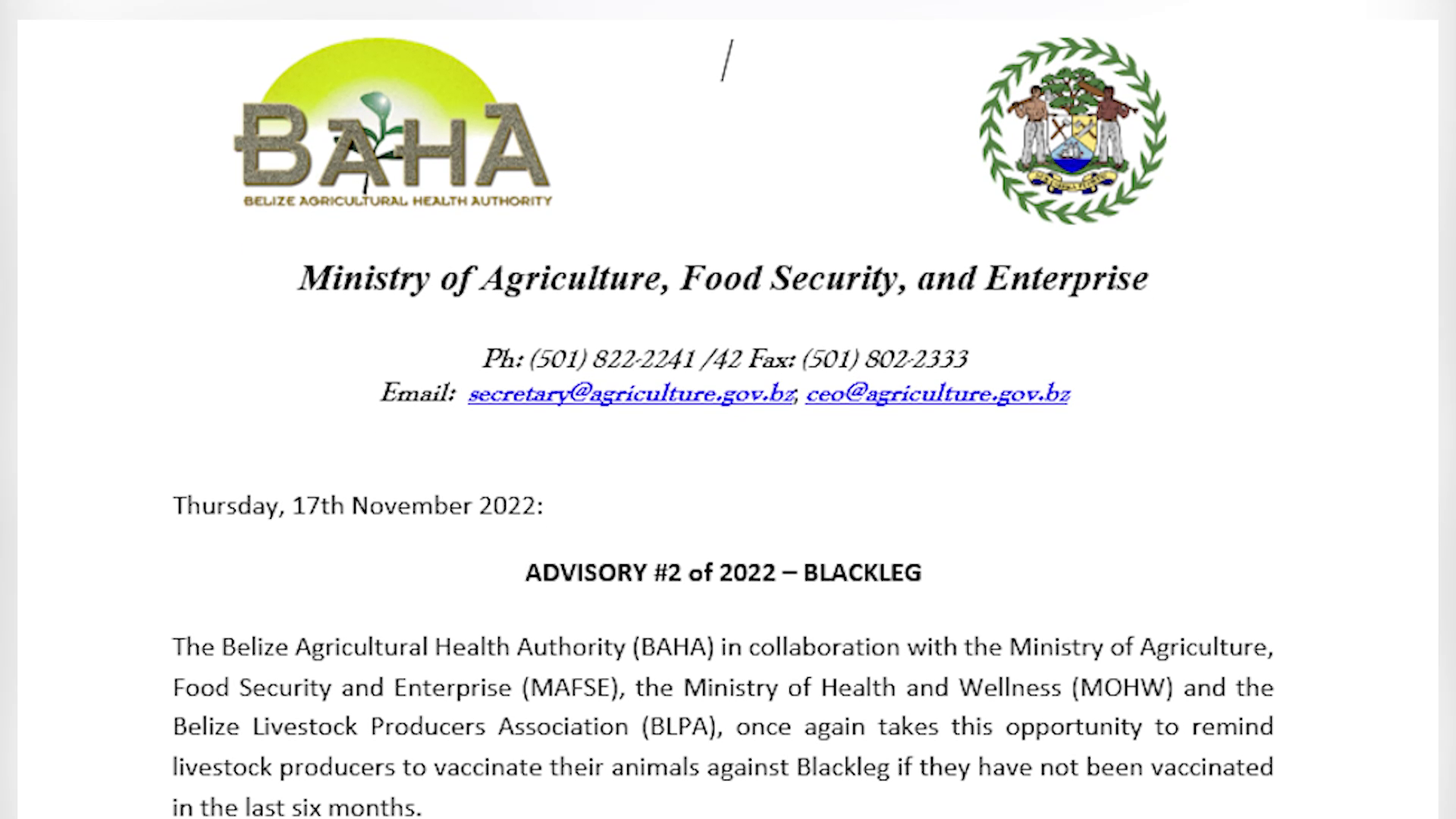 The Belize Agricultural Health Authority is also monitoring developments on the blackleg front. Blackleg is a highly fatal disease among cattle and sheep and it affects mainly young animals. It is caused by a bacterium, Clostridium chauvoei (claw-stri-dee-um show-voe-ee) which is found naturally in the soil. Farmers are being advised to vaccinate their animals against blackleg if they have not done so within the past six months. Symptoms of blackleg include swelling of large muscles, lameness, loss of appetite, rapid breathing, depression and high fever. Animals, when infected, usually die between 12 and 48 hours and oftentimes, farmers find the animals dead without seeing signs of illness. BAHA says that the occurrence of the disease is very likely after heavy rainfall, disturbance in the soil or the start of the dry season.