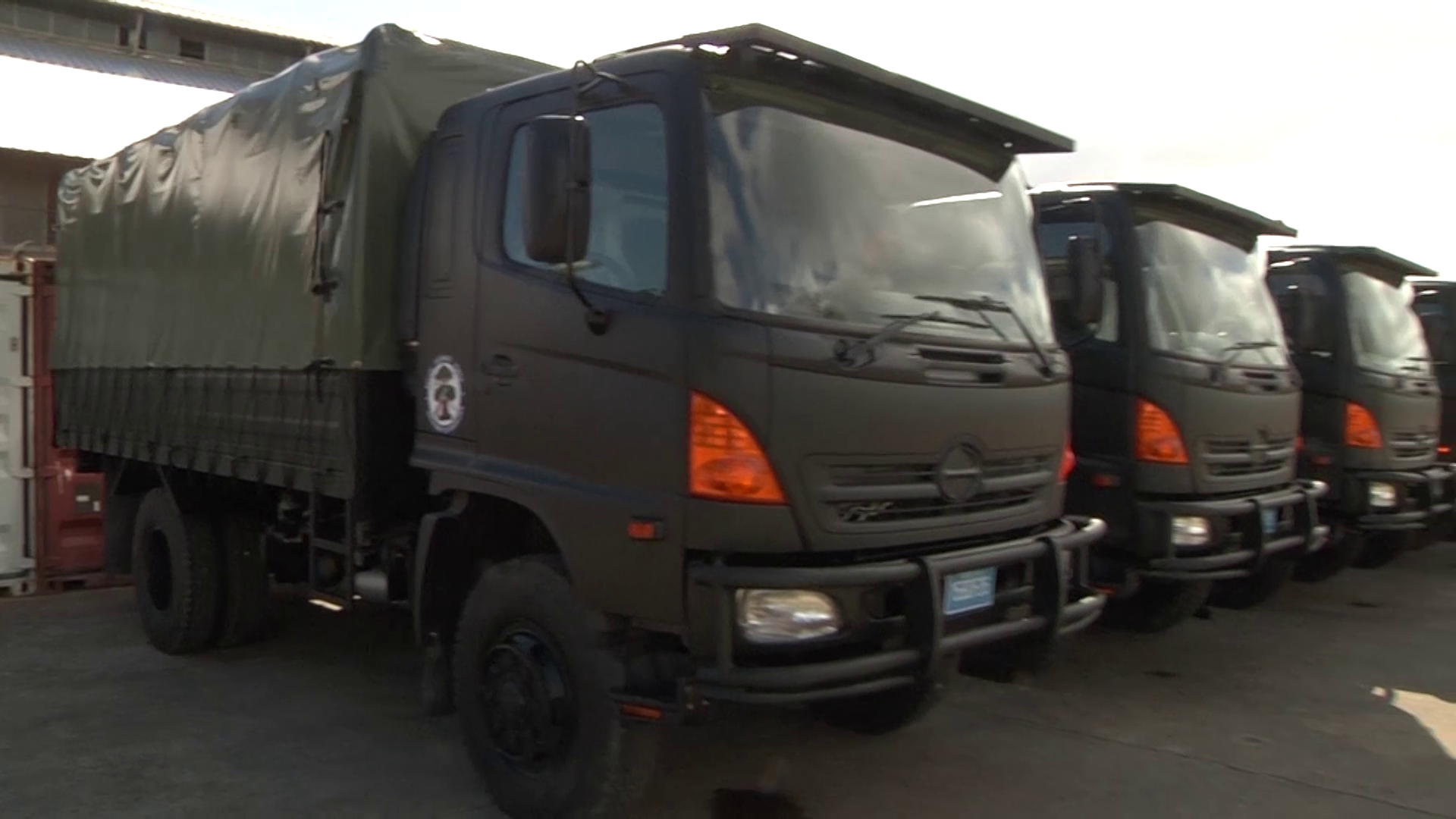 Today, the Belize Defence Force received ten brand-new Hino trucks. The trucks were purchased by the government through a loan from the Central American Bank for Economic Development (CABEI). Prime Minister, John Briceño, says that this loan was in the process since 2014 but the past administration failed to act on it. The Briceño Administration secured a loan of sixty million dollars which will be used to assist the country’s defence forces. The PM says that thirty million dollars are being allocated for the BDF. Hon. John Briceño, Prime Minister of Belize: “Because of the challenges that the BDF had we have made the case to them that we need to move like now. That is why we’ve managed to with Dr.Osmond Martinez and his team convinced them to release the funds to be able to buy these ten trucks. We’re also going to be building two barracks for them, the restaurant for them all under this project.  Of this project of this $60 million dollars $30 million dollars is going to be made available for the BDF. The other thirty will be used between the police and the Coast Guard. Cabei has already agreed to release the funds for the barracks and for restaurant so that is going to be released I think in the first quarter of the year. We have been pressing on them. We’ve also convinced Cabei to open an office in Belize so they’re going to be having a country office in Belize because they want to work closer with the government and they believe that by being on the ground that we can get more of these things done more effectively and more efficiently.”

Commander of the BDF, Brigadier General, Azariel Loria, says that after years of waiting they are finally seeing their requests materialize. The funds will be used for infrastructural upgrades and also operation equipment. Brig. Gen. Azariel Loria, Commander, Belize Defence Force: “This year from Cabei we have gotten our 86 computers, some printers, plotters that is the plotters print maps so that we can do our operations throughout the length and breadth of Belize we have our soldiers to find their position where they are and on top of that today we finally got our ten Hino trucks, our troop lifting vehicles. Next year in the pipeline as the Prime Minister mentioned we’re going to have two barrack rooms, one kitchen refurbished so we will continue with the good works.”