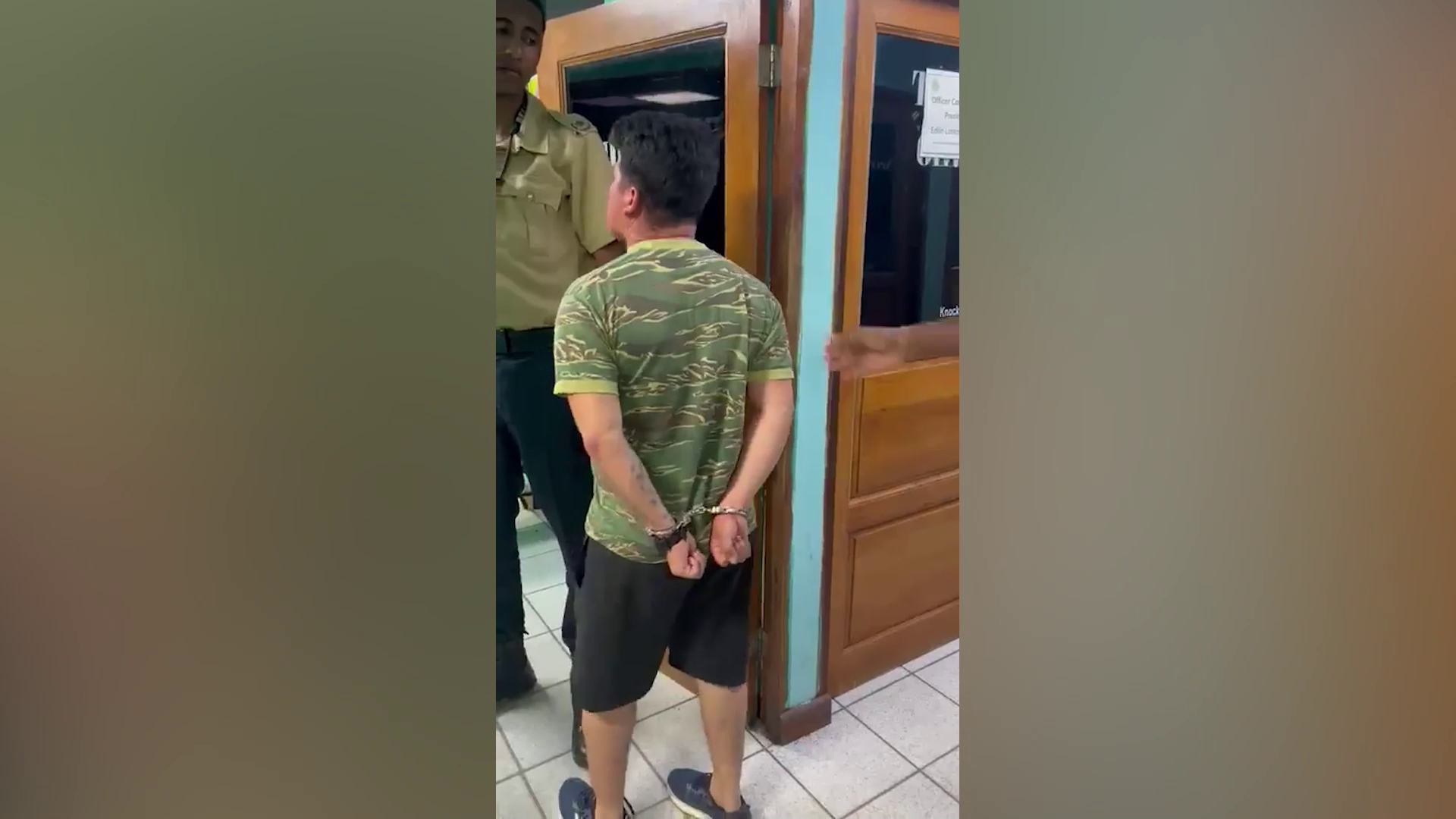 Twenty-six-year-old Freddy Grijalva, the Belize Defense Force (BDF) soldier who was caught on camera hurling expletives at the police, has been slapped with six criminal charges. An allegedly intoxicated Grijalva was videotaped by a police officer at the Queen Street Police Station as he cursed the cops and claimed that they slapped him. Today, the soldier was arraigned in the Belize City Magistrate’s Court where he answered to two counts of assaulting a police officer, one count of using threatening words, one count of insulting words, one count of using obscene language, and one count of disorderly conduct. In court, the charges came as a surprise to Grijalva’s attorney, Darrel Bradley, who stated that his client had only been informed of two charges. Bradley told the court that Grijalva was not served with an official charge sheet and stated that the error on the police’s part is concerning. The attorney further stated that the matter needs to be discussed at trial as assaulting a police officer is a serious crime. Responding to Bradley’s remark was the Commissioner of Police, Chester Williams. Here’s that comment. Chester Williams, Commissioner of Police: “My comment is that his conduct depicts the conduct of a person who ought not to be in a disciplined force. I saw where some members of the public are crucifying the police because this man said he slapped him. So if you were to say right now the Commissioner slapped me without any proof the whole pubic would crucify me and that is what we have become. Some Belizean people only want to hear the police do certain things and they swallow that hook, line and sinker without any proof that what ever is being alleged did in fact occur. And the way he was behaving inside the police station any reasonable person would slap him right ? So at the end of the day they need to understand you must learn to respect the police and you must learn to respect especially in the police station. How he was behaving that day in question inside the police station was boisterous and two was insulting so again I’m not saying that the police did in fact slap him but any ordinary person other than a police would have slapped him.”

In court, Grijalva pleaded not guilty to all charges and was granted bail in the sum of $2, 000 plus one surety of the same amount. The soldier returns to court on January 18, 2023.