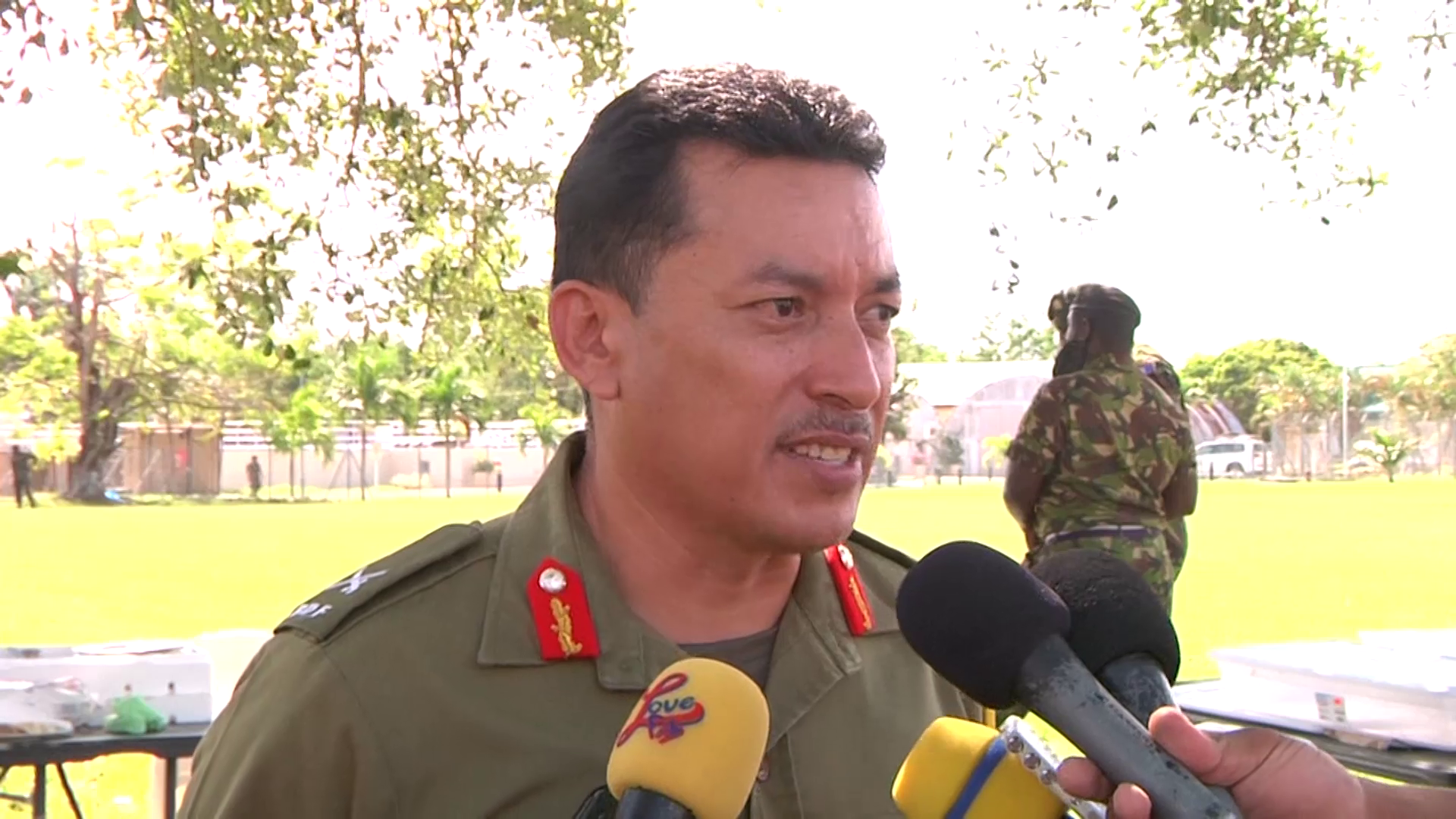 Investigators continue on their quest to determine what happened that Saturday afternoon on November 26 at the San Valentin Camp that resulted in a BDF soldier being shot. Preliminary reports indicated that the trigger might have been pulled by a Guatemalan who was in the area; however, BDF Commander, Brigadier General Azariel Loria, dispelled this. He explains that there is no concrete evidence that a Guatemalan was in fact in the vicinity. Today, Brigadier General Loria gave an update on the soldier’s current state. Brig. Gen. Azariel Loria, Commander, Belize Defence Force: “The police have done their due diligence. I think that the weapons were tested ballistically, they went or they are going to the forensics so that it can be tested if they were fired or not. We are still investigating the case. The soldier is here at Price Barracks still he is bedded down recovering. The bullet we don’t know what caliber it is. It’s lodged still inside his body but unfortunately it could not have been extracted because it fragmented inside him the bullet or the round as we call it pierced through his buttocks and ended in one of his bones, the pelvic bone where the round itself fragmented and from what I got from the doctors that will not be possible to extract all the little bits nad pieces inside of him but he is recovering here and it will take another month or so that he can fully walk. Well he will not recover because of the bone that has been damaged but he will be able to walk.”

This case has gotten a little complicated because the bullet cannot be extracted from the soldier due to where it is lodged inside his body. Brigadier General Loria explains that they are investigating whether the shot was discharged intentionally or accidentally.

Brig. Gen. Azariel Loria, Commander, Belize Defence Force: “This incident happened along the border yes. Usually we would notify the Organization of American States but from our investigation it was not necessary to do so because the investigation is pointing out that there were no Guatemalans in the area or if there were they were far away and the ballistic like I mentioned before is pointing that due to the nature of the wound the soldier was bleeding profusely that it was at close range that he was shot at or a negligent discharge. We have to zero in into what actually happened and we are doing that now. We did not recovery any expended shells at the site, the investigation continues. We are getting more from the forensics department to continue with that investigation to determine the proximity of the shot and other factors but the investigation will continue and we want to get to the bottom of it because we need to know what really happened. At this point in time it’s still uncertain, the investigation is not 100% complete. All the ammunition was accounted for but there are instances in which sometimes soldiers whenever they do training they keep some ammunition which is illegal. All of that we are going to investigate so at this point in time we cannot give you a concrete answer that yes all the ammunition was accounted for. Perhaps one of them had a round but this is only speculation and I really don’t like to speculate on the seriousness of an investigation like that.”

Reporter: So what concrete information do you have that you can close is on this investigation.

Brig. Gen. Azariel Loria, Commander, Belize Defence Force: “The concrete investigation, the factual information is that the solider is there injured, it happened along the border, it was done at close range, we are following two options if it was done intentionally or a negligent discharge that is what we are trying to get to the bottom of.”

Rogue BDF Lieutenant to Be Dealt With Internally…