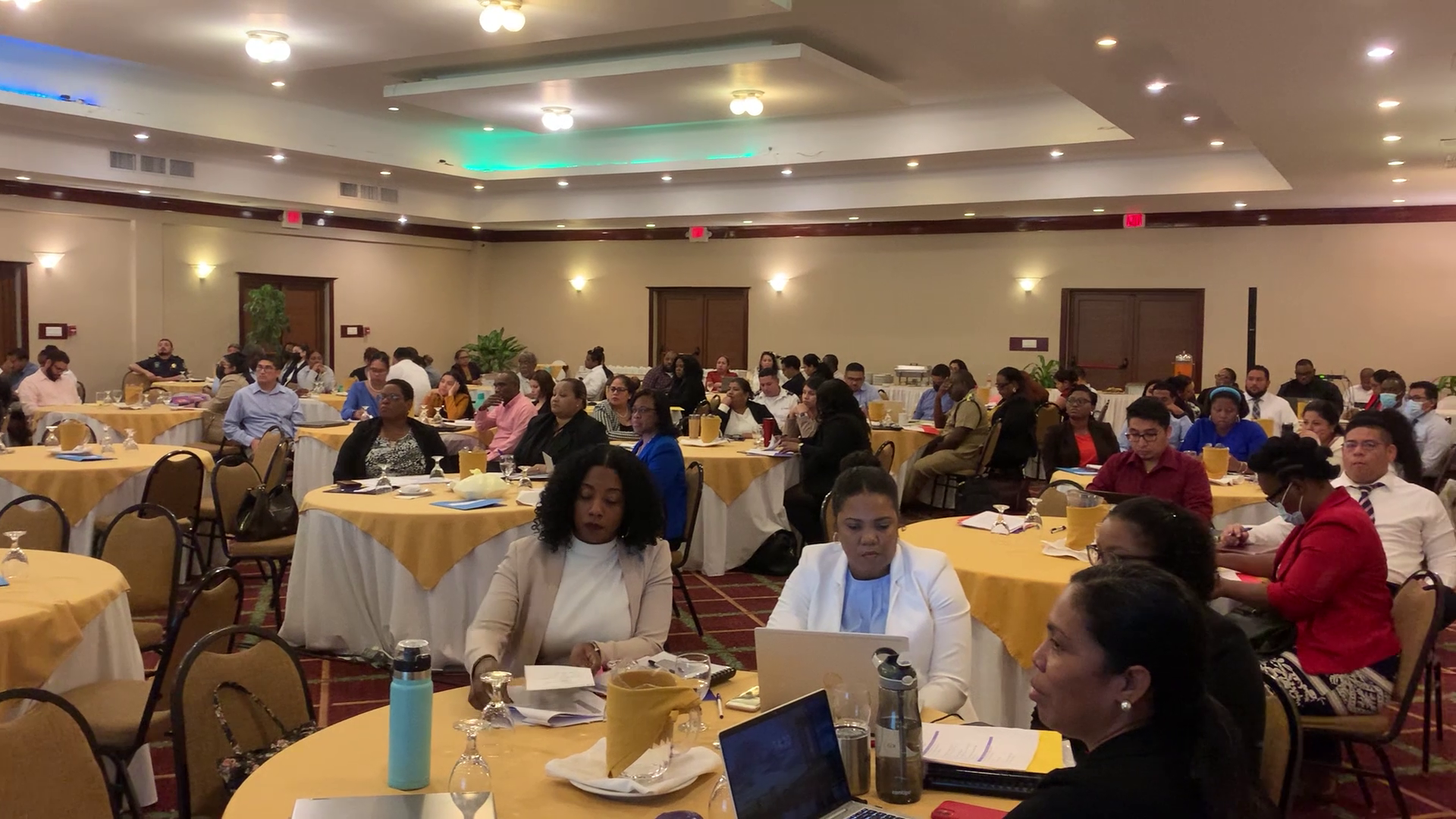 Belize’s Government is in the process of reviewing policies related to money laundering, the financing of terrorism and the proliferation of weapons of mass destruction. This review has the input of the Caribbean Financial Action Task Force (CFATF). A team from the CFATF is in Belize doing a pre-assessment training with public sector officials from an alphabet soup of organisations including the FIU, the Police and the Customs Departments. Love News today spoke to FIU’s Deputy Director, Leni Ysaguirre-McGann about why this process is so important. Leni Ysaguirre-McGann: “The Caribbean Financial Action Task Force is conducting a training it’s called a pre assessment training. The reason why they’re conducting it is because Belize is undergoing it’s mutual evaluation in other words an assessment by the Caribbean Financial Action Task Force regarding our anti money laundering and combating the financing of terrorism and proliferation regime. So as a part of that process it’s quite an intensive process. It’s about fourteen months long and so obviously given the intensity of it it does scrutinize us against the FATF recommendation so that’s the Financial Action Task Force. There are forty recommendations and apart from that when it looks at whether or not a country is complying it sets eleven immediate outcomes of effectiveness that a country should have in place. So they’re going to be assessing us on all of that. Given the intensity of the process it’s important to properly prepare the authorities and that includes both public sector officials as well as private sector officials. So gathered today and yesterday over the last two days we would have had a room full of public sector officials which would include representatives from our Anti Money Laundering Committee. So those agencies include the FIU firstly and then of course also our counterparts in law enforcement such as the Belize Police Department, the Customs and Excise, we also have other agencies that supervise reporting entities or people who have a money laundering obligation or compliance requirements such as the Central Bank of Belize, the Office of the Supervisor of Insurance and Private Pensions. We also have the Financial Services Commission, we have representatives from the office of the DPP, the Tax Service Department so we have numerous entities represented here today.”

Guiding Belize throughout this process is consultant, Andrew Dalip (da-lip) of Trinidad and Tobago. He explained that his role is to help Belize to get into the best position it can to ensure it is meeting its international obligations to respond to these global challenges.