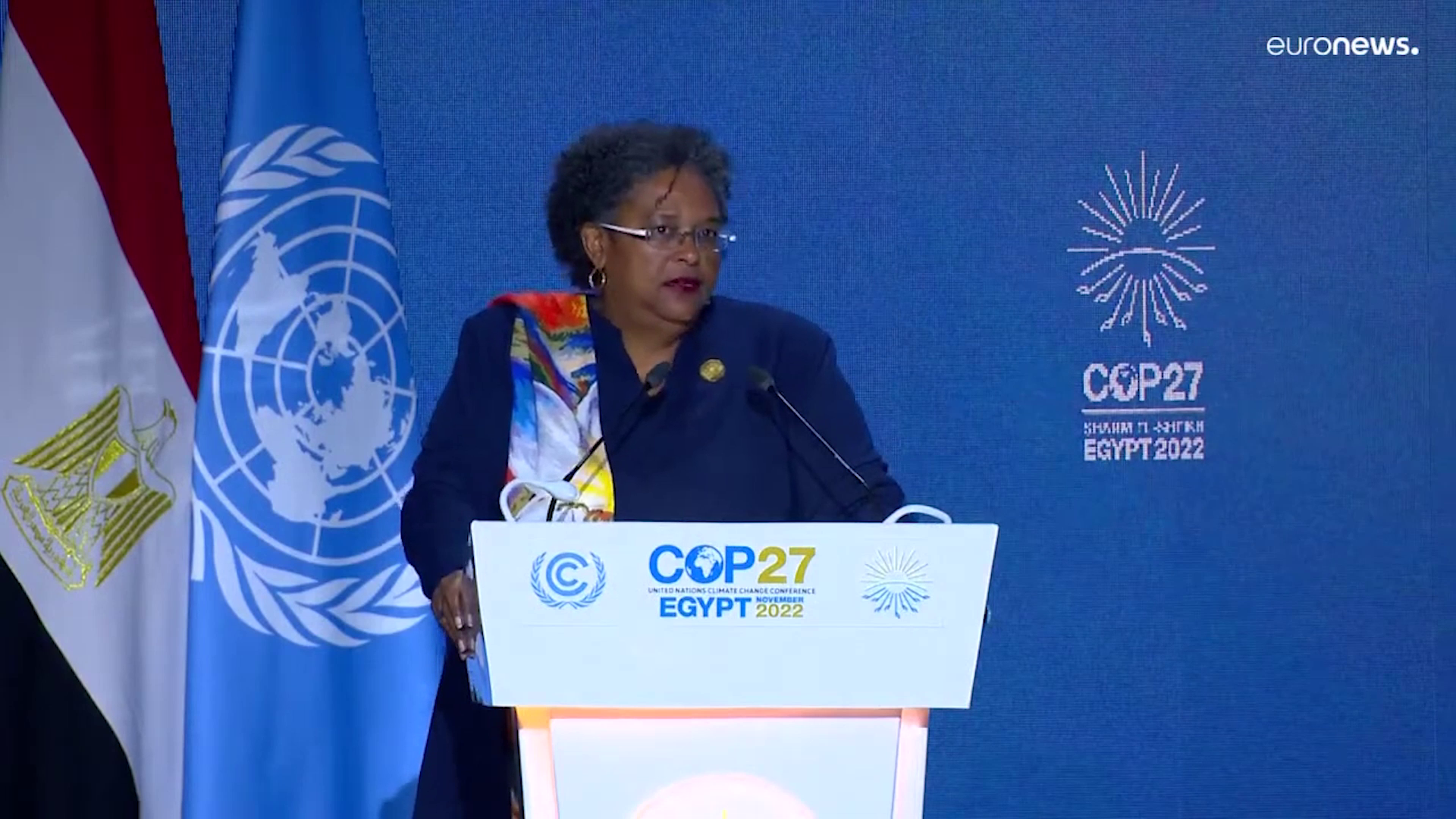 Belize is among several countries participating in the 27th Session of the Conference of the Parties of the United Nations Framework Convention on Climate Change. Called COP27 for short, the event featured remarks from countries severely affected by climate change. Barbados Prime Minister Mia Mottley, whose remarks last year were heard all over the world, was back on the main stage during yesterday’s opening in Sharm El-Sheikh, Egypt. She not only highlighted some of the challenges the region faces, including the recent passage of Hurricane Lisa over Belize, but criticised world leaders for not doing enough to save the planet. Here’s how she put it.

Minister of State, Senator Christopher Coye also delivered remarks on “Debt Swaps for Climate and Nature” during a high-level session hosted by the International Institute for Environment and Development yesterday. Minister Coye recounted the economic, social and personal losses associated with hurricanes Julia and Lisa, which have contributed to the average annual losses of 4% of GDP that have become the norm for Belize. He used the phrase, “one step forward, two steps back” as a fitting characterization of Belize’s experience with climate change.

Literacy program to be implemented in Punta Gorda… Countries in the Caribbean Community are preparing for the upcoming COP27 which will be held next month in Egypt. On Friday,…