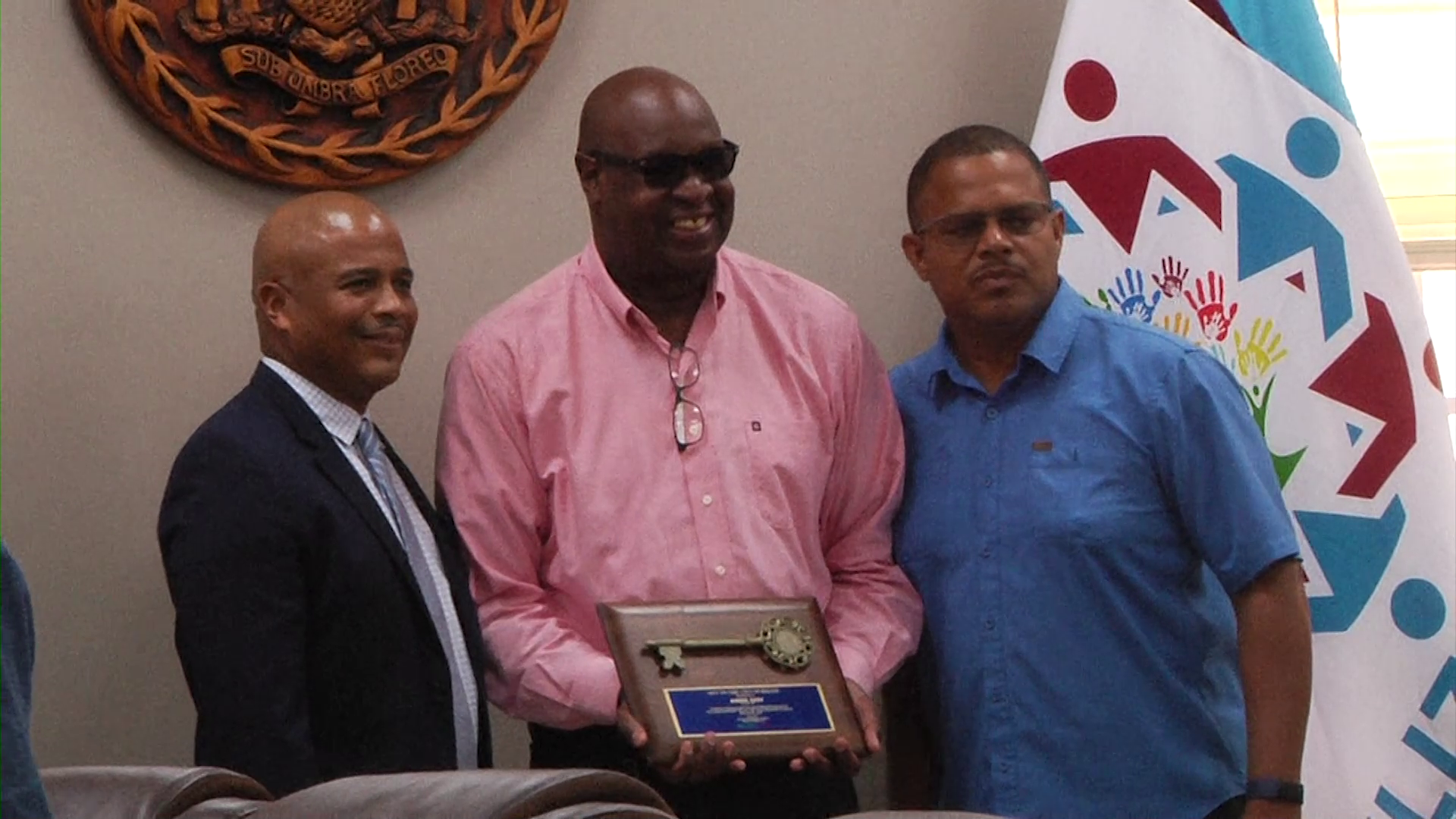 Belizean-born inventor Andre Gray has received the Key to Belize City for the contributions he has made in putting Belize on the map. Gray was recently named one of the most influential people in the world in 2022. He is recognized as the creator of numerous inventions and innovations including software apps, ringtones and other technological advances. Today, the Belize City Council gifted Gray with the Key to Belize City as a token of appreciation for the legacy he has built around Belize. According to Gray, the event was one of the most memorable moments of his life.

Andre Gray, Recipient of the Key to Belize City: “I was very surprised and at the same time very humbled because Belize is my birth country. It’s a great honour. I have one many awards before, over a hundred, this one is especially unique and dear to my heart because it’s the first award I’ve received from my country of Belize. So it means everything to me this award. In terms of my feeling it’s very humbling and very appreciative coming from my birth country. A key ingredient is realizing that sky’s the limit is do not allow anyone to impose their own self limitations upon you. People have a tendency to say well if I can’t do it what makes you think you can do it ? And sometimes they try to drive that home and force it down people’s throats. It kills ambitions, it kills dreams and that’s not right. Instead of saying to someone you can only go so far be encouraging and let that person find their own path. And as I said earlier before inside I believe in self fulfilling prophecy. If you tell people they have talent, they can do anything, the sky is the limit they will actually believe it and they will conceive, believe and achieve what’s in their hearts and minds. Conversely if you tell people “Oh you’re just average. You’re regular. You have no talent.” then that too will be a self fulfilling prophecy and they won’t be overly ambitious because someone else had already determined their path for them. Misery loves company so circumvent the negativity, do not participate or tolerate the crab in the barrel mentality.”

Belize City Mayor Bernard Wagner says that the council is hoping to work with Gray to visit various schools in Belize City to motivate the country’s future leaders and inventors.

Bernard Wagner, Mayor of Belize City: “He’s a national treasure recognized worldwide. Washington Mail, The London Defender, 100 most influential person, person of the year and he’s a born and bred Belizean. Belizean/American not American/Belizean. Belizean/American and he has been responsible, his innovation, his technology driven activities is what got this telephone that you’re using, this technology that we’re using he’s responsible for it. So we have to be able as a nation to acknowledge this national treasure and that is why that is the genesis of this whole event here today. We have to get him in our schools. We have to utilise that resource that’s a valuable resource and so we are planning along with myself and him a Ted Talk that will be our first even we are planning and hopefully we are able to get that off the ground to really begin to drive technology and innovation and invention. We are inventors as well. All the young kid who is in the south side can be an inventor.”

Cabinet Hopes that Listening to the Famers and…