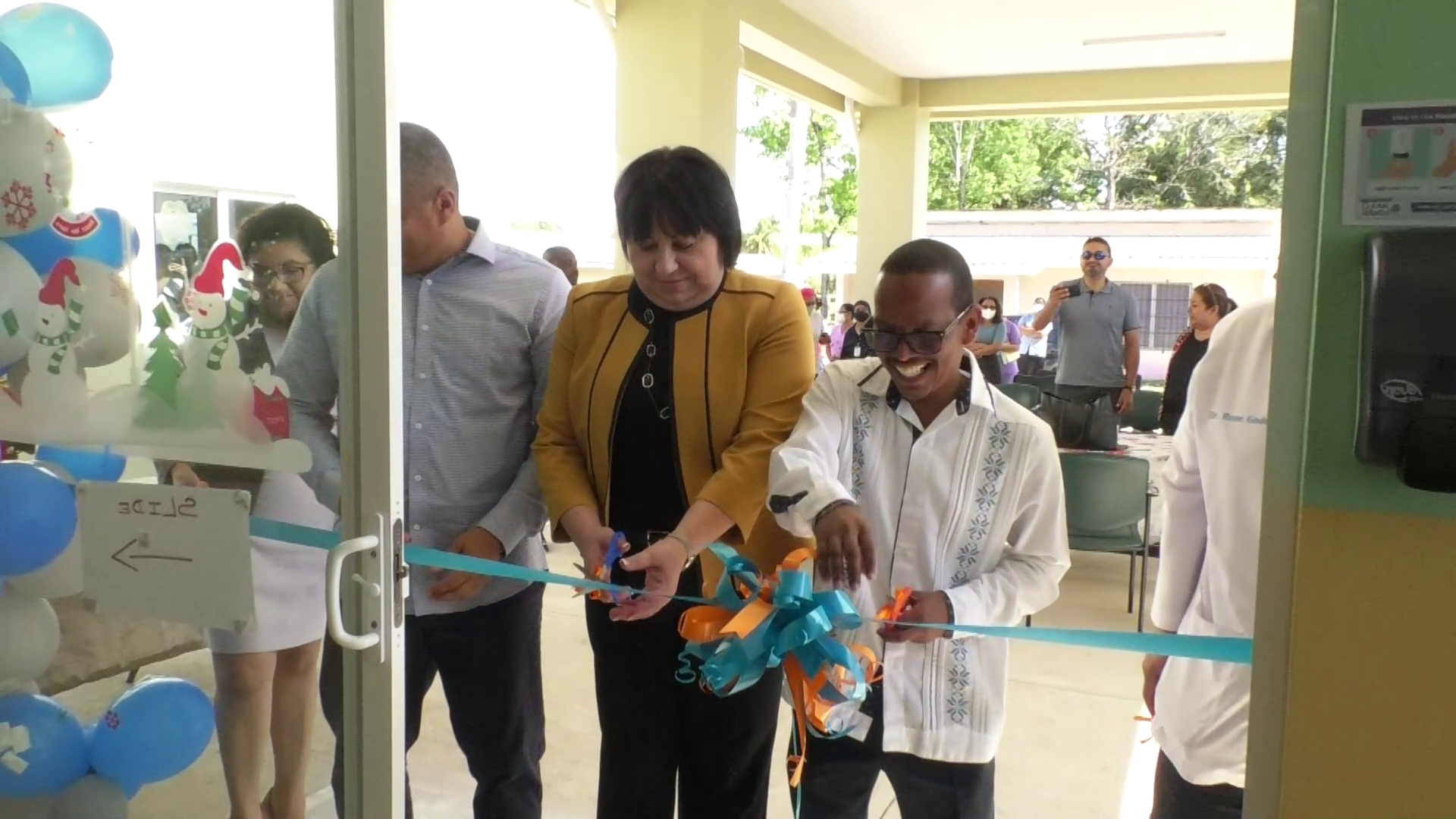 Belmopan has a new poly-clinic

Residents of Belmopan and surrounding communities will now have better access to healthcare through the establishment of a new medical facility. This morning, the Ministry of Health and Wellness held an official opening ceremony for the Belmopan Polyclinic. The clinic, which has now been in use for over two weeks, will be primarily used for maternal care, vaccinations, and general health complications. Minister of Health and Wellness, Kevin Bernard, says the one point four million dollar investment is a part of the government’s commitment to expand healthcare services across the country. Kevin Bernard, Minister of Health and Wellness: “Belmopan has grown significantly and in order for us to ensure that we can provide primary care for our people these are the type of infrastructure development and investment that has to take place across the country and this is testament to the commitment we have made that we need to ensure that every citizen has equal access to healthcare. As I was speaking just a while ago to Dr.Azueta who serves in one of the regions in Valley of Peace area has expressed to us that this will definitely bring great improvement to the Western Regional Hospital and this polyclinic will reduce some of the strain that exists at the Western Regional. As you know the only issue we are still trying to battle with is the fact that we need to ensure that people, human resources are identified and properly staffed. We’ve been putting out ads for doctors, for nurses and other specialized areas so we know those are challenges that will come. With a new facility there are expectations and we want to ensure with all the commitments that we have to put in; the dental services, and other services that we want to ensure that is provided here. It is for us to be able to improve delivery of service to our people especially in health. The Western Regional Hospital was the only facility that really was providing to the people and surrounding areas here and served as a referral hospital for people coming from other areas and so that’s the reason why as well the commitment of the government is to ensure that a brand new tertiary hospital is built in Belmopan City and that is already in the pipeline, we’re almost at the point where we can say we close that deal and we should be able to see then construction started as early as next year.”

Area Representative for Belmopan, Oscar Mira, says the health facility will greatly benefit the surrounding rural communities and ease the workload of the frontline workers at the Western Regional Hospital.

Oscar Mira, Area Representative, Belmopan: “The facility here at the Belmopan Hospital opened in 1970 quite a long time ago and this is one step further in providing adequate services to the people of Belmopan, the surrounding communities but also the surrounding villages of Belmopan. So I think it came at a very good time for us to inaugurate this poly clinic. There’s a lot more work to do. We acknowledge that there is a lot to do in the health sector but this is one step forward and I’m happy to say that the polyclinic has been in operation over the past week and providing the services needed for the residents of Belmopan. Belmopan population has expanded tremendously over the last few years and it continues to do so and we need to keep up with the services that we provide.”

The project was funded through a loan from the Caribbean Development Bank and counterpart funding by the Government of Belize and implemented by the Belize Social Investment Fund.

Representatives from the City of Houston, TX in…