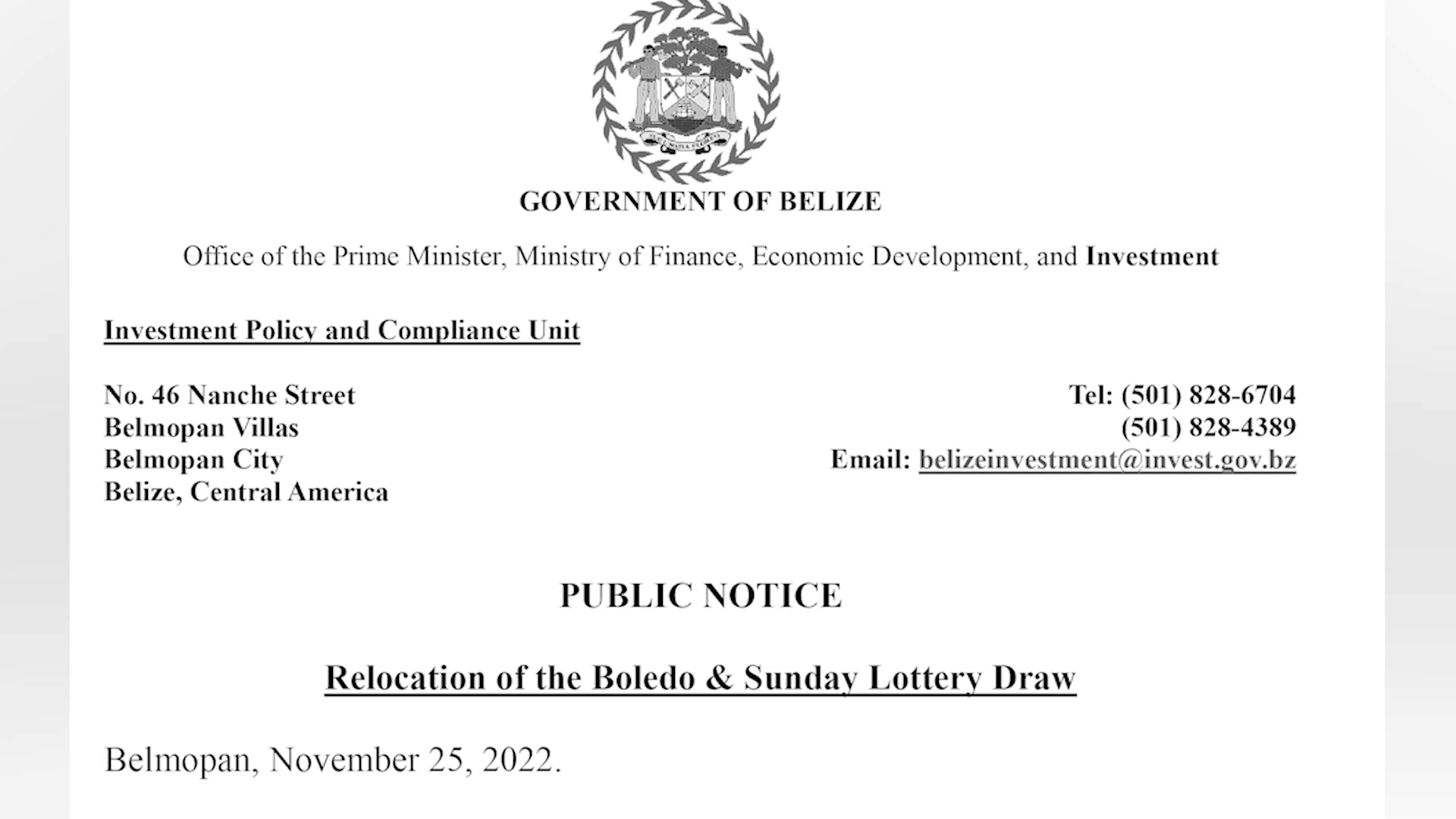 The ceiling, which caved in earlier this week at the Courthouse in Belize City, has forced a temporary relocation of where boledo drawings take place. As most know, the weeknight and Sunday lottery drawings are staged at the courthouse, also known as the Public Building, mere feet from where the ceiling caved in. Love News has since learned that the managers of the lottery, Brads, raised the concern about the structural integrity of the facility in the wake of the ceiling caving in and were scheduled to meet with the Accountant General today on a plan of action. The concerns included the safety of the nightly supervisors and assistants, all of whom are public officers; the health hazard that was posed due to the debris and mold in the building, and the protection of the pricey equipment, which are used for the drawings. This evening, the Lotteries Committee issued a statement saying that the drawings have been relocated to the Magistrates Court Building on 27 Albert Street, Downtown Plaza Building, Unit C3, near the Church Street entrance. The first drawing at the temporary location is tonight and all drawings will be held there until further notice. Boledo will still be drawn at 9:10 p.m. each weeknight and the lottery on Sunday mornings at 10 a.m. and will continue to be broadcast here on Love.