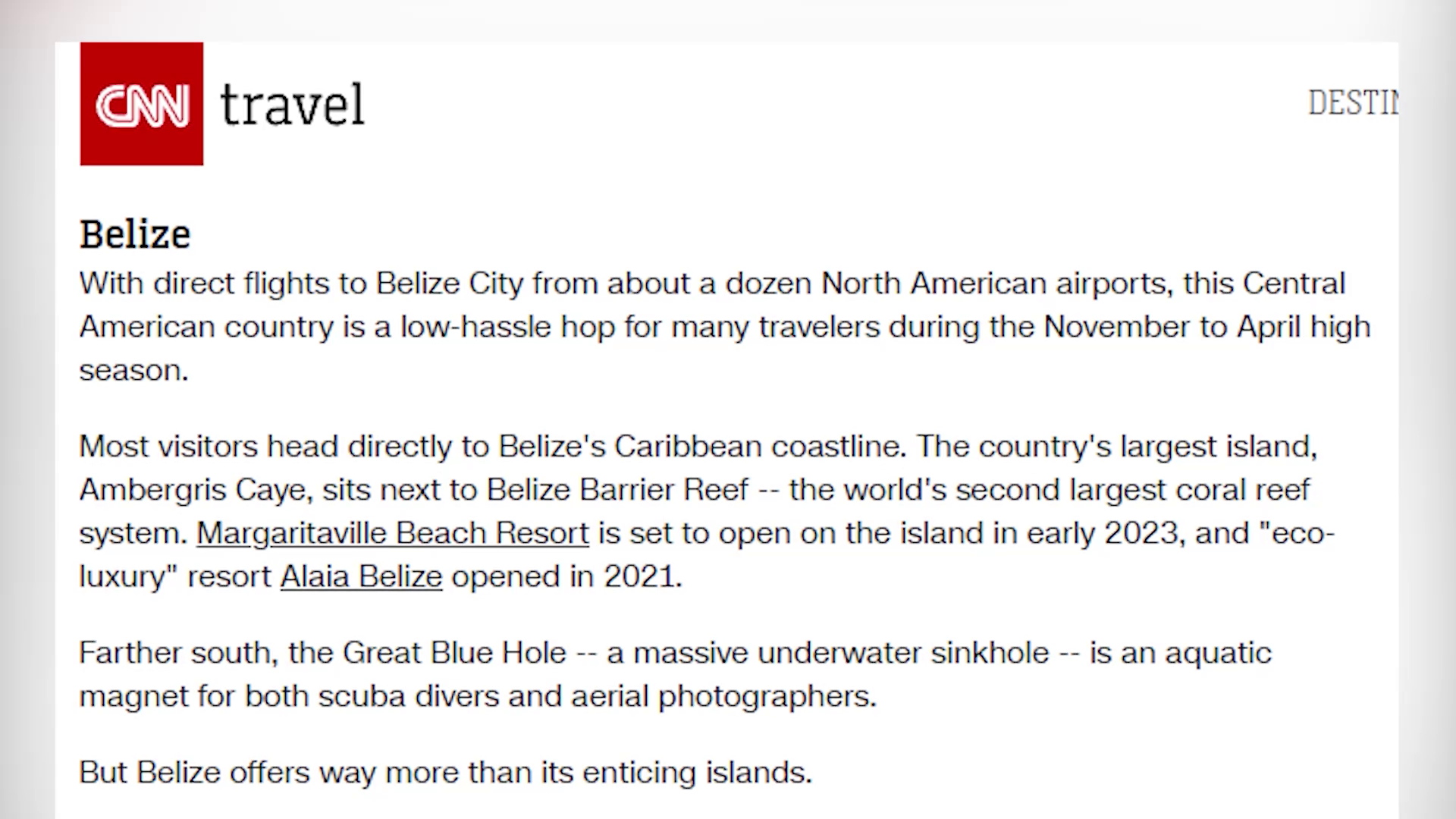 Last week, we reported that CNN Travel listed Belize as one of the top 23 destinations to visit in 2023. The article says that quote, “Belize offers way more than its enticing islands. Lush rainforests, cave networks, winding rivers and rich Mayan archaeological sites invite exploration in a country that’s had an evolving sustainable tourism master plan since 2012” End quote. The Belize Tourism Board says they are elated that the country has been listed and according to the BTB’s Director of Marketing and Communications, Michelle Bowers-Flowers, the country has received more accolades than that recently. Michelle Bowers-Flowers, Director of Marketing and Communications, BTB: “BTB has been on a mission to spread awareness amongst world travelers about Belize’s incredible offerings and honestly we couldn’t be more thrilled to be recognized as one of the top destinations to visit in 2023 by a prestigious international outlet such as CNN which reaches actually over 128 million unique monthly visitors. But it is also important to note that this article was also featured on CNN’s sister  language websites which were CNN in Español and this is syndicated to at least 20 plus other news outlets such as MSN, I believe Flipboard which reached I believe over nearly fifty million additional online readers so this was actually an important feature to be included in because it not only provides significant exposure for the destination on an international scale but it also puts Belize in front of millions of potential travelers who are looking at vacation options for 2023 and we want them to choose us so we are very excited and I would be remiss not to mention that we have other recent recognitions that we have received. I know we were a part of Fodors travel 2023 list, we were a part of 2023 Fudors finest hotel awards, we received Travel Lemmings the best places to travel in 2023, we also received numerous recognition and nominations in Travel and Leisur’s 2023 world best awards which I am encouraging everyone that they should go and vote for Belize. We also grabbed 4 recognitions in the recent Conde Nast Travelers 2022 readers Choice Awards so I must say being recognized among some of the world’s most popular travel destinations makes us very proud.”

Some of the attractions they recommend include Ambergris Caye, home to San Pedro Town, the Great Blue Hole, and archaeological reserves such as Altun Ha./

ITVET Gets Donation from Ministry of Sustainable Development,…