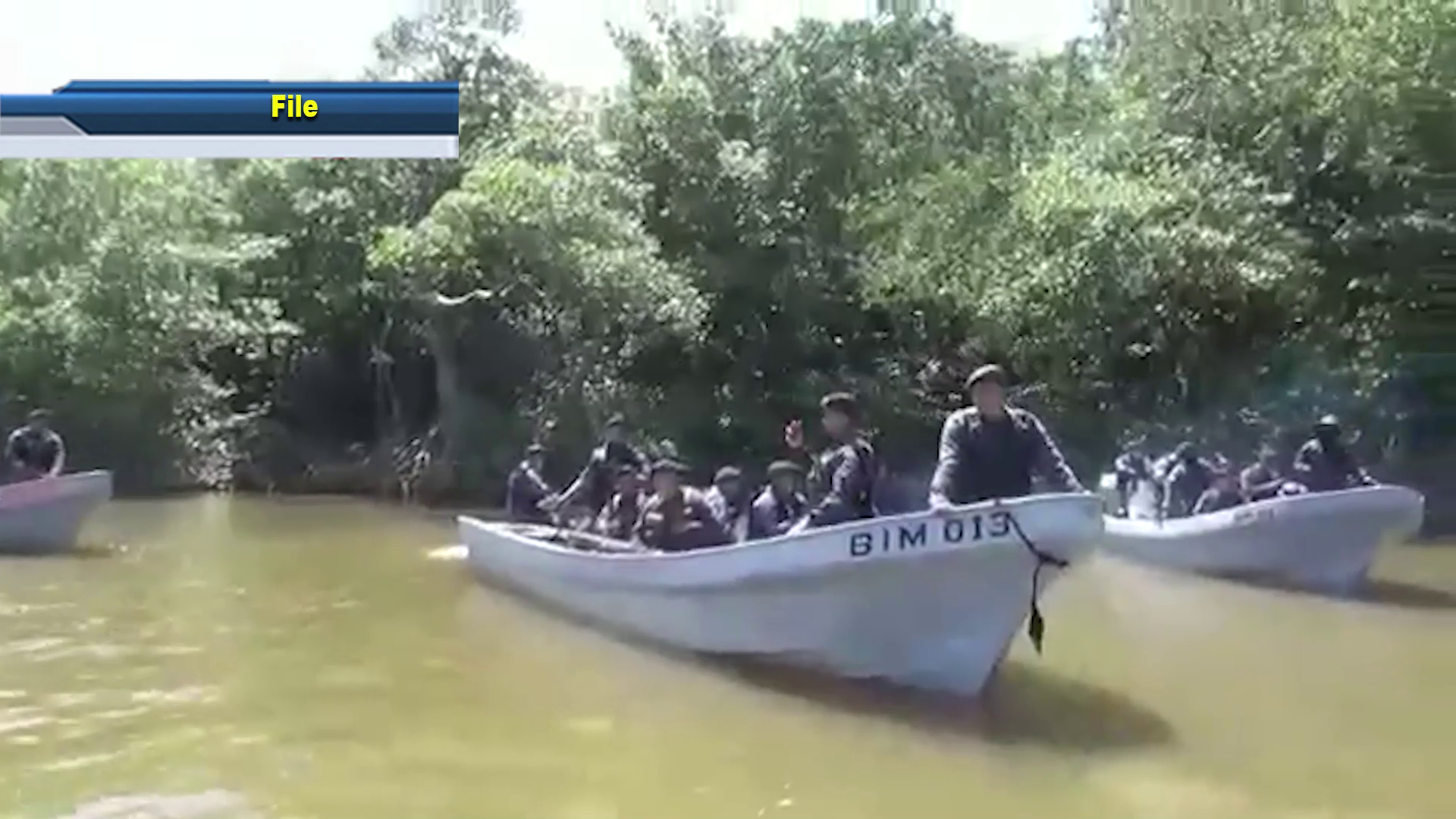 The Belize Territorial Volunteers (BTV) also were on the Sarstoon River this weekend, about six weeks after the Guatemalan Armed Forces removed the Belize flags from Sarstoon Island. We asked BTV Leader Wil Maheia for an update on where those flags are.

Reporter: Have we gotten back that flag yet that the GAF took away from you in September ? Will Maheia, Leader, Belize Territorial Volunteers: “No we have not gotten the flag. It’s over a month now in the 17th of September the GAF came onto the Sarstoon Island which belongs to Belize and took down two of our flags and they refused to give it back to us. We understand from government sources that the flags are in Belize custody but we are yet to see the flags. We are yet to receive any word from the Ministry saying that “Well your flag is here come for it.” “We will give back the flag.” or anything like that. We have not heard a word but we the Territorial Volunteers we continue to press on and do what we do because we love this country. This country is ours so we keep an eye out on the border and we went there this weekend and this is the second time the Territorial Volunteers have taken a contractor to the Forward Operating Base in Sarstoon and this is the second contractor who has said that the base is habitable so there’s no reason why the BDF presence is not there and the BDF now is stationed in Barranco. So there’s go to be again something behind that. Why are they in Barranco and not at the Forward Operating Base ? If they make daily trips to the Forward Operating Base and everyday they bring ten rocks like everybody else is doing to safeguard the coastline all over Placencia, all over Belize, if every time the BDF boat goes down there they bring ten rocks they would have had enough rocks by now to build the sea wall and stop using the excuse that the base is not habitable.”

In addition to the flag, Maheia also commented on the need for more patrols and enforcement of Belizean laws in those vulnerable border areas. Maheia took time to explain that they were met with resistance by the GAF on this occasion.

Will Maheia, Leader, Belize Territorial Volunteers: “This most recent trip to the Sarstoon it was a small contingent. We went mostly to see the Forward Operating Base but the minute we entered the river was the minute the GAF started up their boat and they came onto our side of the river as well so nothing has really changed.”

Will Maheia, Leader, Belize Territorial Volunteers: “Honestly we have not reported it because we’re tired of putting this thing out there, they’ve seen it and nothing has been done to really stop the Guatemalan incursion into Belize territory. I mean same thing is happening in the Chiquibul. When this government was in opposition they made it clear that that will be a priority and today there are still cattle pastures in the Chiquibul. It’s not rocket science. If the Guatemalans can get into the Chiquibul why can’t our Belizean forces get into the Chiquibul ? Guatemala is not better than Belize. The Guatemalans are not stronger than Belizeans. We have well trained Belize Defence Force soldiers and we know that they could enter into that area so it seems like it’s deliberate that they are not in there enforcing the laws.” Over the weekend, the Belize Territorial Volunteers (BTV) went on a surveillance expedition of the Sapodilla Cayes, an area, that Honduras…