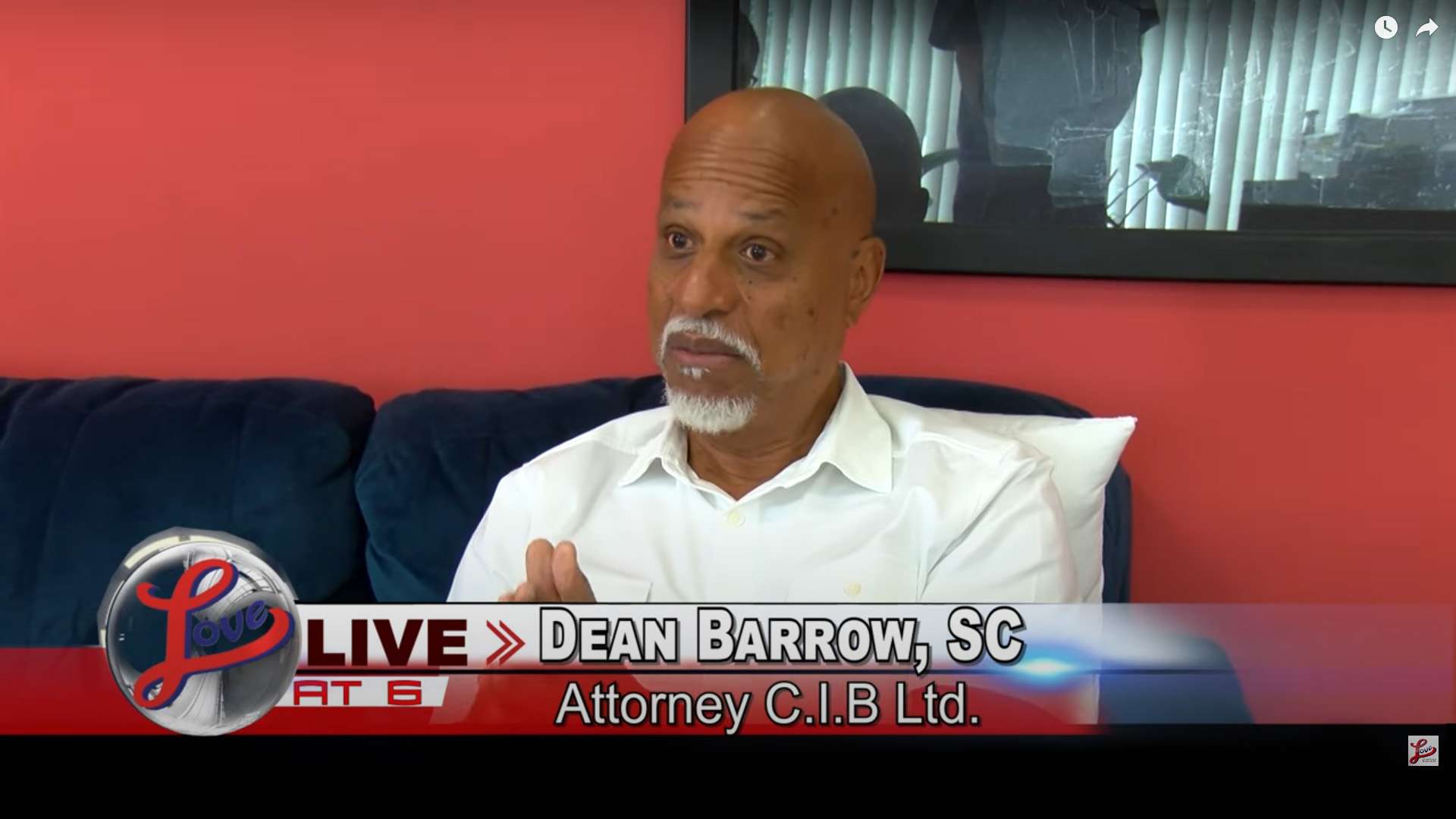 The attorney for Caribbean International Brewery Company, Senior Counsel Dean Barrow is preparing to sue the government for millions of dollars. The company’s owners say that their constitutional rights were breached when authorities confiscated three point one million dollars in cash from its headquarters in Carmelita Village, Orange Walk two weeks ago. Several law enforcement agencies carried out a raid after information on human trafficking was received. Several persons were arrested for immigration offences. The matter has made headlines since the raid was conducted. Barrow says that it has caused irreparable damage to the company which has lost three distributors.

SC Dean Barrow, Attorney: “Because of what has happened their business is in jeopardy number one the three million which is part of their working capital is not available to them so they have got to go and borrow money to find maintain their business that’s number one. Number two at least three of their distributors have now said to them ‘we can’t distribute your products anymore.’ This is heat, this is now a huge public spectacle, there is talk of money laundering which whether I get that sort of evidence formally excluded or not it’s out there come on distributors have said no. We believe that the cash is legitimate because we helped to funnel that cash to you from the sales revenues but this is heat so we will have to back off. There is a suggestion from the companies, from my clients to me I don’t know whether it is true, that in fact word has been given from the authorities to go and search premises of some of the distributors. I don’t know whether that is true, that is intelligence that the clients say they have received I can’t vouch for it but if that happens that just means that they will legitimately be able to say this is an effort, this is a state effort to destroy our business. Even if that doesn’t happen I am saying just the reputational damage and the aftermath of that the knock on effect of that has already caused three distributors to say ‘sorry we have to call a halt to this, we cannot distribute your products any longer’.”

In light of this, Barrow says the company is preparing to file a multi-million dollar constitutional challenge against the Government.

SC Dean Barrow, Attorney: “Apart from this question of the retention of the money by the court they are going to sue. They are going to sue for breach of their constitutional rights the way the search and seizure was effected if the money isn’t given back by the magistrate that will constitute another cause of action, that will go to the Supreme Court in any event but apart from the question of the need for them to get back their money there is the question of the manner in which the search warrant was effected, all that is that’s been said the reputational damage, the fact that their business was disrupted certainly for two days and since then has had to contract without the wherewithal but as well the overall treatment of the company by the state authorities in my view gives that company myriad basis on which to bring a suit, a multi-million dollar suit for damages for breaches of the companies rights including its constitutional rights.”

Reporter:  Have reps of the company indicated whether or not sales have declined because of this?

SC Dean Barrow, Attorney: “Yes, they’ve said first of all all day on the day of the search no work could be done, they had employees frozen in place all that is part of what will ground the application for constitutional relief. The second day they came back to ask to get DVR, all sorts of things so for two days there was no work. Then there was the holiday but in terms of the resumption of work they are hamstrung by the fact that they have to try and get working capital to replace the $3 million that’s been seized and they are now being hamstrung by the fact that distributors, at least to this point 3 have said we can no longer in fact act as your agents. That means that there is a contraction in the business so they are suffering, there are knock on effects. I think they made clear in their press release that sales will contract, volume of business will contract, that means laying off of some members of their workforce perhaps salary cuts, it means not being able to satisfy their consumers to the level and extent that they normally do because of slow down in production so there are all sorts of knock on effects that are causing them extreme damage.”