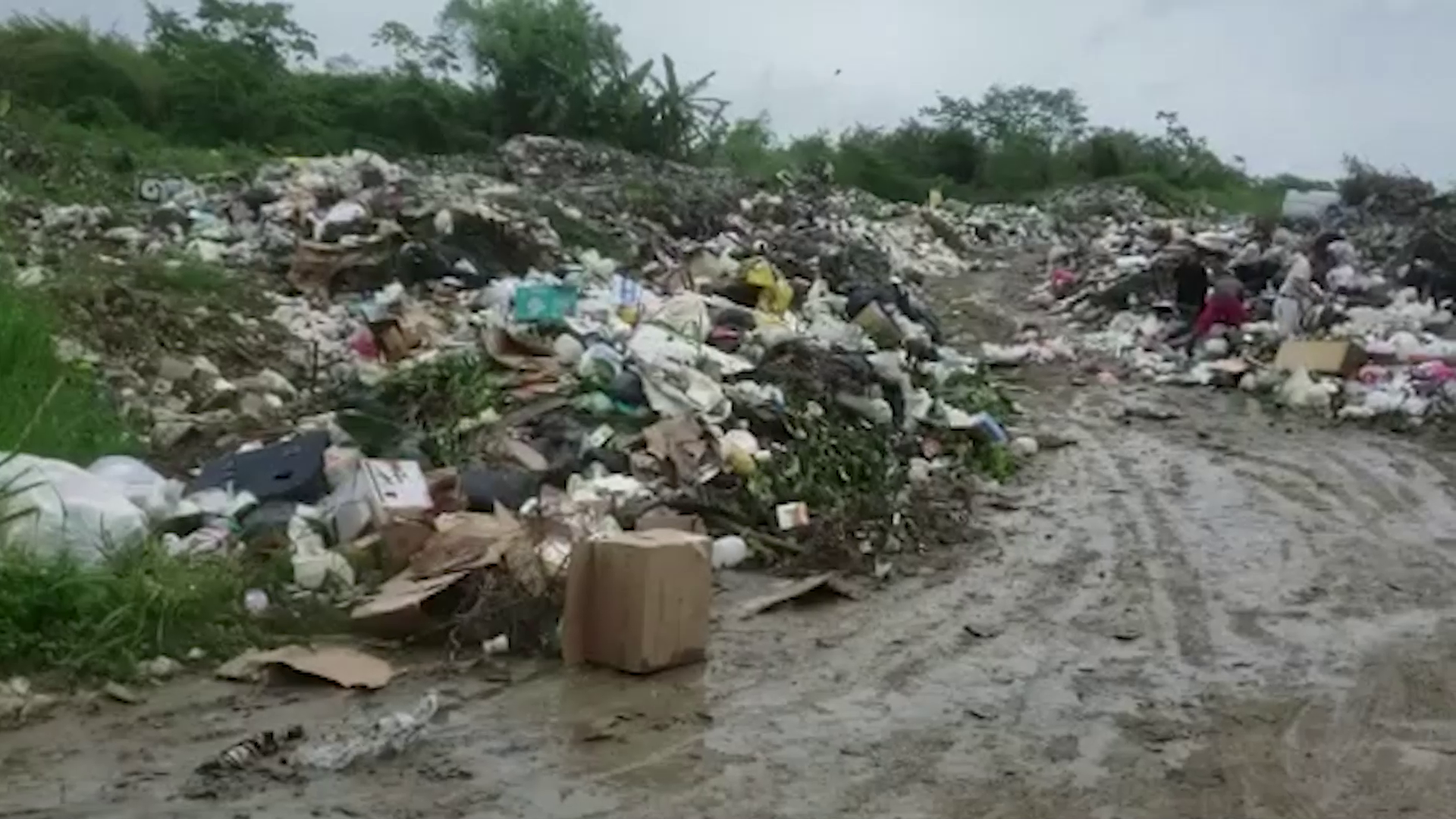 Last night, we reported attorney, Norman Rodriguez’s plight about mounting garbage near his office on Plues Street. Tonight, a garbage collector responsibly for collecting garbage in Cayo South is complaining that he has been unable to offload the trash he collects at the Belmopan Dump Site on the Hummingbird Highway because the entrance of the dumpsite is being blocked with garbage. Correspondent Fem Cruz spoke to Bay Shaw, who says the situation is getting worse.