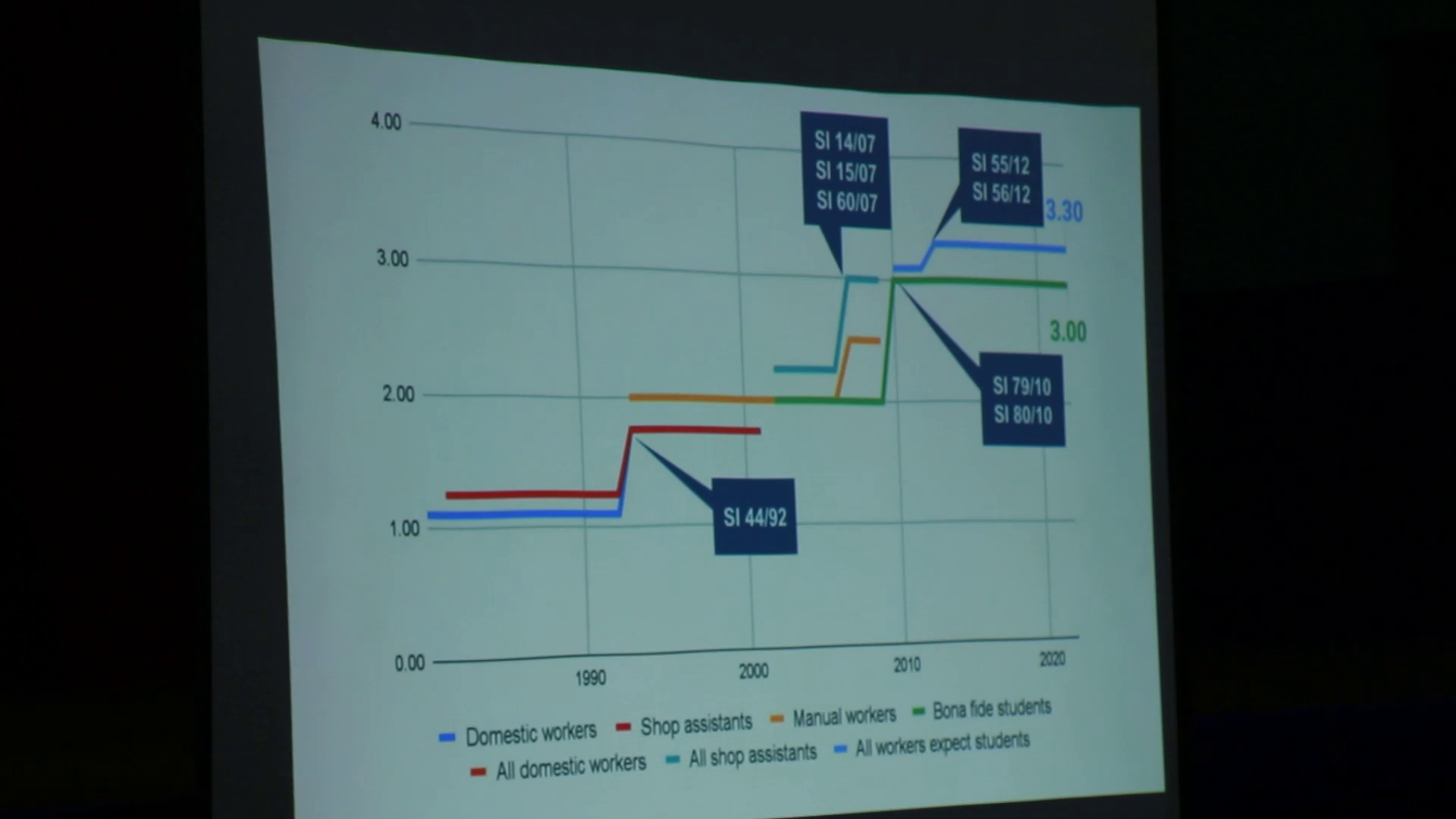 The Belize Chamber of Commerce and Industry has reiterated its calls for a phase-in approach to any minimum wage adjustment. The organisation says that while it supports an upward minimum wage adjustment in principle, many things must be considered. Today, the president of the Chamber, Marcello Blake was asked about that and the reasoning why there was poor participation in the public consultation process. Marcello Blake, President, Belize Chamber of Commerce and Industry: “There are two overarching points. One that that it must be done in a phased manner, it has to be done gradually over time and also for there to be triggers so there’s a formula that we’re recommending should be looked at, doesn’t necessarily have to be used but at least it’s a guiding note for the government to be able to then put the triggers in place so that we’re not in this position where ten years has passed since the last increase, the Chamber supports the increase we are just saying it has to be gradual so that our members can adjust to the economic strains that they will definitely be faced with. You need all the players at the table to able to have the varying views. At the end of the day the Chamber is there to represent its members and the business community and we are supportive of the change we just need to make sure that our members are well represented in that discussion. The politicians as usual continue to what Dion refers to as speech framing which is they get out there and they say what they want to say and then the public takes it as facts when in fact there’s a process. Why go out and make certain pronouncements when you have a task force that was assigned ? Let the process go through to the end before the politicians get out there and speak. I think that’s what they need to take a look at. Obviously for political reasons it works for them but at the end of the day it then deters those who may want to participate in the process to say hey if you’re saying it’s so then it’s so and so there’s no way we can change you mind but in fact for us we need to continue to advocate for our members and we continue to be at the table so that our voices can be heard. As I said before members felt that okay the government has spoken, this is the way things will go and so why would I I don’t want to use the term waste my time but why would I invest additional time and resources to be at the consultations when in fact the government is saying it doesn’t matter what you say $5 come January 1.”

The chamber has outlined a raft of concerns that this may have on the economy, which includes the displacement of unskilled workers. The Chamber’s Chief Policy Analyst, Dyon Elliott outlined some of the possible scenarios Belize is looking squarely at. Dyon Elliot, Chief Policy Analyst, Belize Chamber of Commerce: “We are in agreement with the increase in the minimum wage but if you consult the ILO’s balance and evidence based approach it says to you among other things that there is a gap between what workers needs and what the economy can afford and it goes on to tell you the ILO it goes on to tell you that in their minimum wage policy guide that if you are going to make these changes you need to be successive and gradual because if you do it to fast, if you try to do it in one fell swoop you can trigger adverse economic effects. So what are those adverse economic effects ? There is the potential disemployment effects, low skill workers you can see a situation where there is less demand for low skill workers. You can see some low skill workers losing jobs. It is possible you can see where no wage benefits are cut because as employers are struggling very thin margins, some of them are still in the red actually you find that they might okay we’ll just cut back on non wage benefits, bonuses, extra holiday time whatever the case may be try and make ends meet. You may also see – which is my biggest concern and I think everybody’s biggest concern is when you look at the change in the employment structure, the composition of the workforce. There has been evidence in other jurisdictions where a too sharp change in the minimum wage over night has led companies to say well instead of hiring ten low skill workers lets get four semi or high skill workers and reduce the hiring for those low skill workers basically going completely contrary to the redistributive effect that the minimum wage policy was supposed to be protecting against anyway. So the employers and businesses are gonna find ways to off set these costs. Another thing you may have is on you the consumers. Some companies I won’t say which industries have already started to prepare themselves to pass on prices to absorb the increased costs. There are at least eleven different things the empirical works and research in this area has shown can happen. Now what you should ask the government is which one of those is likely to happen in Belize ? Has that study been done ? Do they have that evidence based approach to determine which one of that ? Is it inflation ? I can tell you some of that has already started. So in terms of effect there is a cost component on yes the employers immediately but there is also potential negative effects on the rest of the economy.”

Ministry of Ed. continues to move towards competency-based…