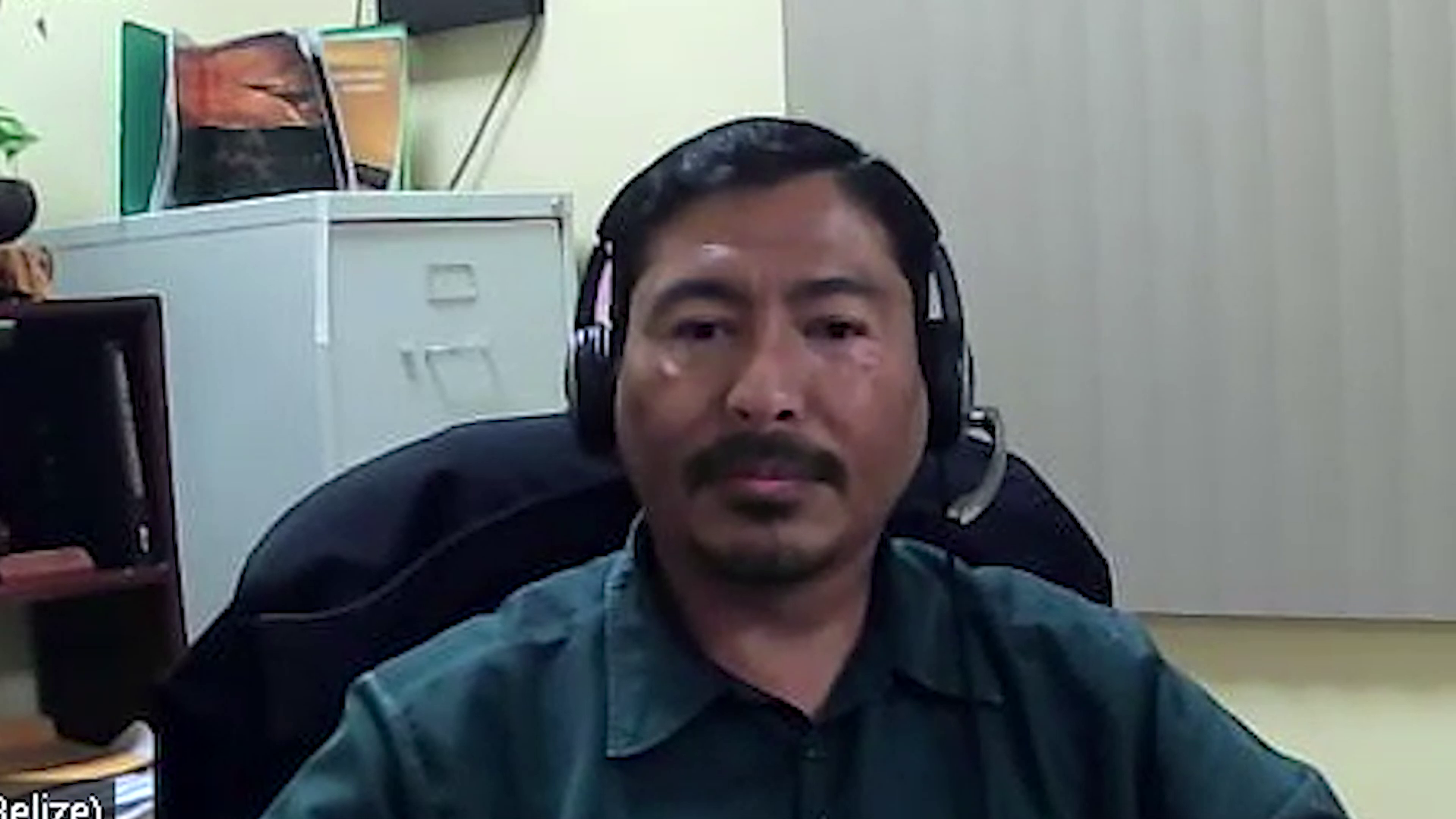 Yesterday, the Department of Environment (DOE) announced that it had rejected the Port of Belize Limited Cruise Tourism Facility and Cargo Expansion Project. A one-page press release from the DOE states that following a meeting of the National Environmental Appraisal Committee (NEAC) which decided to not grant the project environmental clearance, it decided to accept NEAC’s recommendation and would not be granted environmental clearance. The press release does not give a reason for the rejection. However, a letter obtained by Love News explains the rationale behind the DOE’s decision. The letter is dated December 5, and it was sent to the CEO of the Port of Belize Limited (PBL) Andrew Lane by Chief Environmental Officer, Anthony Mai. On page three of the five-page letter, Mai tells Lane that while NEAC recognized the potential positive social economic benefits of the proposed projects, because of the concerns raised by the public and careful discussion and deliberation, NEAC recommended that approval not be granted. Mai describes that recommendation as well-founded. Mai says that some of the main concerns of NEAC which formed the basis for DOE’s decision included the effectiveness of the methodology proposed in the 2022 EIA report to contain the dredge spoils and the containment system utilizing geotextile which had not been used before and therefore poses a risk of failure. Mai also tells Lane that there is a risk of detrimental impact on the environment resulting from the disposal of dredged spoils in the proposed nearshore site. For the DOE and NEAC, this remains a concern given the sensitive nature of the Belize Barrier Reef System. There is the potential risk of disrupting marine life, fishing grounds and navigation south of the containment area. Today, Mai explained further the DOE’s position. Anthony Mai, Chief Environmental Officer, DOE: “The Port of Belize proposed project basically is one of the largest dredging related projects ever contemplated in Belize. The project proposed to extract about 7.5 cubic yards of material which is quite a large volume of material. The proposal was for the material to be placed on shore and offshore. The offshore area would have been near shore. It would have covered an area of 1,200 acres approximately so the NEAC’s concern was that the information provided with the IEA report did not sufficiently convince them that it would have been able to contain the dredged material and that if the system would have to fail that the negative environmental impacts from that filler would have been significant to the area south of the proposed disposal area and will also lead to impediment of navigation within that particular area. Another concern was that it would have impacted the fishing grounds and the Belize Barrier Reef large and far in terms of the possible impacts to the Barrier Reef. So the major concern was that the volume of material in terms of volume is significant and the containment structure that was proposed the committee believed was not adequate enough or information was not provided to kind of satisfy the committee that it would have been able to contain that volume of material satisfactorily.”

And then there are concerns as to whether the proposed containment system will be able to withstand the impacts of frequent and magnitude of weather systems. Mai tells Lane that although there had been some consultation with stakeholders, including communities adjacent to the project site, this was inadequate in the methodology and coverage. NEAC and the DOE also expressed that there was a general concern that the information and analysis provided in the EIA were dated, general and not specific to the proposed project, and/or supplied with insufficient field assessment. Here is how Mai explained it.

Anthony Mai, Chief Environmental Officer, DOE: “That a system like this has never been used before in fact we had requested information from them as it relates to examples of where it has been used worldwide and the example that was provided was not sufficiently clear as it relates to again the examples that they provided was not similar to what they want to do in Belize so that again was a challenge for the NEAC to consider. But the possible impacts from the possible failure of the containment system would obviously be sedimentation. So sedimentation leading south of the proposed disposal area would have significant impacts on the marine life within the area. As you know one of the impacts of sedimentation is that it blocks sunlight from reaching the seafloor and so all the marine life in that area that are not able to move out of the area would be impacted and those that depend directly on sunlight would be impacted. Also again the sedimentation basically in terms of the plum would basically stretch down south away from the project site and then sediment would be deposited on certain organisms as well which may lead to again habitat destruction, biodiversity loss etc. So again it’s just the possible impacts from the failure of this system would be significant. In fact the information also suggests that the materials contains some level of heavy metals although the report did mention that the levels that were detected were not above the permissible or the risk levels but still if you have sediment flowing south of the disposal sight with heavy metals in it again it could lead to other major environmental impacts.”

Reporter: Okay so just to be clear the DOE’s acceptance of NEAC’s recommendation is mainly based on the lack of knowledge ?I mean we don’t know if this can happen but we would say no to prevent any damage. Is that the case

Anthony Mai, Chief Environmental Officer, DOE: “Well it’s not just that again the information that was provided was not convincing to the NEAC that the containment structure that they would have used would have been able to contain the spoils, the amount of spoils that they want to put within the area. And  as I had mentioned the examples that they provided from around the world where geotextile material had been used to contain spoil was not the similar application as what they’re proposing on Belize. For example they had identified  other areas where geotextile materials has been used to contain but the volumes that they provided in their examples was quite low. Even the application of it in terms of above ground versus within the water system itself. So those differences basically could not compare to what they want to do in Belize and so NEAC felt in a way that because this is the first time that a system like this is being proposed and it is to be proposed in Belize because we have one of the largest living barrier reefs in the world that the risk was too great.”

But while NEAC and the DOE have rejected the project, regulation 27 of the Environmental Impact Assessment Regulations allows PBL to appeal the decision with the Minister of Sustainable Development, Orlando Habet. That appeal must be made within 21 days.

Reporter: Have you gotten a response from that latter you sent to Mr.Lane the CEO of PBL ?

Anthony Mai, Chief Environmental Officer, DOE: “I haven’t received any response from them so far. “

Reporter: Okay and is it that we expect that PBL will appeal to the Minister within the twenty one days ?

Anthony Mai, Chief Environmental Officer, DOE: “Well the letter that we sent to them identified and notified them that again this is a provision of the law and they could chose to use that provision if they so choose.”

Reporter: But do you expect that a case may follow your decision because of who is involved ?

Anthony Mai, Chief Environmental Officer, DOE: “Well at this point in time really and truly the ball is in the developer’s court. They have the right to of course appeal and they also have the right to legal redress they could choose to use the court to do that. I won’t want to speculate if they will do that or they won’t but again it is their right to do so if they choose to.”

Reporter: And then the right to appeal to the Minister in this case Minister Habet is it natural for him to follow the recommendation from NEAC and DOE  and still reject the project or has there been an instance where the minister overruled or overturned the decision from the DOE and NEAC ?

Anthony Mai, Chief Environmental Officer, DOE: “The environmental regulation has provisions or guidance for the appeals process and so the law states that after the developer has been involved of a decision he or she has twenty one days to appeal to the minister. The minister then must put in place a tribunal, the law is specific on who is to be on the tribunal it says that a representative from the judicial system, the Senator representing Private Sector and a suitably qualified person appointed by the Minister responsible for the Environment. And so the minister in case of abiding by the law should convene the tribunal, should identify these persons. The law also speaks to the fact that the tribunal has the right to again put their own rules and procedures in place and that they’re not bound by evidence as it relates to the normal court system. It does say that the decision of the tribunal then is final so it’s not the Minister who has the final say but it’s the tribunal who has the final say.”

Reporter: And has there been an instance where the tribunal goes against the decision from the DEO and NEAC ?

Anthony Mai, Chief Environmental Officer, DOE: “There has never been, in my memory, the use of a tribunal. I was told that one may have been done for the Chalio case but I’m not aware of that so to my own knowledge the tribunal process has never been activated. If it has maybe probably once in the past it has been activated.”

Love News reached out to Lane and he said that (quote) “At this point in time, we have no comments or statements to make.” (end of quote)