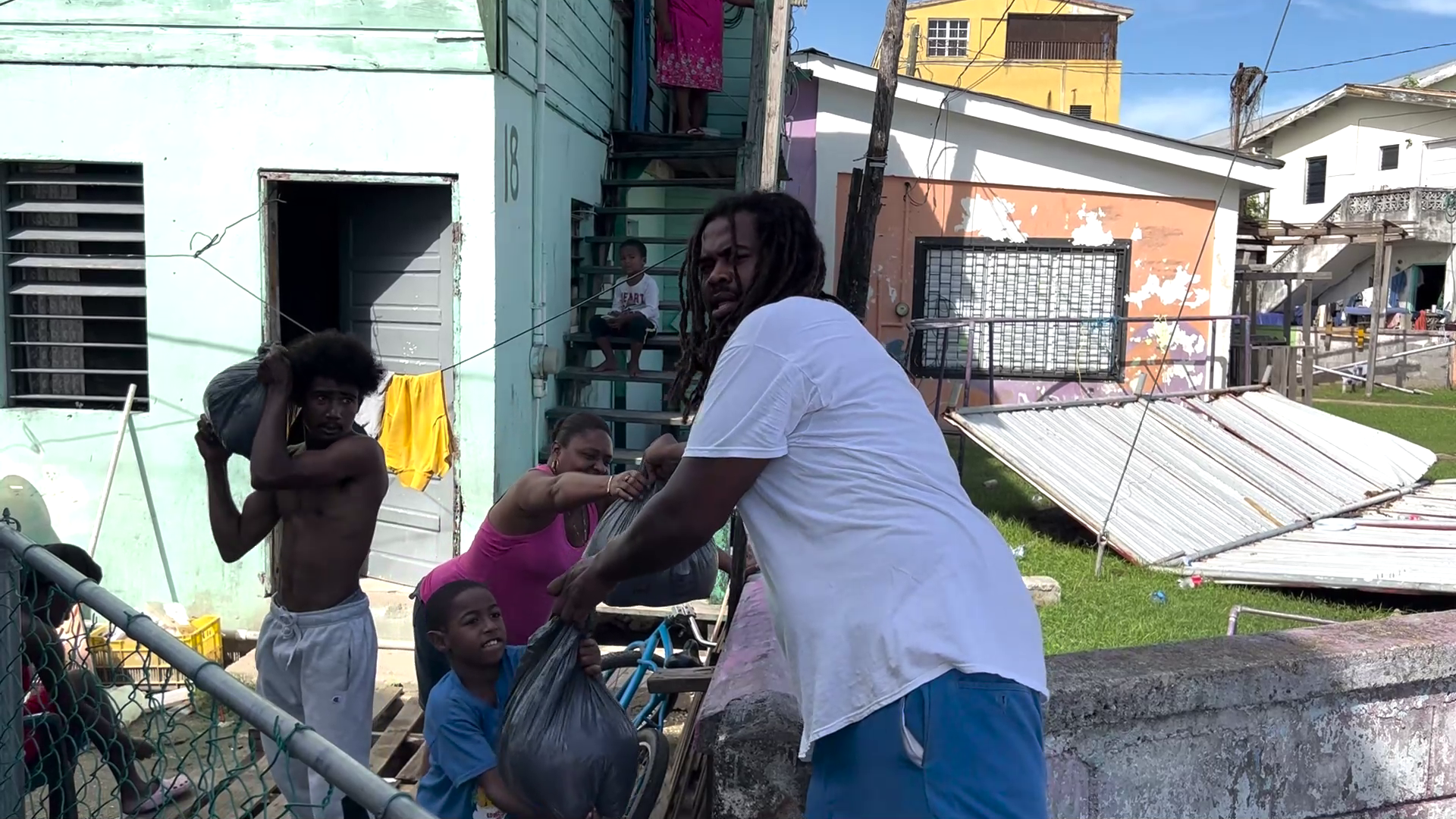 For the second year running, residents of the most vulnerable communities in Belize City received assistance, thanks to a Secret Santa. The food hampers were prepackaged and distributed on Saturday. Dale McDougall tells us more about the program in the following report.

Dale McDougall, Love News: Residents in three communities in Belize City received packages of food supplies over the weekend. It was coordinated with a silent donor – a Secret Santa – and with the help of hubs, which are supported by the Love Foundation. We met some of the recipients in Majestic Alley receiving their gifts. Michael “Big Mike” Francis – Handz & Heartz Hub: “Today is a special day because the Secret Santa is around and we’re giving back some groceries to the community and other people that need it.”

Dale McDougall, Love News:­ And tell me a little bit about the types of people that will be benefiting ?

Michael “Big Mike” Francis – Handz & Heartz Hub: “Alright we basically see Hurricane Lisa came recently and destroyed a lot of homes, a lot of families so every little thing that can be given to someone right now is greatly appreciated especially since it’s the time of giving, it’s the Chrstimas time so whatever we could give back right now it would be greatly appreciated because people are going through quite a hard time since they were heavily impacted by this storm.”

Dale McDougall, Love News: For those at the Prolific Minds and Hearts Hub, this gift could not have come at a better time. Sheldon Sosa – Prolific Minds & Hearts Hub: “This is an initiative we kicked in since the Hub opened last year. This is the second time they’re doing it and again as you can see it’s another positive turn out.”

Dale McDougall, Love News: And what kind of people was this drive targeted to ?

Sheldon Sosa – Prolific Minds & Hearts Hub: “Mostly the people in the community that can’t really meet their budget how they would have wanted tso this came in quite handy for them.” Elwin “Ras Bobo” Lewis – Go Green Eat Clean Belize Hub: “It’s a little thing that has bene going on for a couple years now the Secret Santa and now for a little time now I’ve been working with Secret Santa and those people and now it came to give a little help in my community so I appreciate it to help out my people in my little community to just show the appreciation and the thanks to give back to the community.”

Dale McDougall, Love News: How many people more or less will be benefiting from this today ?

Dale McDougall, Love News: And what’s in the bag ?

Elwin “Ras Bobo” Lewis – Go Green Eat Clean Belize Hub: “Well nothing much but something they can appreciation, some beans, flour, sugar, rice and a little can of sausage so we’re just giving back a little something so we just hope they appreciate it.”

Police, the Anglican and Methodist Churches give back…

A group of Good Samaritans are assisting HelpAge…