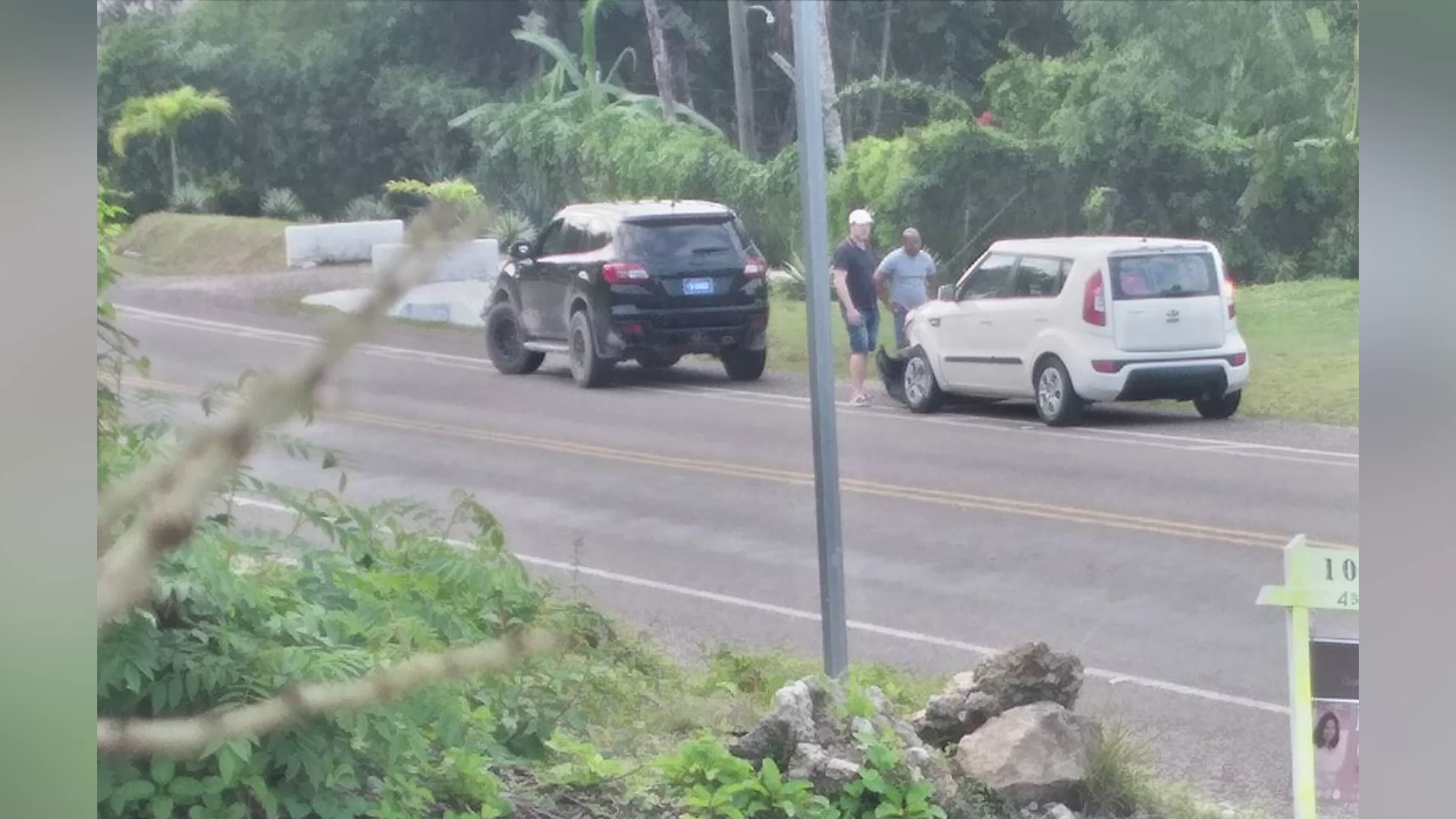 ComPol Williams cleared of any fault in weekend fender bender

The Commissioner of Police Chester Williams was involved in a fender bender over the weekend and police say he has been cleared of any fault. On Sunday, Williams was travelling on the George Price Highway in his Ford Explorer SUV when the incident took place. Williams was reportedly trying to overtake a vehicle near Blackman Eddy Village when he was rear-ended by a small white car driven by a tourist. According to Williams, while he was overtaking the vehicle in front of him decided to make a left turn without looking and collided with his back wheel. Police Press Officer, ASP Fitzroy Yearwood, says that Williams was cleared of any fault in the incident and will not be served a notice of intended prosecution. ASP. Fitzroy Yearwood, Public Relations, Belize Police Department: “Well if he was at fault then that would have been done but clearly the investigators that visited that scene have indicated to our office that the Commissioner of Police was not at fault.”

Reporter: Sir but the road had the two solid lines and I don’t drive but I know you’re not supposed to overtake when it’s the two solid yellow lines.

ASP. Fitzroy Yearwood, Public Relations, Belize Police Department: “Well that’s an argument for the court room and between the Commissioner and the other driver.”

Tertiary Level Students and MSME’s To Benefit from…