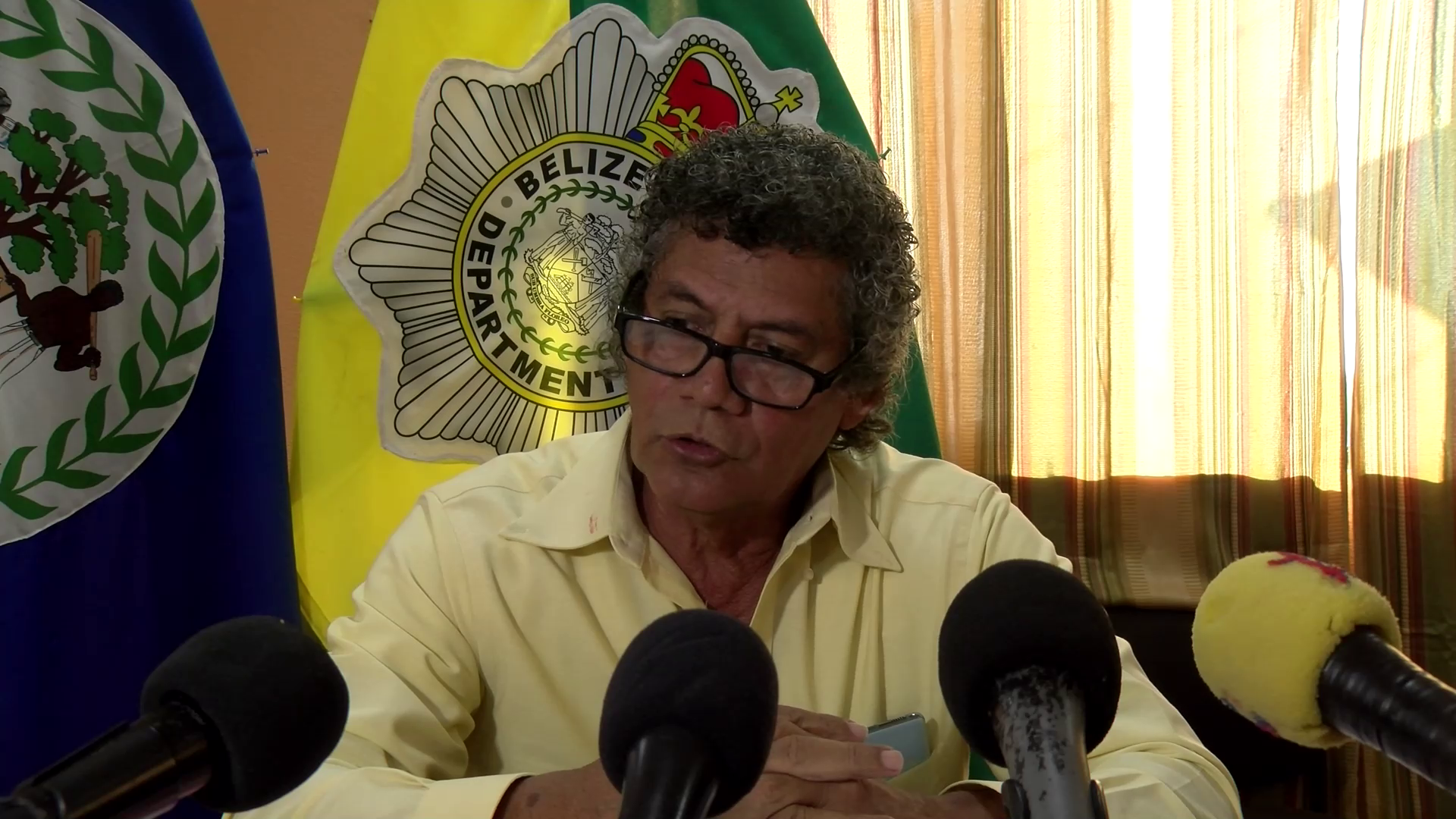 Yesterday, the Commissioner of Police Chester Williams and Senior Counsel Richard “Dickie” Bradley revisited the Fareed Ahmad case file to clear the name of the accused killer cop, Elmer Nah, as a suspect in the murder. Bradley spent the weekend meticulously going through the file and the over thirty witness statements that were recorded by the police. He says that while Nah was identified by the accused cop, Constable Michelle Brown, nothing was tying him to the murder. Bradley explained that Nah was questioned by the police concerning threats that were sent to Ahmad’s family from numbers that were confirmed to belong to him. Richard “Dickie” Bradley, Attorney: “An investigation was launched, BTL was brought into the picture and so on and it was confirmed that the two cell numbers from where the threats are emanating were numbers connected to Elmer Nah. However an application was made to the Supreme Court and the judge and the Supreme Court ordered that the records of those two numbers, among other numbers Michelle Brown’s number, the deceased’s number, several numbers and to dispel any speculation BTL would produce calls and so on and there is no record of any connection between officer Brown and Fareed Ahmad. It’s not like they were playing with one another and “come pick me up.” “I’m coming right now.” nothing. The investigation revealed that yes the two numbers are Mr.Nah’s numbers and he gave a statement which confirmed that he had changed one number and had switched to a 610 number which is the other number texts were coming from and that he had given a family member, an elder family member his first number. It could not be confirmed that in fact he was sending the threats. The police came upon an app which showed that there is a way in which a person could make a call come from your number although you did not send such a call or such a text.”

The Commissioner also weighed in on the allegation and says that while the numbers belonged to Nah, there were no text messages sent to Ahmad’s family from them. He says that the text messages were

proven to be fake and created to cause mischief. Chester Williams, Commissioner of Police: “We investigated everything including the numbers that the text messages were allegedly coming from and during that process we had applied to BTL to get the phone records of those phones and again from BTL the phone records showed that there was absolutely no communication between that number and the number that allegedly received those texts. So it was our conclusion that the message were fake messages created by someone to create mischief.”