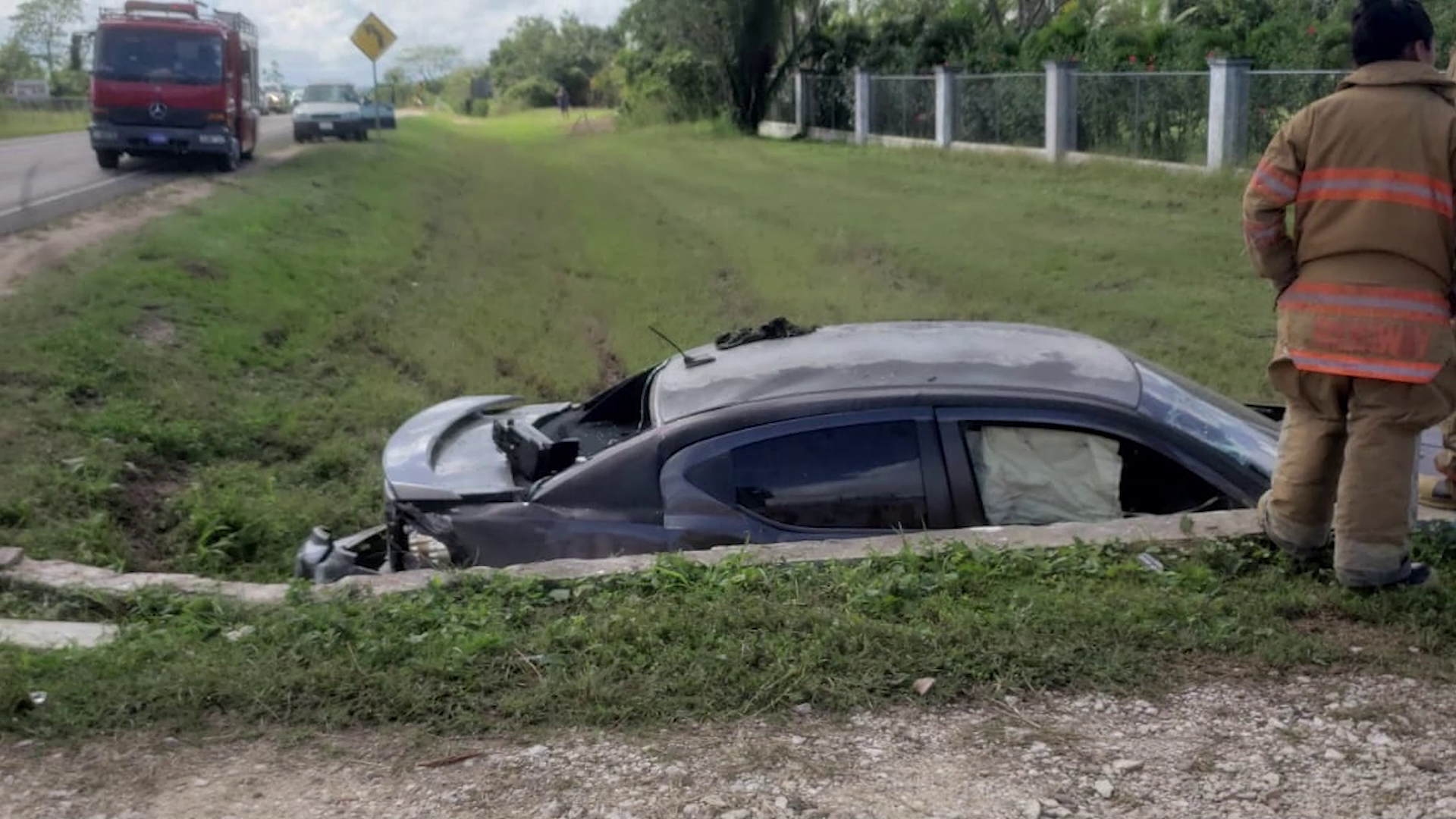 A police officer was injured in a road traffic incident on the outskirts of Belmopan City around noon today. PC Nelson Milton Jr. was traveling in a Dodge Challenger on the George Price Highway when he lost control around mile 48. Cayo Correspondent Fem Cruz was on the scene and tells us more. Fem Cruz, Cayo Correspondent: A road traffic incident some time around twelve thirty this afternoon on the George Price Highway in front of the Don Hector Silva Air Strip in Belmopan left a police officer, Nelson Milton Jr of Camalote Village Cayo district, hospitalized. Love News was the first media house to arrive at the scene and spoke to an eyewitness.

Eyewitness: “All of a sudden I saw outside the road and I guess the dog that was passing by the road he didn’t want to hit the dog. The person in that black car tried to swerve and I guess that’s how he crashed. We quickly ran outside to see if maybe we can help him or something. We tried to open the door but it was locked so we couldn’t do anything. First from the traffic department they were trying to open the doors and they were talking to him, asking him if he can speak back to them and after that they were trying to call the police and the fire engine. So right after the traffic [officer] came a police car was passing by and was stopped and they came to check.”

The Magistrate Court Is In Bad Shape