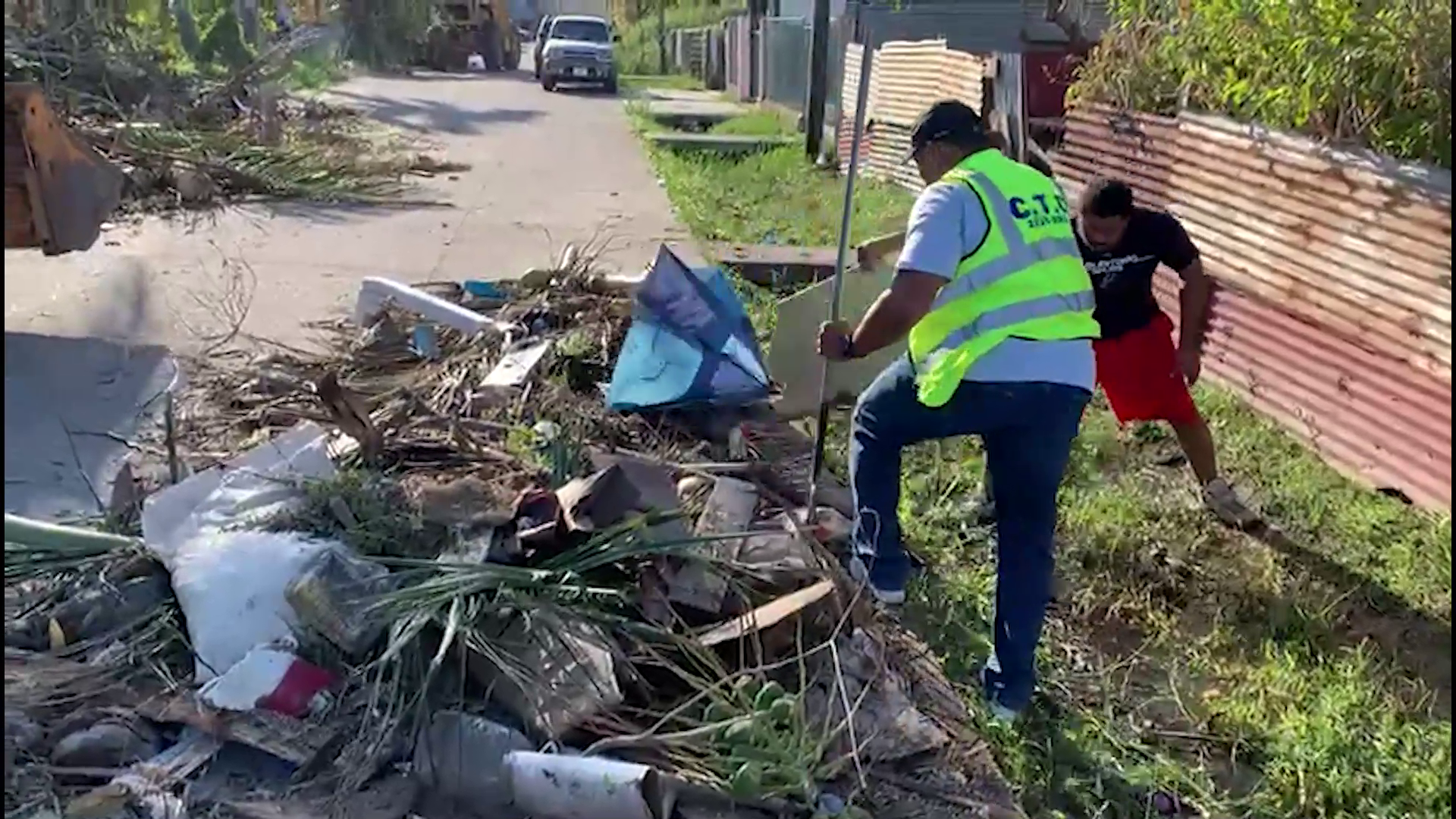 Representatives of the Corozal Town Council were in Belize City over the weekend distributing pantry packages to hurricane victims. They also participated in the city clean-up campaign. Reporter, Giovanna Moguel, was on the ground to capture the team’s efforts. She tells us more.

Giovanna Moguel, Love News: Lisa, Lisa, Lisa – This category one hurricane changed the tone for the remainder of the year. Her violent winds pried roofs of its trusses, caused the homes of many to collapse, knocked down powerlines, and uprooted lofty trees from the earth. Although she is now a thing of the past, her remnants lay scattered on the city streets. And, even after almost two weeks of seemingly never-ending clean-up campaigns, there is still so much to do. This prompted a team from the Corozal Town Council to extend a helping hand and on Saturday they spent the day cleaning up in the King’s Park area. Corozal Town Mayor, Rigoberto Vellos, says it was Belize City this time, but it could very well be Corozal next time. Rigoberto Vellos, Mayor of Corozal Town: “We have been on the ground since this morning helping the mayor to clean up here in Kings Park and we can see the amount of debris so we know the amount of damage that Lisa did to the residents of Belize City. Like I said we need to help one another. Right now it’s Belize City you never know when it will be Corozal and I’m sure that the Belize City residents will also respond the same way Corozal responded.”

Giovanna Moguel, Love News: The team of ten hit the road at five o’clock in the morning and swiftly got to work when they arrived at the city and saw the mounds of debris littering the ground. Vellos says their assistance was welcomed by the community, but he encourages them to be more involved in the clean-up efforts.

Rigoberto Vellos, Mayor of Corozal Town: “It feels good to see some people that I had known ever since I can tell you that the response has been very positive. People have been very motivating welcoming the Corozal Town Council to Kingspark particularly to Lizarraga Avenue and we’re happy. We’re glad. We’re glad that we can do something for Belize City. It’s always a pleasure to be in Belize City you know. We’re trying to do our best in making sure that all this debris is moved from the street. I see people taking advantage also of the situation bringing out their garbage which is good in a way it gives the opportunity to clean the city as much as possible. The community involvement is what I believe is missing a bit you know the residents it would be great if they would also come out and give a hand. They have to help the city council. It has to be well united as one city.”

Giovanna Moguel, Love News:  According to Vellos, it was not a difficult task to render assistance to Belize City because the Mayor’s Association has been discussing how municipalities can assist one another on a regular basis.

Giovanna Moguel, Love News: The brutal force of Hurricane Lisa was an eye-opener for most people to the effects of climate change, and, Mayor Vellos, emphasizes that citizens need to do their part in protecting Mother Nature’s delicate balance.

Rigoberto Vellos, Mayor of Corozal Town: “Yes Lisa has passed and maybe some people are still confused and wondering what’s gonna happen because their roof blew off or they lost items from their home but stay positive and believe in God you know ? That’s the most important part never lose focus and never lose faith in God. Lisa is a natural disaster and we cannot decide where it would go and we need to be very careful and pay good attention at climate change because the weather is changing. Any storm that comes after this is totally different, it keeps getting stronger so we need to do our part as responsible citizens to make sure that we protect the climate. You know climate change is serious we cannot take it for granted.”