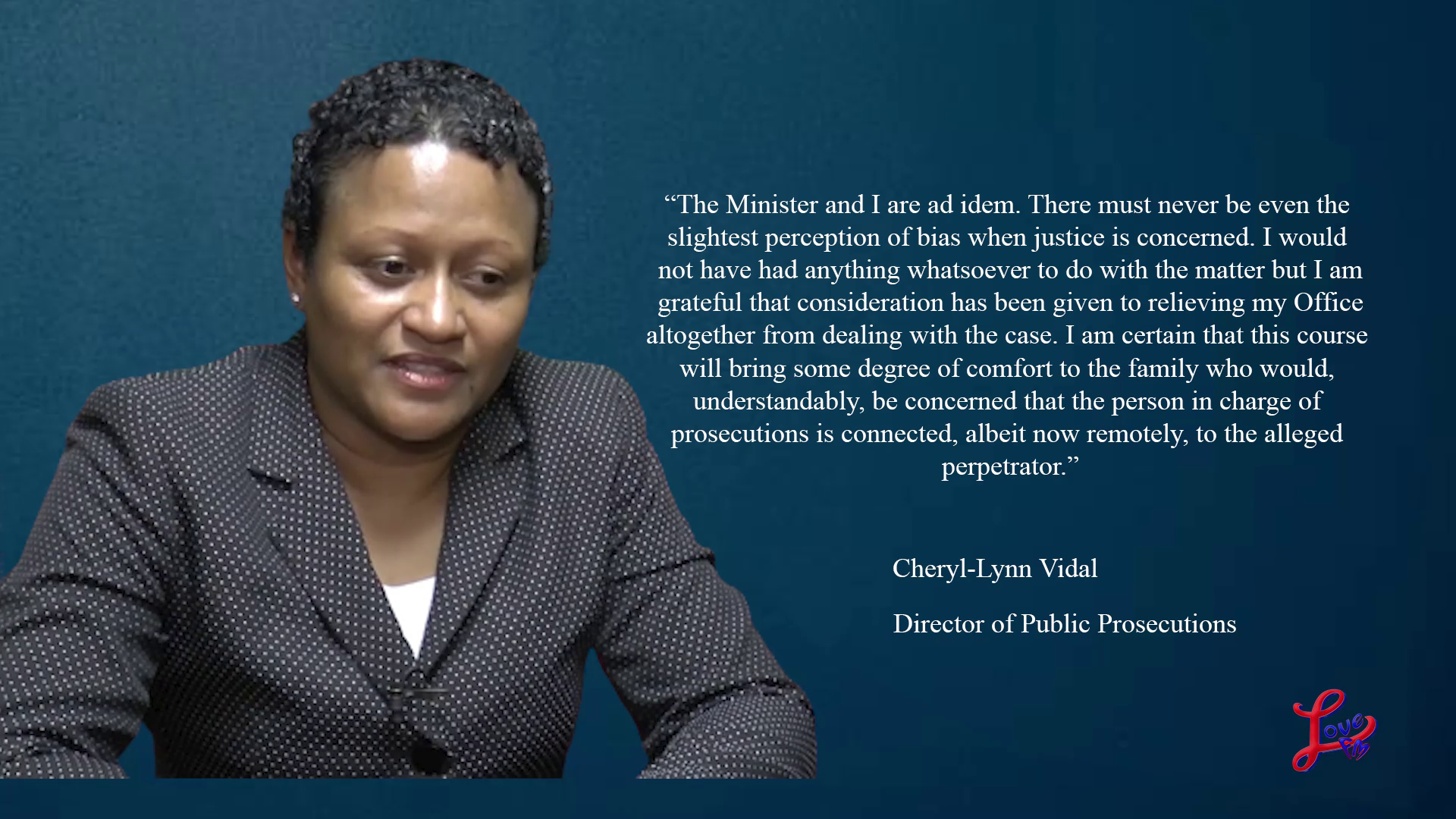 Police Corporal Elmer Nah remains at the Belize Central Prison. He stands accused of murdering brothers Jon and David Ramnarace and attempting to murder Vivian Belisle. Nah is on remand on two counts of murder, one count of attempted murder, one count of dangerous harm and one count of deadly means of harm. Investigators strongly believe that Nah is the gunman that ambushed the family while they were at their residence in Belmopan on New Year’s Eve. Nah who is no stranger to the law denies the accusations, saying that he is being wrongfully accused. He is the nephew of former Assistant Commissioner Marco Vidal who is the estranged husband of the Director of Public Prosecutions Cheryl-Lynn Vidal. During yesterday’s press briefing, Home Affairs Minister Kareem Musa explained that a special prosecutor will be contracted for the case. Minister Musa said (quote) while it is that the DPP may, on her own, want to recuse herself from this case because of her relationship through marriage, we are taking no chances and in fact, we will be hiring a special prosecutor for this case, of course, in conjunction with the family.” (End of quote).

Love News reached out to the DPP for comment and she said (quote) The Minister and I are ad idem. There must never be even the slightest perception of bias when justice is concerned. I would not have had anything whatsoever to do with the matter but I am grateful that consideration has been given to relieving my Office altogether from dealing with the case. I am certain that this course will bring some degree of comfort to the family who would, understandably, be concerned that the person in charge of prosecutions is connected, albeit now remotely, to the alleged perpetrator.” (end of quote)