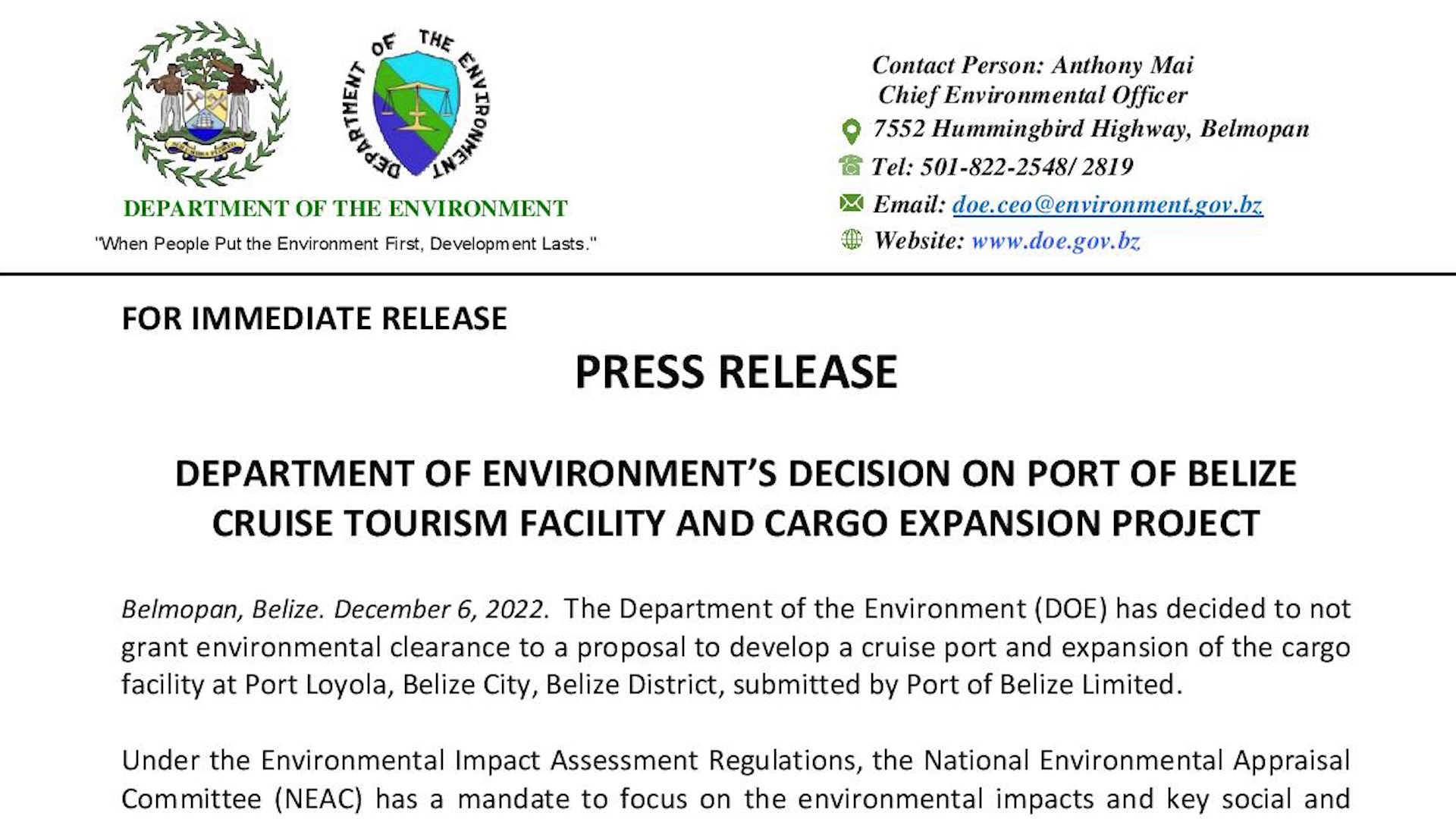 This evening, the Department of the Environment has announced that it will not be giving environmental clearance to the Port of Belize Limited for its cruise port and expansion of the cargo facility in Port Loyola, Belize City. (DOE VO STARTS)  The DOE says that it has (quote) “decided to not grant environmental clearance to a proposal to develop a cruise port and expansion of the cargo facility at Port Loyola, Belize City, Belize District, submitted by Port of Belize Limited.” (End of quote) DOE says that following a process of public consultations, exchanges with the developer and site inspections, the NEAC, at its meeting held on November 24, 2022, recommended, on the basis of the scientific and technical information before it, that the project not be granted environmental clearance. As such, DEO says that it has given careful consideration to the recommendation of the NEAC and has informed the developer that the department accepted the NEAC’s recommendation and would not be granting environmental clearance to the project. It is expected that legal proceedings will commence because of this latest decision. We’ll keep a close eye on the developments.