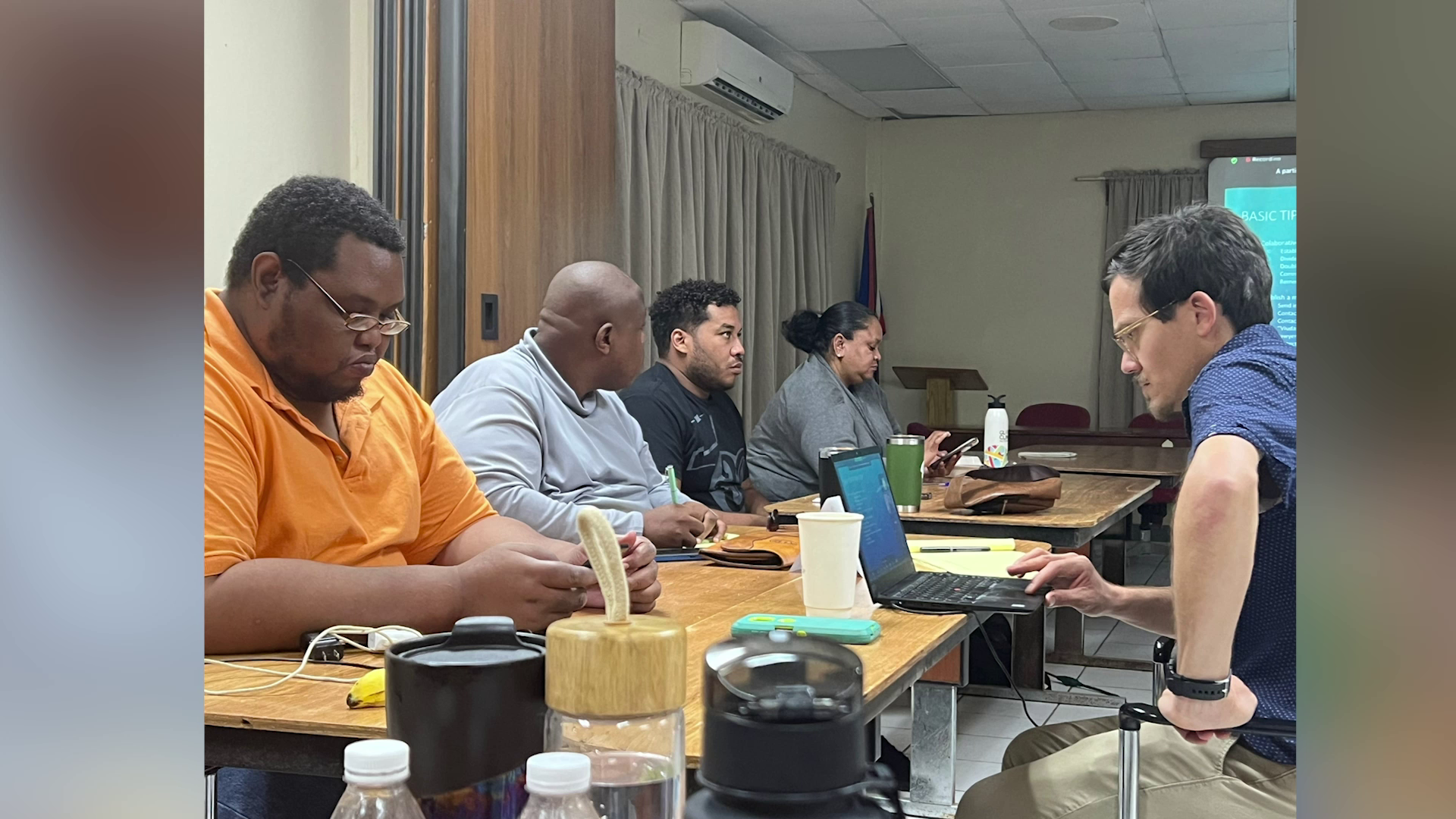 EJN Reps in Belize to Speak with Journalists

Representatives of the Earth Journalism Network returned to Belize this month to conduct a journalism project with local reporters. The project was about reporting on the ‘blue economy.’ As a part of this initiative, similar to 2019, there was a workshop and a field trip off the coast of Belize City. The sessions were conducted by local experts, as well as reps from the EJN team. Dr. Sam Schramski, Special Projects Editor spoke to the media. Dr. Sam Schramski, Special Projects Editor, EJN: “We are involved in coordinating a workshop on the Blue Economy in Belize and it is a workshop that is primarily funded by the Summit Foundation and the Summit Foundation has granted the Earth Journalism Network funds put together a training workshop to build capacity for journalists in Belize and only in Belize focused on the blue economy which as many of you know and as Valdemar just explained encompasses aspects varying from transport to fishing to questions about carbon credits to waste management all having to do with economic aspects of the ocean. So that’s what we are – and most of the workshop is focused on the subject itself so trying to build capacity in presenting a subject which a lot of journalists worldwide don’t understand very well,  perhaps journalists in Belize I’m sure actually understand better but nevertheless it’s something that we feel needs to be understood in detail because it’s very complex and also as part of that we are rolling out story grants so that journalists in Belize can actually produce stories with financing from the Earth Journalism Network as funded by the Summit Foundation to do more complex, to do more involved, to do more in depth stories that they might not or nearly have the resources to put together because of their very busy nine to five schedules and so this is sort of an opportunity for journalists in Belize not only to understand the subject better but also to ultimately have an opportunity to do stories, to tell stories that they’ve always wanted to but haven’t had an opportunity to date to do so.”

Reporter: And it’s not the first time that you are all working with Belizean journalists correct?

Dr. Sam Schramski, Special Projects Editor, EJN: “That’s correct. I can’t speak to all the details on that because this is the first time that I’ve worked with Belizean journalists but the Mesoamerican Reef Opportunity which my colleague helped coordinate worked with Belizean journalists as well as other Central American journalists, of course countries part of the Mesoamerican Reef to tell stories about reef specifically which of course are one aspect of the blue economy but not the only and of course as the years have gone on Earth Journalism Network which started in 2004 we have on and off over the years funded story grants for Belizeans somewhat related in some cases related to the ocean but obviously related to terrestrial issues as well, forests and the like obviously Belize is a very biodiverse country and so we’ve helped fund stories and workshops and trainings and projects in the past related to Belize.”