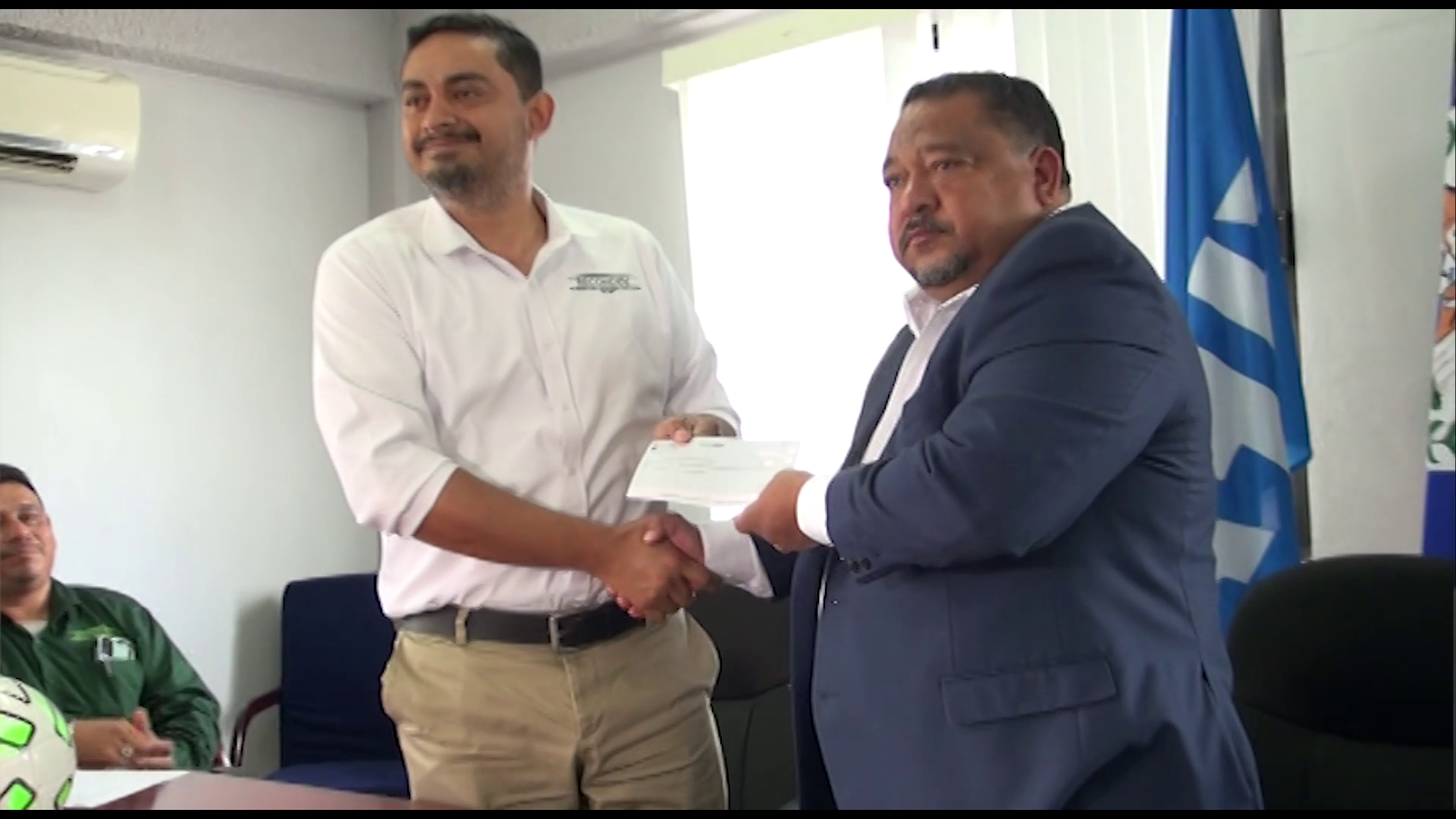 The Football Federation of Belize (FFB) has signed a land sale agreement with the government to purchase an additional portion of land near its HQ in Belmopan. The property was previously being leased to them by GOB but after several meetings, the government decided to sell them the parcels of land at a reasonable price. The purchase was facilitated by RECONDEV, which is an arm of the Belmopan City Council. Sergio Chuc, President of the FFB, explained that the 19 acres of additional land will assist the federation in future endeavours to invest monies acquired from FIFA to develop the property and the sport in Belize. Sergio Chuc, President, Football Federation of Belize: “As we continue developing the master plan for the football federation how we are going to see the entire property look in the next four or five years we realized that we did not have the back portion of the land under any proper documented lease and that is when FIFA said well you need to have proper title for the land in order to continue the investment. We cannot continue investing in a property which is not secured and the discussions started with Recondev the Reconstruction and Development Corporation and it took a while but we are here today and we are happy that the price we are paying a little over $900,000 of course we would have preferred to build two synthetic pitches in Orange Walk that my good friend the mayor is here who is the chairman of the Orange Walk FA and possibly one down south or in the city but we have to secure the property and the property cost a lot more money than that and today I want to give my thanks on behalf of the federation to Recondev who gave us the kind consideration of giving a steep discount on the cost of the land and so as the general secretary said it’s a little over nineteen acres the back portion and we are getting it for $903,000. I think it is a deal. We are very happy about it and that will secure our future investments in the property.”

Chairman of RECONDEV, Brian Mira, says that without this agreement the federation would have not been able to continue receiving monetary support from the Federal International Football Association (FIFA). Brian Mira, Chairman, Recondev: “It’s a decision that was not taken lightly. We got together with the Minister of Sports, with the area representative of Belmopan because it’s competing interest. Belmopan is in need of land for its citizens but at the same time there was a unique opportunity for FFB to own the land around the stadium which puts them on a good footing for the future and it’s not usually the case in other countries as we had a meeting with FIFA themselves who said that it’s a unique opportunity for FFB to really put a solid foundation for the future. Of course we are glad that we could help the FFB and the footballing community in the entire country. It’s not just gonna help Belmopan it’s gonna really really help the entire football community in the entire country. I am just glad that we can actually get this transaction done. The monies I know you want to spend it on football stuff but it’s also gonna be put to very good use. We have been working in Belmopan doing infrastructure supporting other social programs in Belmopan so be assured Mr.Chuc that money will be put to very good use.”