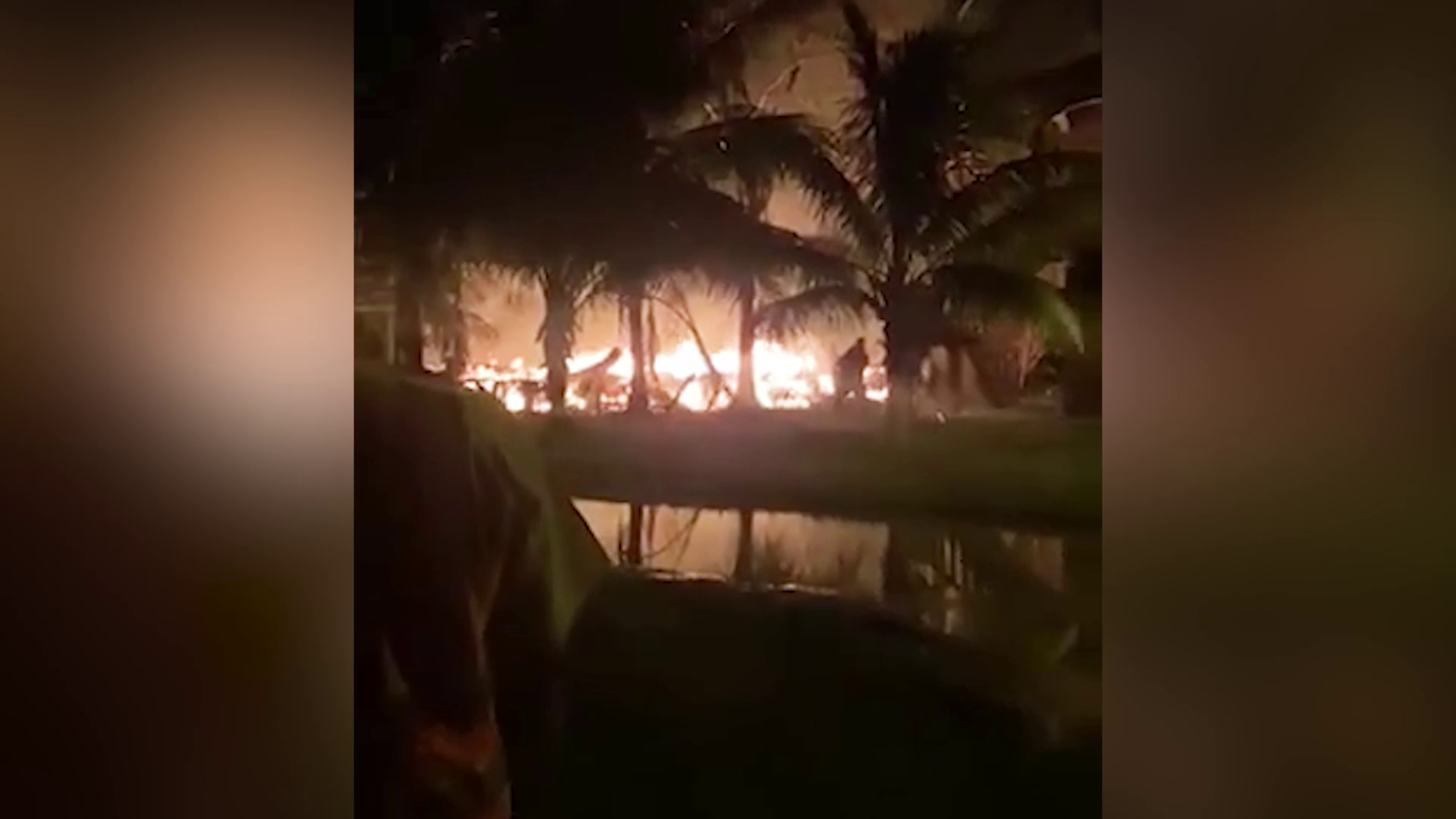 A fire in rural Belize gutted the house where three men were gunned down last month. On Friday night, a blaze broke out at a structure in Sandhill Village where forty-three-year-old, Emerson Garcia, twenty-year-old Jareem Davis, and nineteen-year-old Charleston Jenkins were executed. On November 20, the men were socializing inside the home when they were murdered. According to Police Press Officer, ASP Fitzroy Yearwood, the police are yet to determine if the two incidents are related. He says that a final report from the Fire Department will determine whether the fire was an act of arson or an accident.

ASP Fitzroy Yearwood, Public Relations, Belize Police Department: “For me to say that that is connected I’d have to wait for the results from the fire department who are doing an investigation to prove whether it was arson or not. We know that on Friday police had to go out to a scene at MIle 19 SandHill Village the owner of that house that burnt is believed to be in the US so until we get some form of clarity from the fire department we reserve to comment on that fire.”

Reporter: While if indeed the department’s investigation says it was an act or arson how heart wrenching would that be to the department given that you guys did two walkthroughs in that community following that triple murder and if indeed its arson it maybe an act of intimidation.

ASP Fitzroy Yearwood, Public Relations, Belize Police Department: “Well if its an act of intimidation then I’m certain our investigators will be able to prove it. I can tell you that we have made every effort to make Sand Hill Village safe for the law abiding citizens of that village. We have recently gotten a police vehicle to patrol also in that area. We have increased personnel and we will continue to do our work with diligence so that we know that we have factors in that village that are determined to break the law and we have our people there to investigate and hopefully bring them to justice.”

Notably, on Friday Garcia who was believed to be the main target in the incident, was laid to rest.