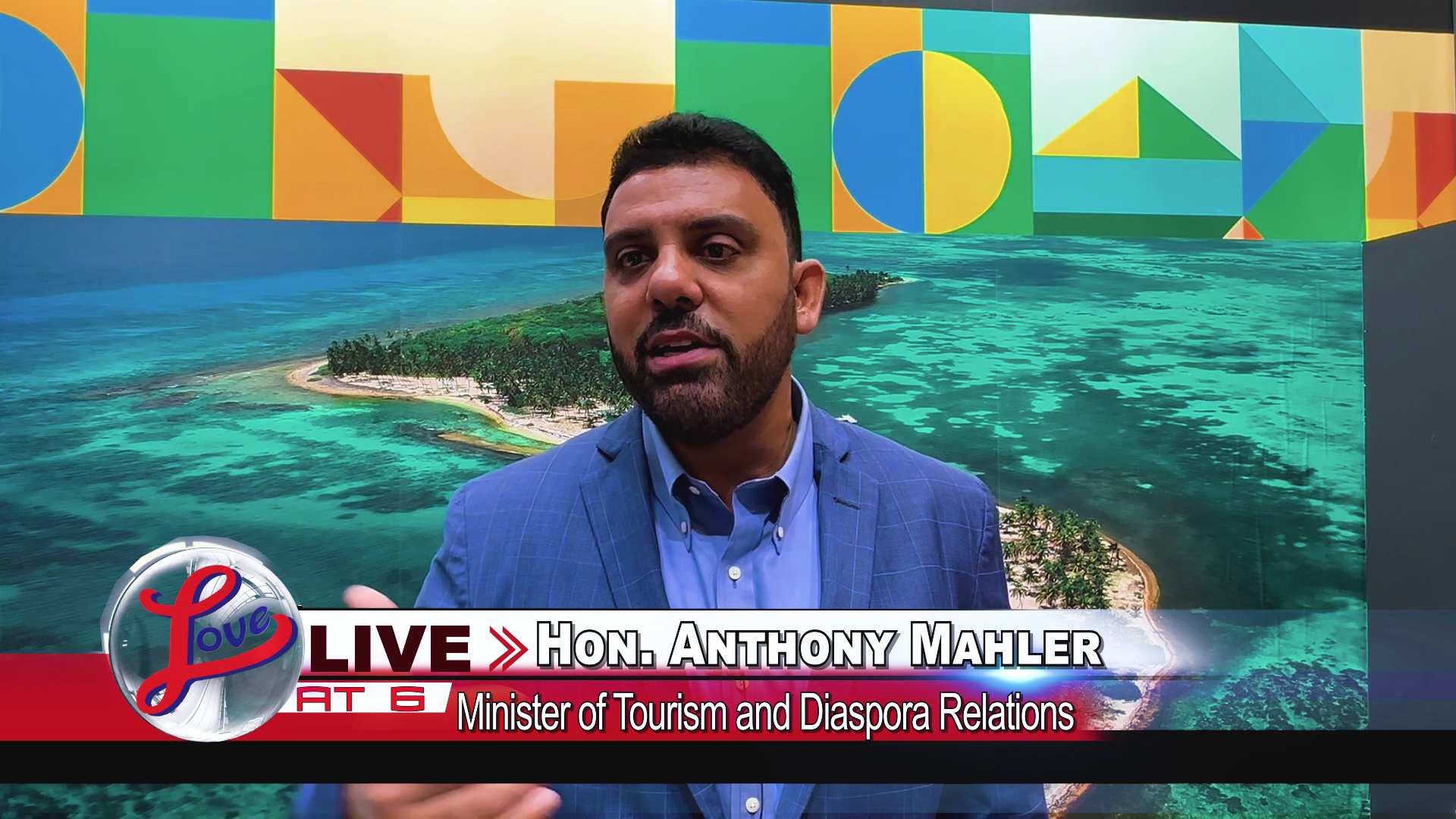 FITUR 2023 in Spain rolls on; Tourism Minister says we are ready for European travellers!

Belize is using this opportunity at FITUR to not only get more European visitors to the jewel but also to raise its international profile. Love News has spent this entire week in Spain, reporting on various aspects of the tourism showcase and here again, is Dale McDougall telling us how Belize is continuing to lay out its case.

La Feria Internacional de Turismo (FITUR) rolls on in Madrid, Spain and as we’ve been reporting, Belize is laying out the case to the European market that we are ready for them. Anthony Mahler – Minister of Tourism & Diaspora Relations: “Well Europe is very important. Our source main source market is still the United States and Canada to a certain extent but Euopeans travel a lot, they spend a lot of money and they spend a longer time in destinations. They also often are involved in multi destination travel and so for a region Belize just assumed the pro tempore presidency for SITCA and CATA and so multi destination travel will be an important thing on the agenda.”

With Belize’s assuming the pro-temp presidency of CATA, Minister Mahler is hoping that Belize can also continue to raise its international profile.

Anthony Mahler – Minister of Tourism & Diaspora Relations: “We can push Belize more in Central America. I believe that that is an underserved market and we’ve been talking throughout the course of the last few days talking to regional carriers as well we who are here selling their businesses to ensure that we build more routes into Belize from Central America and hopefully Latin America.” Carolina Briones Pereyra – Secretary General, CATA: “CATA is the tourism promotion agency of Central America and it was created with the objective to promote Central America as an excellent multi destination region on the European market. For some years now it has been very important because the messages toward each market was created little by little. The Spanish market, the Italian market, the French market. We’ve also worked on campaigns for the London market and for the Netherlands. We’ve incorporated a bit of Central America in these messages to the European market so they can come to our region to get to know the star product of each nation. How we will work with the pro tempore presidency of Belize ? Firstly we are very much content with having Belize as the pro tempore presidency. It’s a wonderful country, it is a well loved country within the region and we will collaborate on a multi destination positioning agenda on the international market.”

A critical component of getting Belize to penetrate the European markets more is improving access and avoiding long layovers. That’s why engaging air carriers remain a key part of the strategy.

Anthony Mahler – Minister of Tourism & Diaspora Relations: “Mainly airline meetings and talking to people who want to sell Belize and so our pitch is that Belize is open for business, that we are serious about what we do and that what ever it takes for us to get the job done we will do so and so like I said we’ve been talking to airlines and people who sell Belize.”

Helping Belize on the marketing front is GlobActive Travel Marketing, based in the Netherlands. Its CEO, Sander Langeveld also spoke with Love News. Sander Langeveld – CEO & Owner, GlobActive Travel Marketing: “We are working on the numbers but previously to COVID-19 it was approximately 7,000 people from the Netherlands into Belize and now since we have a positive travel advice by the Dutch government to travel to Belize again since February 1 of 2022 the business is seriously picking up so there’s more demand again from the consumers and from also the travel agencies and the tour operators, media and influencers everybody wants to cooperate again in order to establish more business into Belize.

But are we ready to welcome the European visitors? Minister Mahler says that’s an emphatic yes!

Anthony Mahler – Minister of Tourism & Diaspora Relations: “On a whole Latin America and a big portion of it comes from Central America holds 50% of the world’s biodiversity and so it is important to showcase to the world how important we are in terms of managing those resources. Now we do that in the form of tourism and today’s traveler is looking for a life fulfilling experience. They want that experiential tourism experience and so I believe Central America offers that. We’re diverse in our own ways and Belize is at the heart of the diversity.”

Reporter: And are we ready for the Europeans

Anthony Mahler – Minister of Tourism & Diaspora Relations:  “Yes we are. Europe is a big continent and so there are so many opportunities for us to get into markets that are truly underserved and we will only be able to reach our full potential in Europe when we have that direct flight or have enough connectivity throughout the region for people to get here in one day. And so we’ve been spending an inordinate amount of time and effort to ensure that airlift into Belize is built and robust.”

Langeveld says – at least those travellers in his country – are now ready to jump at the chance to see Belize up close.

Sander Langeveld – CEO & Owner, GlobActive Travel Marketing: “We all know about Belize’s unique character and unique selling points. We are mixing the Caribbean with Central America. The beautiful culture, the Mayan history and of course we have a lot of foodies and also the distances are short in Belize so it’s east to get around and to explore the beaches, the beautiful cayes, the islands, the fantastic lodges and other accommodation types in Belize and Belize is for a lot of people in my country a dream destination and something they’ll looking forward to many years to bring a vacation in Belize. And of course the second biggest barrier reef in the world we have in Belize, easy going with the English language and people are aware that Belize is a safe travel destination so they feel comfortable about it.”

Is it time for the PSWT to be…