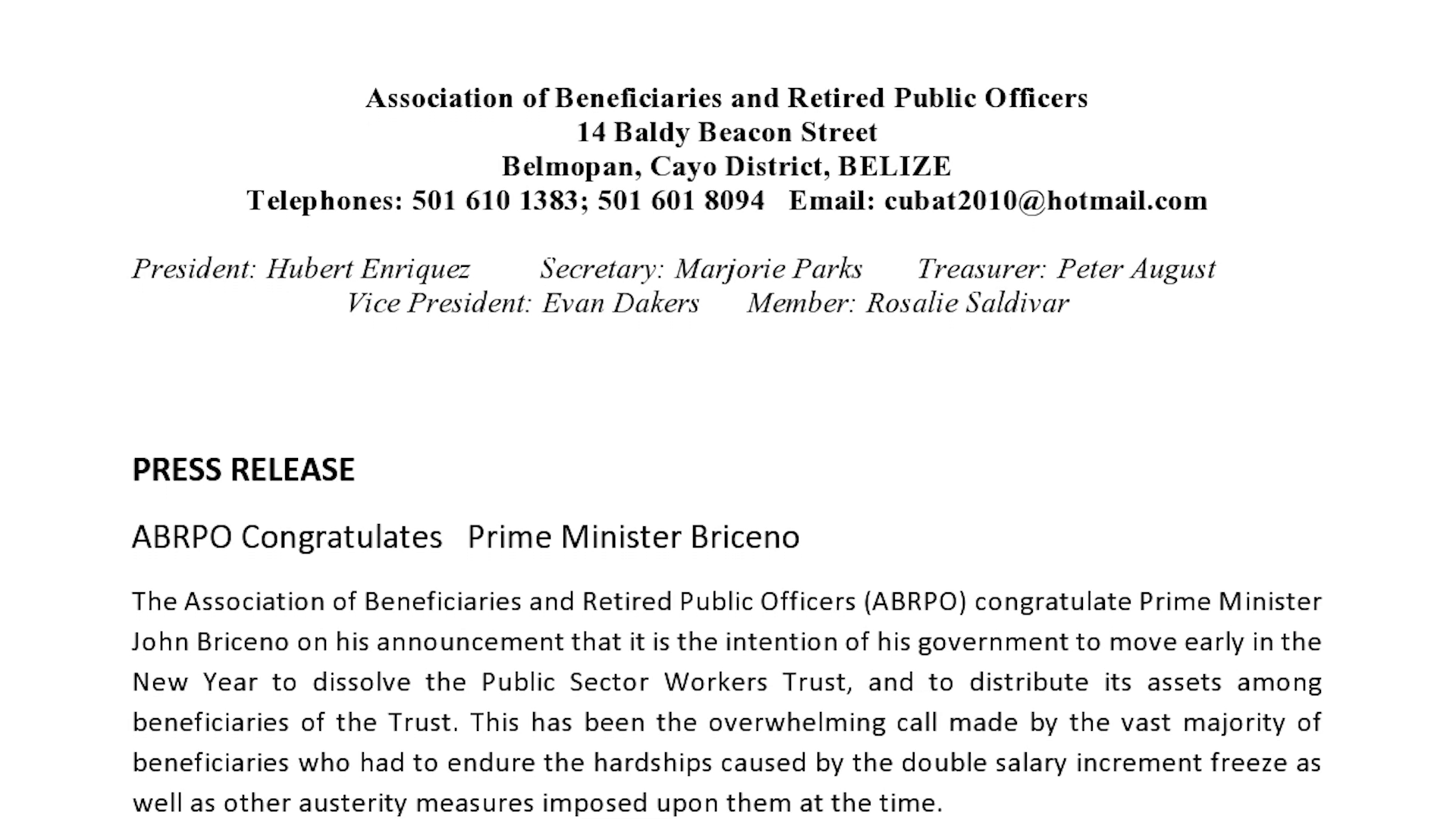 The Association of Beneficiaries and Retired Public Officers (ABRPO) issued a press release in support of Prime Minister John Briceño on the announcement of his intention to dissolve the Public Sector Workers Trust (PSWT), and to distribute its assets among beneficiaries of the Trust. The release goes on to say that this call has been made by the vast majority of the beneficiaries who have had to endure hardships caused by the salary increment freeze as well as other austerity measures imposed upon them at the time. After twenty-seven years many of these beneficiaries have passed away and a number of those remaining are ailing and in need of specialized health care of the type not envisaged by the insensitive current Board of Trustees of the Public Sector Workers Trust. The ABRPO is quite aware of the challenges to be encountered in the course of dissolving the Trust, and the distribution of its assets to its rightful owners. This transitory period requires the safeguarding of Trust assets and the careful management of the process to ensure that all beneficiaries, including the families of those who are deceased, will be fully compensated for the losses which were incurred.

BEL gives back to over seven hundred families