This afternoon we asked the former leader of the UDP, Dean Barrow, for his thoughts on the failed recall. He told Love News that the attempt was a waste of time. 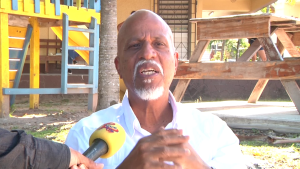 Dean Barrow, Former Prime Minister and Former Leader of the United Democratic Party: “I just think it’s a pity that an attempt was even made at a recall. When a recall was had, how long ago maybe a year? It was on the basis of allegations of the then leader having done particular things in the context of domestic violence that could arguably mean that he was unfit for office. This attempt at a recall is on the basis of disagreeing with the leader and his style of management. It struck me that all the attempt at this recall did was to expose again to the nation the fact that there continues to be disunity in the party. The fact that there continues to be an element that simply will not accept the verdict of the convention at which the current leader was accepted and I think that is most tragic for the United Democratic Party which after all is the legitimate opposition, constitutional opposition in this country and should be a government in waiting.”