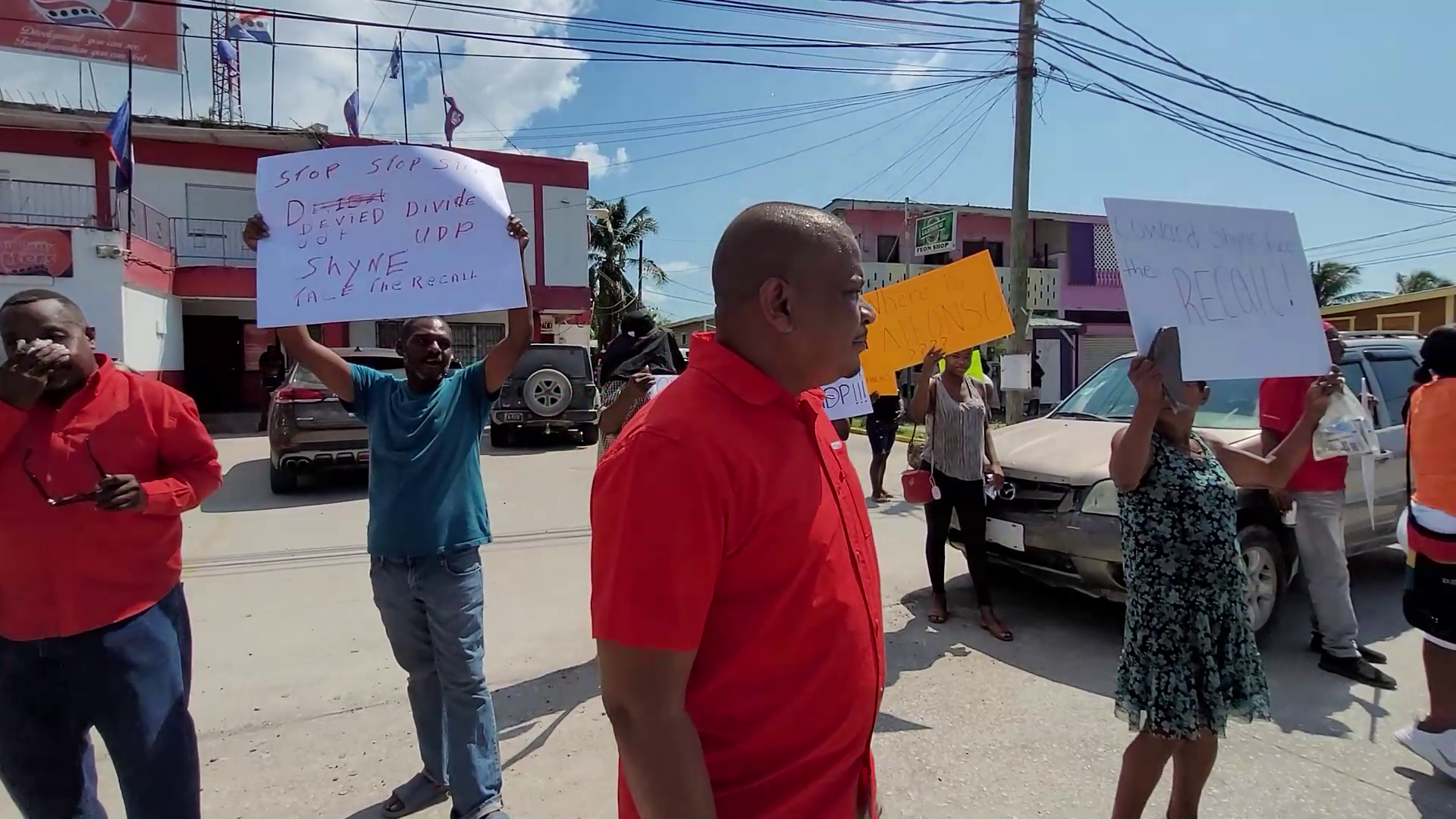 Former UDP Leader Patrick Faber has emerged- this time with a handful of supporters in front of UDP headquarters in Belize City. Faber who was flanked by ousted UDP member Delroy Cuthkelvin and some supporters demonstrated while UDP Leader Moses “Shyne” Barrow hosted a press conference to speak on issues of national concern. Faber’s application to participate in the UDP’s standard bearer convention in the Collet Division was denied by the party’s nominations committee. This is after Faber took down Facebook posts that the party deemed were not in the best interest of the party. The committee told Faber (quote) “we appreciate your effort to finally comply with the directive of the NPC…regrettably several weeks have passed since the denial of your application…consequently the committee has already concluded the vetting process…including Ian Jones who has been approved for an endorsement convention in the Collet Constituency.” But Faber is not having in. Hipolito Novelo reports.