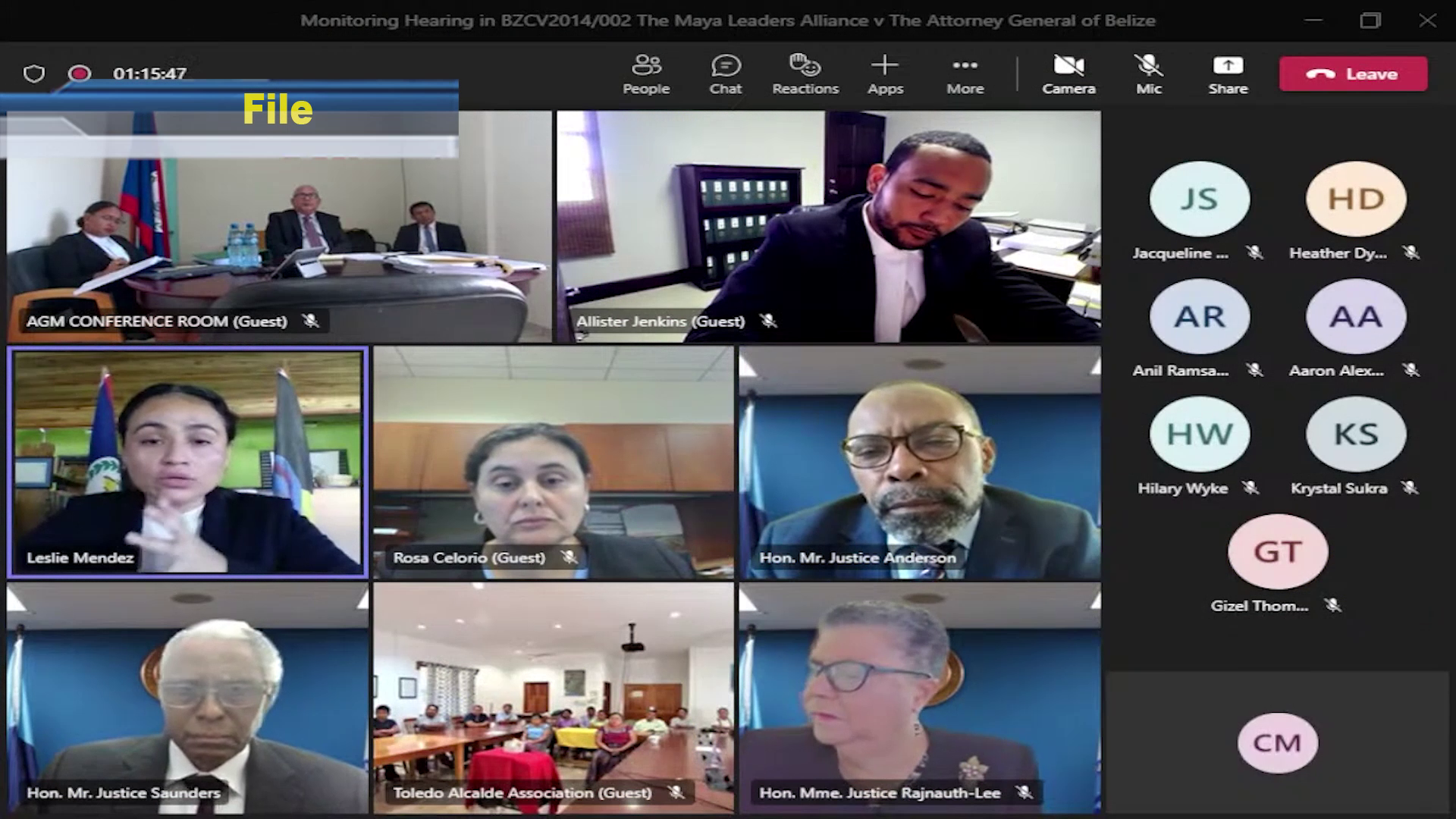 The Government of Belize has revisited its intentions of removing Professor Rosa Celorio as the authority overseeing the implementation of the Free Prior Informed Consent (FPIC) Protocol. During yesterday’s Caribbean Court of Justice (CCJ) hearing on the Maya Land Rights case, the attorney representing the Maya Leaders Association (MLA) and the Toledo Alcaldes Alliance (TAA), Leslie Mendez, told the court that they were concerned about the intentions of not renewing Professor Celorio’s contract without consulting them as her appointment was a joint agreement between both parties. The spokesperson for the MLA and TAA, Cristina Coc, told the media that the authority’s involvement in the implementation of this mechanism is important to ensure that the voices of the Maya people are heard.

Cristina Coc, Spokesperson, MLA and TAA: “I think that the government had to retract it’s initial intent in the spirit of their report, their compliance report. It was very clear to us that their intention was to completely remove the authority and to sort of have her in sort of a defacto kind of position right ? Which is unclear to us because the dispute resolution mechanism which gives and provides the authority for the appointment of Ms.Selorio was a negotiated agreement. We came to an agreement of this mechanism for dispute resolution. So or the government to unilaterally come and say we’re going to now dismiss this person and all complaints will now come through the office of the Commissioner of Indigenous People’s Affairs I mean you know you can’t leave the rat to mind the cheese right ? So it’s very important to preserve the independence and the objectivity of that authority because that’s the mechanism through which we raise complaints and we hopefully find redress. So for us our position was very clear. Resulting from now the compliance hearing we are very happy that at least as a result of that hearing it is clear to us that the authority would continue to maintain her position and we have the same mechanism through which we can make complaints.”

Coc also explained that they are not satisfied with the Government’s submission of the FPIC protocol to the court as they have yet to see the final version. She adds that this framework is crucial to safeguard the integrity of Maya land rights.

Cristina Coc, Spokesperson, MLA and TAA: “The document is as far as our view goes that document is still being negotiated. As you heard even the court expressed its disappointment in saying that how can one party finalize an FPIC protocol something so important to the implementation of their order. How can one party implement this FPIC protocol without the other party even seeing the last or the final version and we should learn I mean all of Belizeans, Maya people in Toledo the only reason we still enjoy the use and enjoyment of our lands is because we have struggled for the recognition and respect of our rights and so we rely on the wisdom of the Caribbean Court of Justice. I heard the president resoundingly say yesterday that we must be reminded that this implementation of the consent order did not arise out of a desire or a pure desire of the government to do good for its people. In fact it arose out of litigation we had to fight for it. We had to struggle for it and so that it reminded the government that there is litigants on the other side that you cannot be doing this unilateral. That we have as Maya people a stake in how this consent order is implemented and that the court itself has an interest in how its order is implemented with the highest integrity and with honor and so this is really what underscores the outcome of yesterday’s compliance hearing.”

Yes for Oil Exploration Down South; No to…

Lord’s Bank resident shot while on the job…