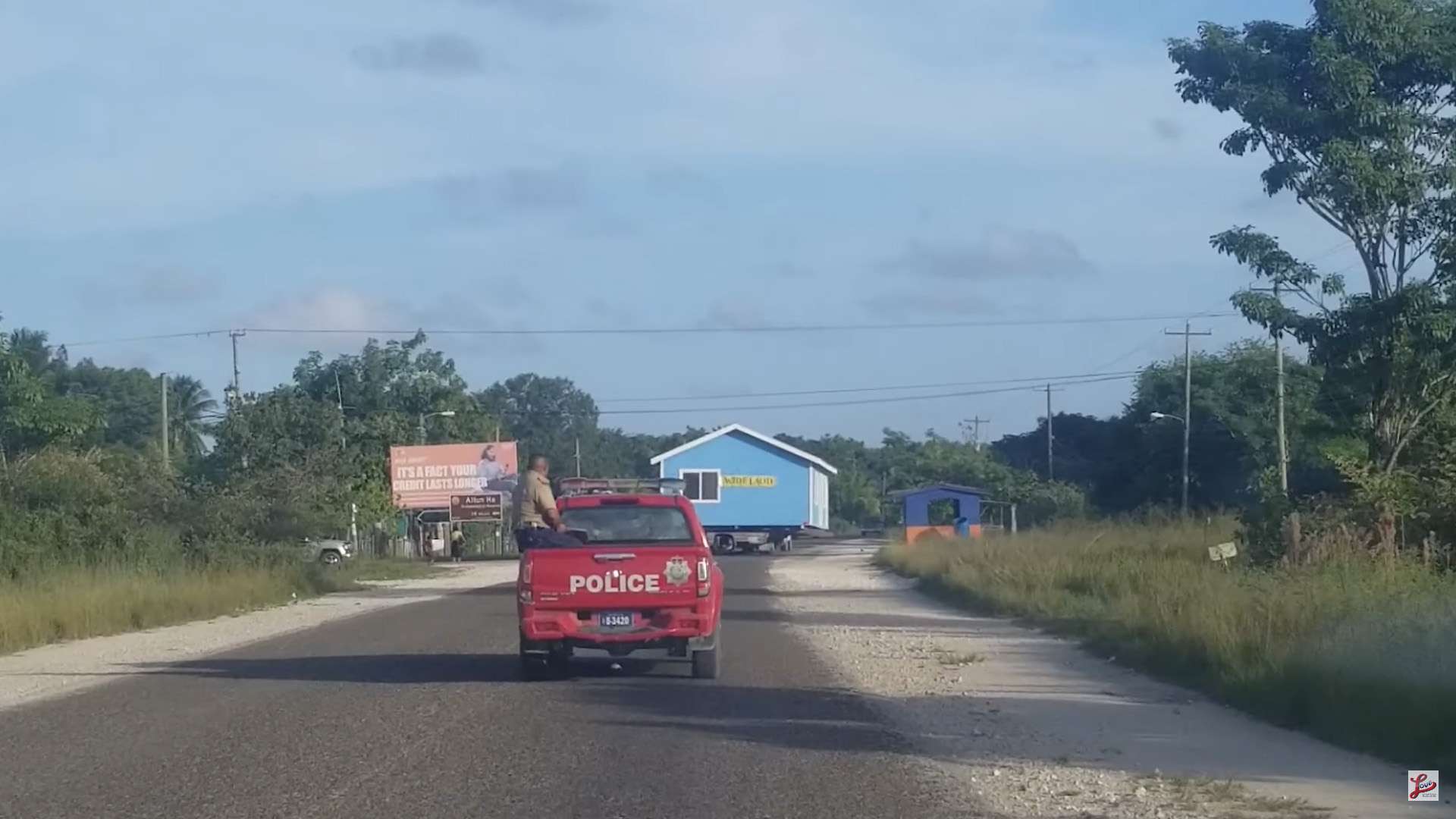 Fifteen-year-old Arthur Thomas from Gardenia Village was riding his bicycle to go home around four o’clock yesterday evening when he was hit by a wooden house. The house was being transported on a trailer truck. Thomas was rushed to the Karl Heusner Memorial Hospital in an unresponsive state, where he received treatment for his injuries. Reporter, Giovanna Moguel, spoke to his father today to get an update on the teenager’s condition.

Tonight, the family of fifteen year old, Arthur Thomas is hoping for the best after he was knocked off his bicycle by a wooden house yesterday evening. That blue house was being transported by a truck in Gardenia Village on the Philip Goldson highway.

Thomas’s father, Fred, explains that the driver of the truck misjudged the size of the house, which took up a large portion of the highway. Arthur was travelling in the same direction when he was suddenly wallope­d by planks that were protruding from the sides of the structure.

Fred Thomas, Father of Victim: “The house is wider than the road or just about the width of the road so it takes up the whole road. The house sits on the trailer with some planks across where the house sits on and the planks that it sits on is about two feet on each side past the house. So if the house is already taking up the road. My son was travelling the same direction coming down to Belize City more or less so  generally when they move houses I know they always have police escort and you hear sirens or whatever to warn people, that wasn’t the case.”

Arthur was rushed to the Karl Heusner Memorial Hospital where he received treatment for his injuries.

Fred Thomas, Father of Victim: “Well it took a little while before they really looked at him. I didn’t like the attitude that the physician so to speak. He wasn’t really rude but he wasn’t really giving me information that I wanted you know ? And to me it was a hurry thing you know the evaluation to me was a quick fast thing. Although he told me he had already taken x-rays and stuff I don’t know anything about that. I asked him so what’s up with him he said we’ll they’re going to watch him, they took x-rays, did an ultrasound right there while I was there. One hour after that they released him saying that nothing was wrong with him but the boy couldn’t move, couldn’t stand up, he couldn’t do anything. They discharged him. I asked for painkiller they didn’t have a Tylenol to give him not even that. So I had to come up this way and find a place, buy something to ease him. A big hospital not even a painkiller they got ? How are they going to discharge somebody that had just been hit by a house and no painkiller and you’re going to send him out ? It makes no sense to me.”

Arthur was discharged after being diagnosed with spinal abrasion. Dissatisfied with the treatment they received at the KHMH, Fred decided to seek a second medical opinion. He adds that Arthur was complaining of severe body aches and inability to urinate so that’s when he took his son to a private medical facility in Ladyville.

Fred Thomas, Father of Victim: “But I knew something was wrong from him crying of whatever it is or every move or whatever it is you know so this morning like I said I decided I was going to get a second opinion and that’s what I did because he wants to urinate, he wants to use the bathroom and can’t. So I decided to bring him here and right away he found out that his abdomen is swollen and he can’t pee or whatever so he had to use a catheter to relieve himself or whatever it is.”

Apart from unanswered medical questions, Fred says he still has many unanswered questions about the incident itself.

Fred Thomas, Father of Victim:“I want some answers. I want to know who owns what. What’s going on. I don’t want to hear they have insurance. Insurance is not paying for him right now he’s in pain. You go to outside doctors you pay, you get what you pay for but you have to have money regardless. I’m not made of the money see what I’m saying ?”

Fred says he believes this is only the beginning of the medical expenses so any assistance from the public could be of great assistance.

Fred Thomas, Father of Victim: “If I could get some assistance fine. You know what I’m saying. I’m not the kind of person that begs for anything but I’m just saying I’m not made out of money and I know to me I think this is only the beginning of the bills. Just this right here is over six hundred dollars, just this morning.”

The family can be contacted at 635-1585 for anyone who is willing to offer assistance. Giovanna Moguel.