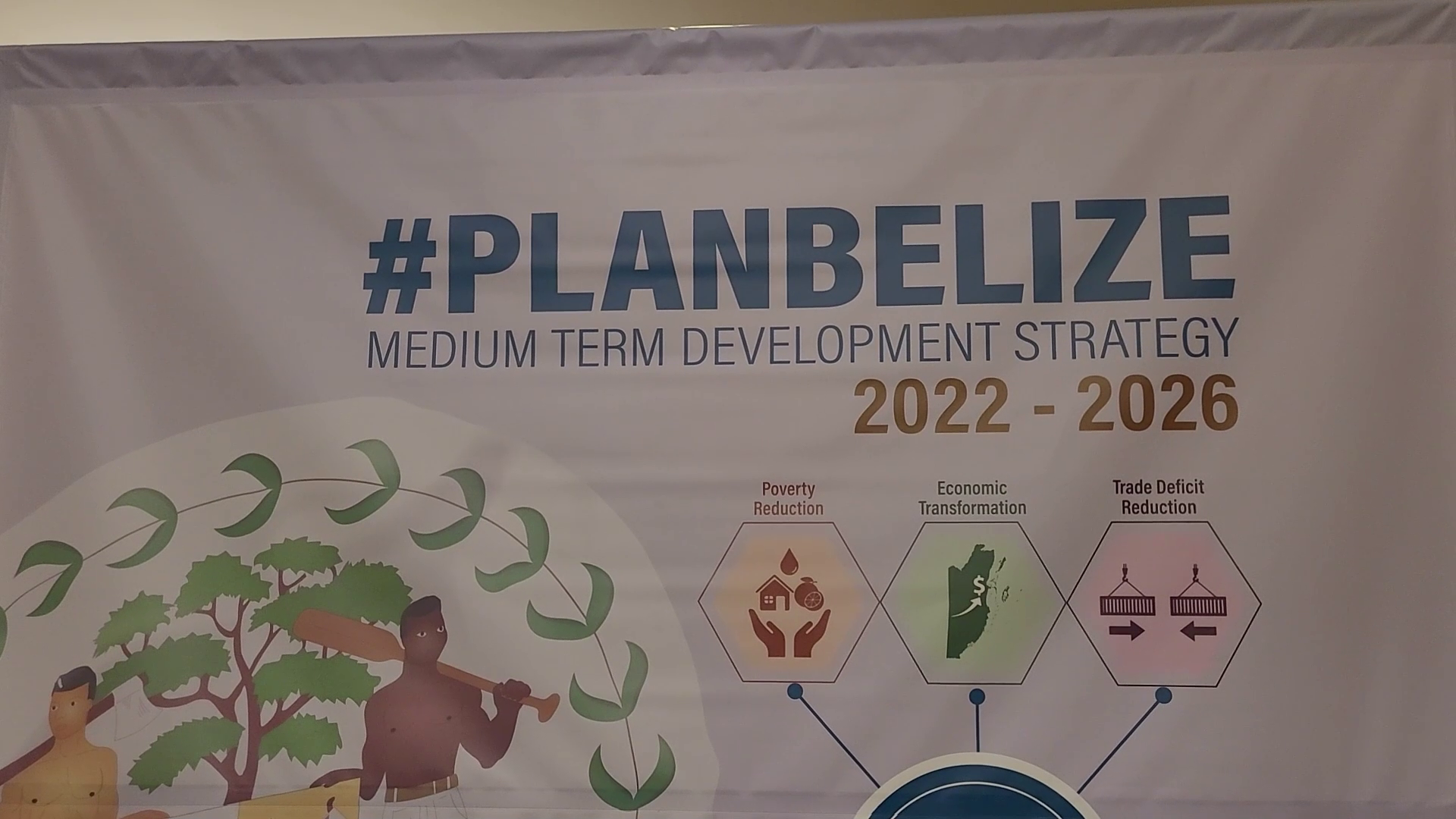 The Government of Belize through the Ministry of Economic Development launched the Medium Term Development Strategy. This plan lays out the foundation to create an innovative and sustainable future for the people of Belize. The plan will be rolled out over the next four years and will focus on improving key sectors of the country such as education, healthcare and citizen security. Reporter Giovanna Moguel tells us more.

Giovanna Moguel for Love News: Education, healthcare, land, employment, and housing – the five fundamental pillars that GOB is working to strengthen through the Medium-Term Development Strategy… This strategic plan was developed as part of the Briceño Administration’s Plan Belize mandate which seeks to create a better and equitable Belize for citizens of all walks of life. Prime Minister, John Briceño, says his government spent extensive time consulting with citizens to devise an action plan.

Giovanna Moguel for Love News: Over two hundred projects and programs are in the pipeline to target six priority areas, which include poverty reduction, corruption, and citizen security. For the past couple of weeks, citizen security has been high on the priority list when taking into consideration the murders that have rocked the country’s capital. Prime Minister Briceño added that Police Minister, Kareem Musa has been actively weeding out the rogue cops. Hon. John Briceño, Prime Minister of Belize: “The work that Minister Musa has been doing along with his team while he has been quiet without much fanfare we’re starting to see the benefits of their efforts. He has released almost two hundred rogue cops. Crime is going down. We’re reorganizing the police, giving them more equipment, bringing up the technology, the camcorders, the cameras in different hot spots, there’s a lot that has been accomplished. Do we have more work to do ? Of course we have more work to do.”

Giovanna Moguel for Love News: In stark contrast to the Prime Minister’s belief that his government has been making stellar strides in improving the lives of Belizeans, the Leader of the Opposition, Moses “Shyne” Barrow says their efforts leave much to be desired. Hon. Moses “Shyne” Barrow, Leader of the Opposition: “You talk about ten thousand houses only a few hundred houses have been built in the last two years. If within this term-they gave themselves a year outside of this term but in order to achieve ten thousand houses which they essence doubled down on that mark. Remember I believe when the criticism were levied against them in the House they said “Well you know things change. That is what we wanted to do.” Here again is being presented this ten thousand house benchmark. How do you achieve that on the current trajectory ?”

Giovanna Moguel for Love News: Barrow also took the time to chastise Pm Briceño for turning the launch into a celebration rather than making a solemn commitment to follow through with the plan.

Hon. Moses “Shyne” Barrow, Leader of the Opposition: “You can’t get to where you’re going if you already believe that you’re there and we’re not there. Look at inflation no discussion about inflation. Look at citizen security that is one of the key areas and our citizen security is worse than ever. Before it was a criminal element that we were trying to tackle now the people that are charged with dealing with the criminals are criminals themselves so again how can we improve if the Prime Minister is telling us that everything is okay. Inflation ? Which inflation ? “