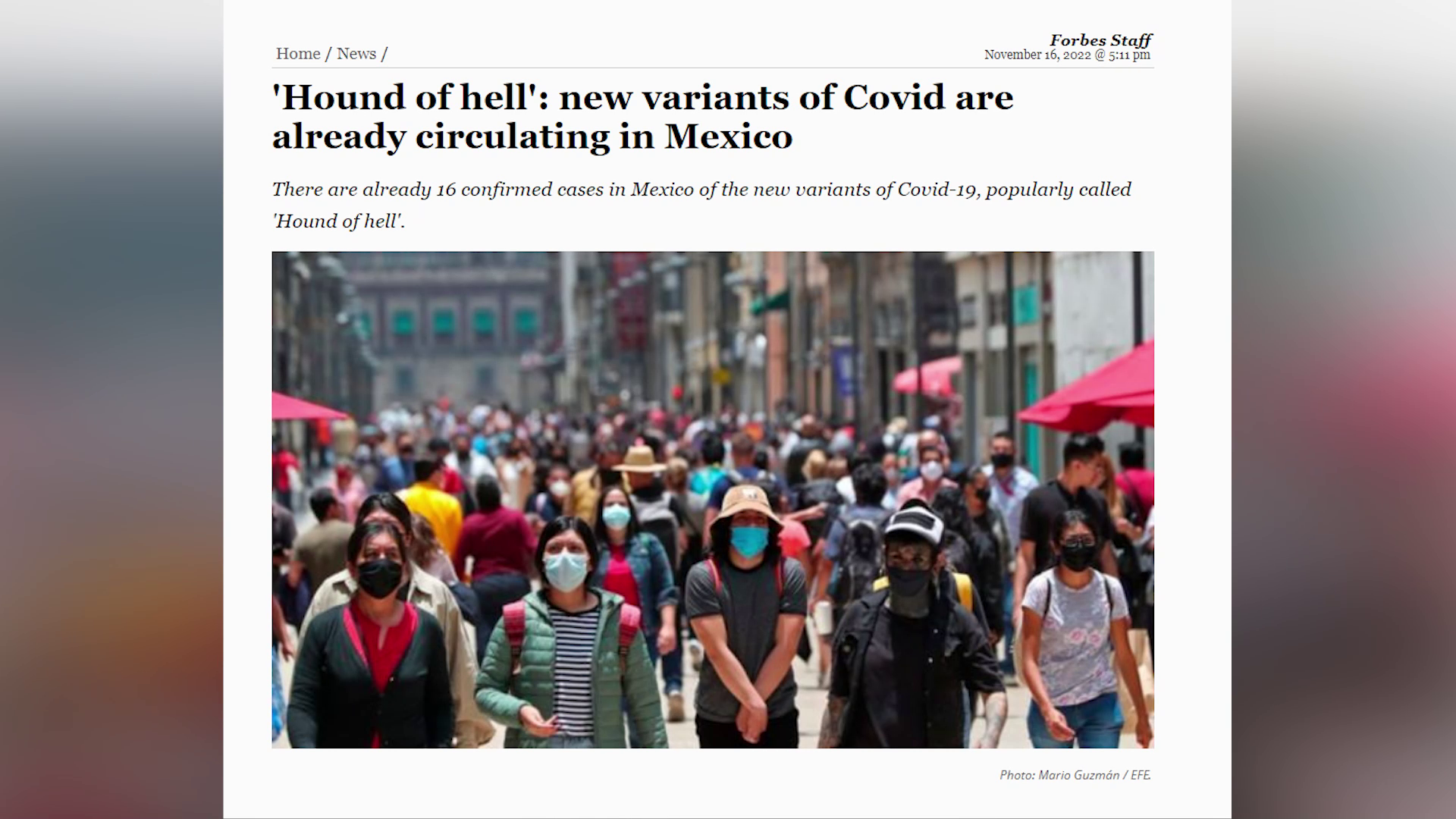 “Hound of Hell” variant of COVID reported in Mexico; not a concern in Belize for now

Mexican authorities are reporting several cases of a new variant of COVID-19. An article by Forbes Magazine says that a total of sixteen cases of the new coronavirus variant have been confirmed in Mexico. Called BQ.1 and BQ.1.1, the Ministry of Health in Mexico say that these variants are sublineages of the Omicron variant. Both strains have begun to circulate in Mexico and the United States and in Germany, they were popularized under the moniker “Hellhound”. Here in Belize, health officials tell Love news that the new subvariant is not a concern at this time and the numbers of COVID-19 infections are low. Forbes says that the name, “Hellhound”, alludes to Cerberus, the mythological dog of Hades, the god of the underworld. Hades had 3 to 50 heads and protected the gates of hell to prevent the living from entering and the dead from departing. Likening the metaphorical relationship to the new variants, experts fear it is difficult to escape its contagion. The first case popped up in Mexico and then spread to as far as Baja California and a couple of cases in Chiapas and Yucatan. So far, the variant does not produce serious conditions.

UB and the Ministry of Blue Economy and…