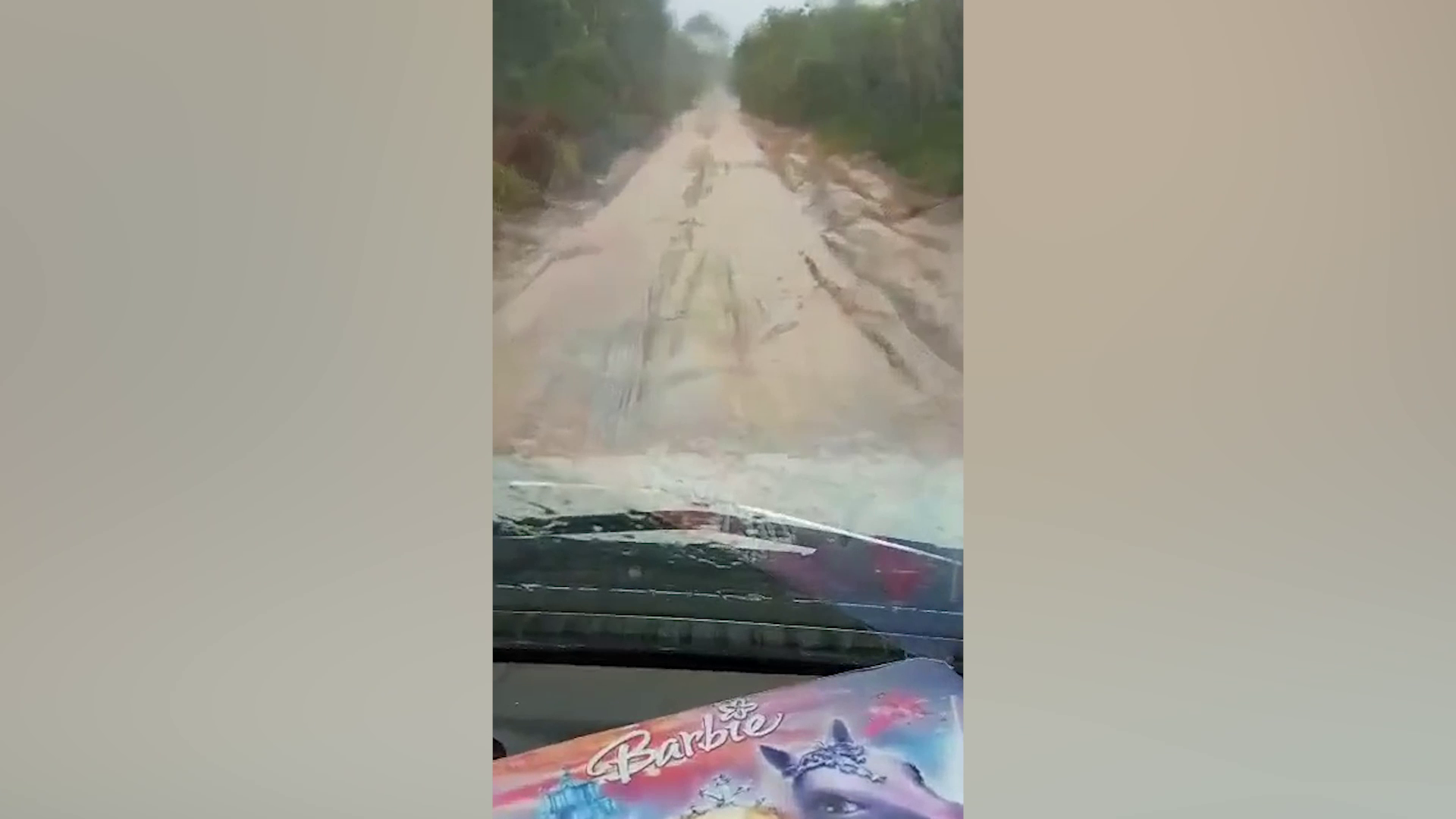 The residents of Trio Village, Toledo are raising concerns about the worsening condition of the road that leads traffic in and out of the community. The deplorable state of the road has made it almost impossible for the villagers to go on their daily commute, especially for teachers and students. For the second day this week, hundreds of secondary and tertiary-level students have been unable to attend classes because buses are not travelling into the village for fear of falling into the potholes and damaging their vehicles.  The village is situated about eight miles off the Southern Highway, which the villagers sometimes need to travel on by foot in order to conduct their business. Marta Cholom has been living in the village for two and a half decades and teaching at the Trio Farm Government School for nine years. She says this is the worse she has seen it.

Martha Cholom, Teacher, Trio Village Government School: “At the moment there is a rough situation here in the village in Trio with the deplorable road condition. Teachers aren’t able to come into the village and then other high school students are unable to leave the village to attend high school at Independence and Georgetown and then we had an incident yesterday whereby a lady wanted to get out of the village to go to the hospital but she was unable to cross because of the road condition. Some of the villagers were trying to get rocks so that they could fill the big pot holes but you can only do so much. So we’re asking that if anybody out there who is willing to help or if the Ministry of Works can come and assist because we need immediate assistance. Teachers travel from Dangriga to come here in the village and they are not able to come here. In fact when I went to school on Monday children were all excited to go to school and then there was no presence of the teachers so it’s a really sad situation here. Our bus driver doesn’t even want to enter the village some times because then he would damage his school bus. Sometimes teachers would get stranded in the middle of the road because Trio is like eight miles off the main highway.  So imagine sometimes teachers had to walk from that point to either into the village or out of the highway to the highway. Parents are concerned because then they said that the village chairman and the council should be doing something, should be liaising with the Ministry of Works but at the moment rumors are that the chairman no longer lives in the community and then the teachers are communicating with their parents and their students through group chats. So we’re keeping up with them and informing them, giving them some little links for those who have internet so that they can review maybe sight words, readings and simple vowels.”

Cholom says that it has also affected farmers who need to traverse the road on a weekly basis to sell their produce.