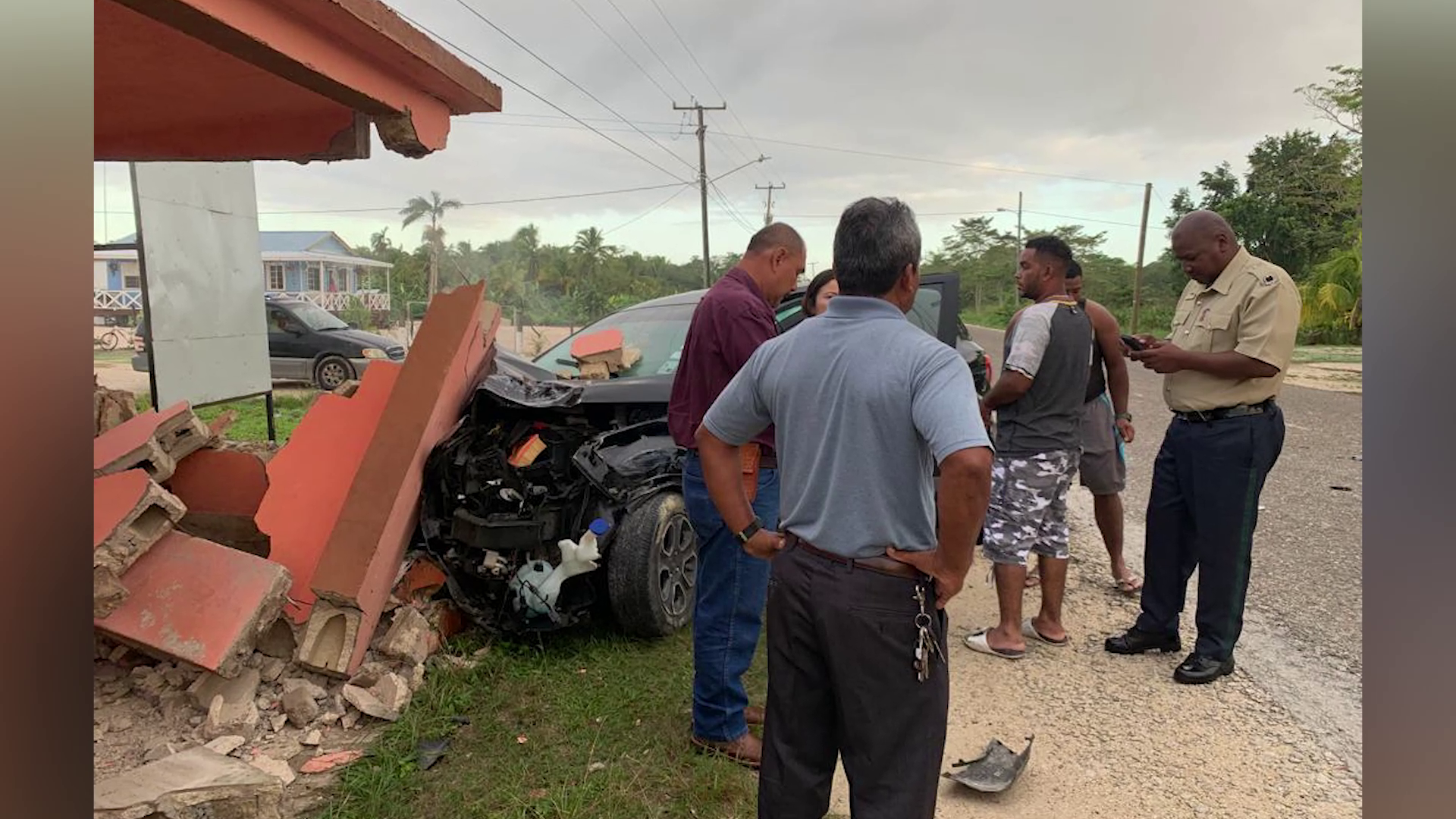 36-year-old Aminda Baizar escaped major injuries this morning in a road mishap in the Belize District. As we reported, the immigration officer was heading in a north-to-south direction in her Ford SUV when the crash happened. Love News has learned that 21-year-old Adam Tillett, a sales agent of Crooked Tree, came out of a feeder road in the opposite direction in a Nissan Frontier and into the highway causing Baizar’s Ford SUV to collide into Tillett’s Frontier. Baizar ended up hitting a bus shed near Mile 27 ¾ on the Philip Goldson Highway. She was taken to the Northern Regional Hospital in Orange Walk after she reported chest pain. Her SUV was extensively damaged to the front and the shed was also damaged.

Elderly woman shot while at home in rural…

The BPD wants you to decide how they…