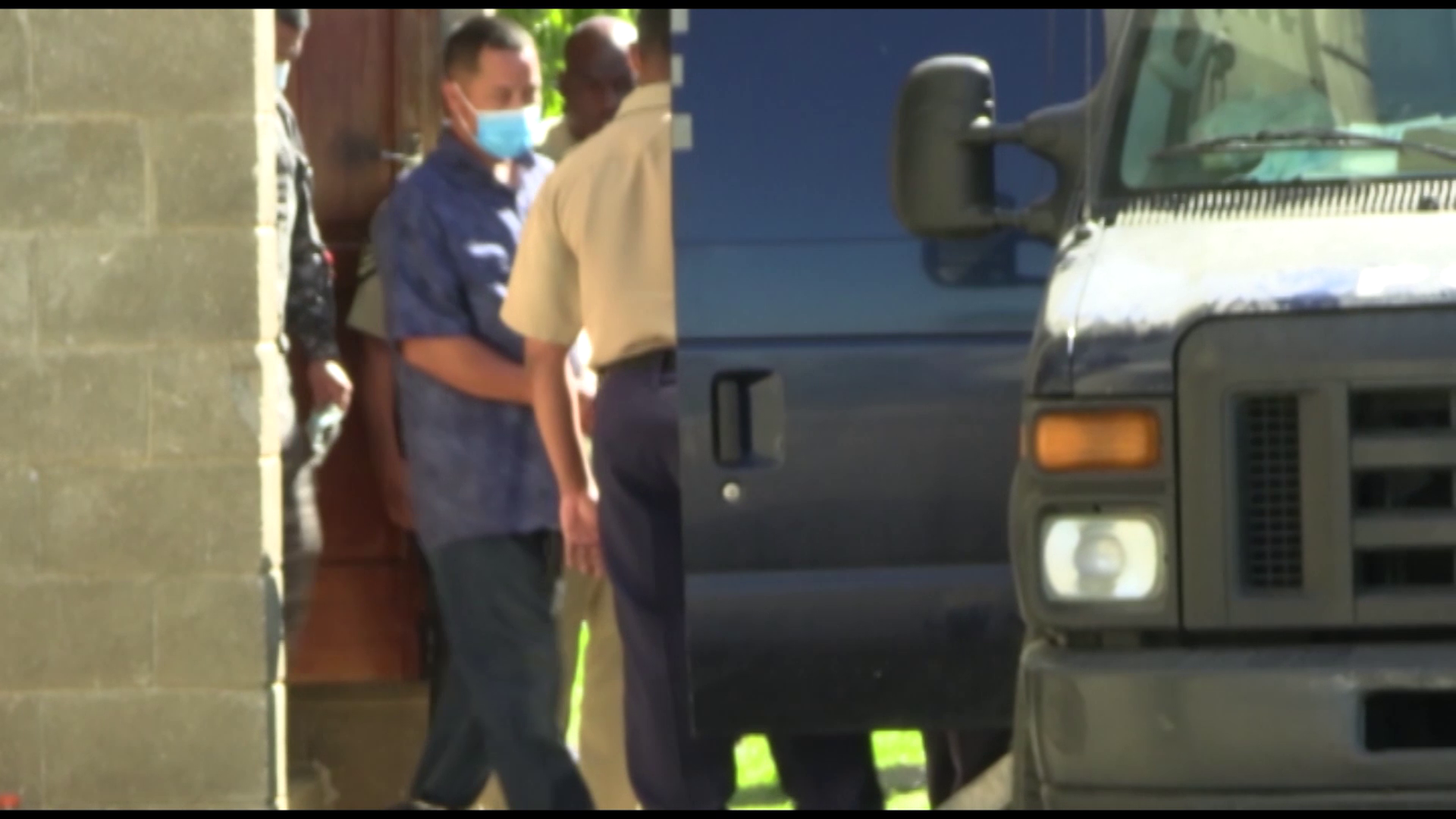 Is Elmer Nah trained to kill? ComPol insists police training is not like that of the military

Police are not trained to kill. That was one point the Commissioner of Police, Chester Williams made during yesterday’s press conference. The ComPol was responding to a line of questioning about the shooter’s precision in the murders of Jon and David Ramnarace. The man, who police believe is Corporal Elmer Nah, walked into the yard stealthily and quickly and killed the brothers at close range. The video, which the public has seen shows David trying to defend himself with just a cup. The gunman, with a light on his head, nauseated the Commissioner and he said that the assailant has a wealth of experience in manoeuvring a weapon. Here were some of his comments on the matter. Chester Williams, Commissioner of Police: “I can’t say if he has killed before. Certainly, I would agree that the manner in which he did it is outrageous and demonstrates some level of experience or expertise in the handling of firearm. But I cannot go to the extent of saying that he has killed before. I cannot say that. Police officers we are not trained that way. Police are not trained to kill. Police are peacemakers, we are civil law enforcement agencies. It’s not like the military; they are trained to shoot and kill. We are different.”

Reporter: So what we saw on the video was someone who apparently is trained to kill ?

Chester Williams, Commissioner of Police: “Perhaps but not trained by us. We provide training for all our police officers but we do not train our officers to kill. That’s the point I’m making.”

Nah denies being the murderer.

Minister Musa is not concerned about a Cabinet…

Belmopan Mayor reacts to violence in the capital…