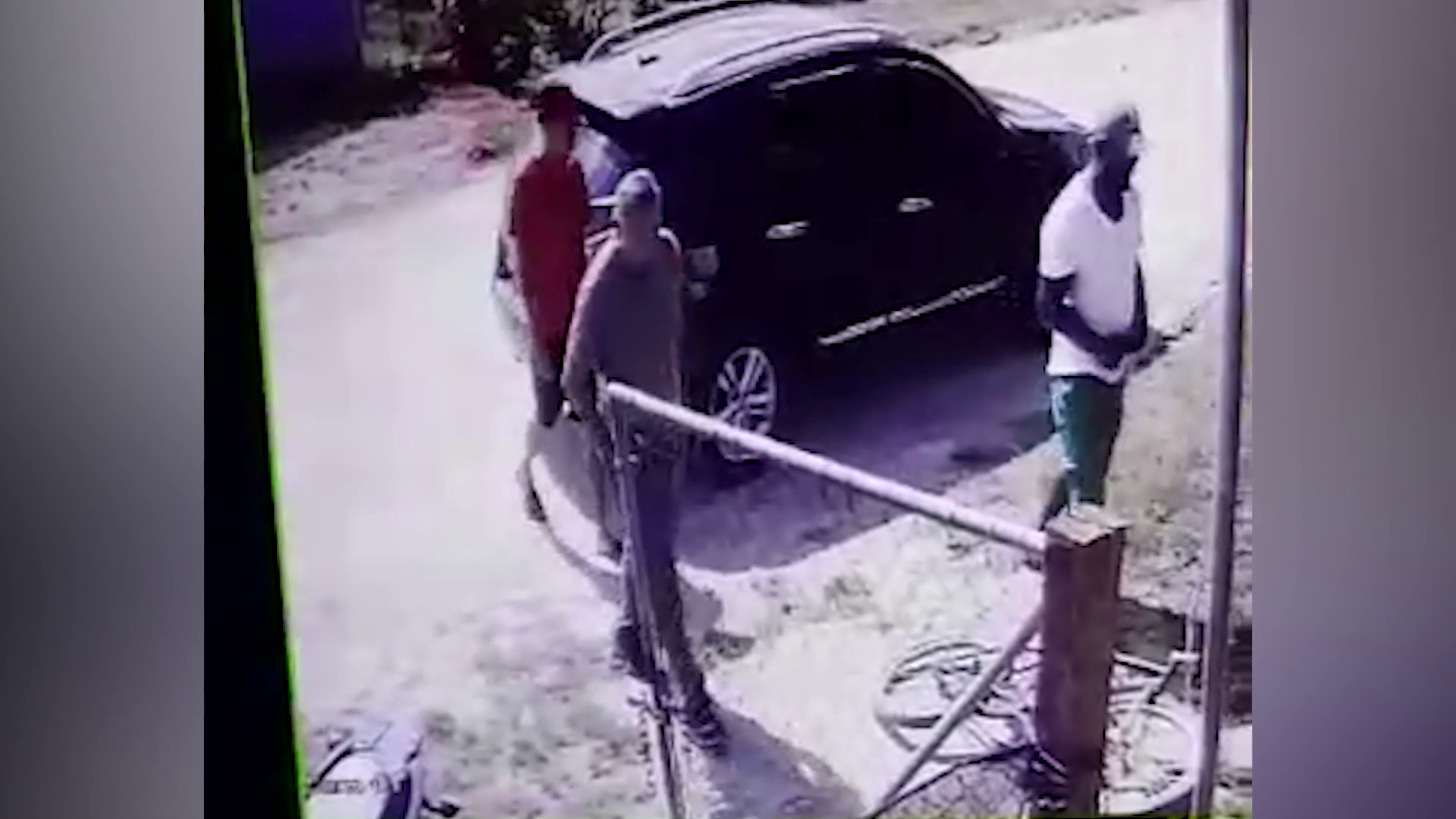 Is Marco Vidal Off the Hook?

Police Commissioner Chester Williams today answered questions from the media regarding former ACP, Marco Vidal. Vidal has dominated the news cycle this week after a security camera captured him and two other men walking into a store in the neighbourhood where Elmer Nah lives in the Maya Mopan Area of Belmopan. It was of much interest because Vidal is the uncle of Nah who is being accused of the triple murder of Jon and David Ramnrace and Vivian Belisle-Ramnarace. Vidal was first sought by police under the suspicion that he was interfering in the investigation. Yesterday, in the company of his attorney Senior Counsel Godfrey Smith, Vidal turned himself to the police for questioning. Vidal also provided an audio conversation he had with the store owner. Williams says that Vidal did nothing illegal. He explains why:

Reporter: Was there an operation planned to catch Mr.Vidal if he had returned to the store ? I am told he was returning when he was tipped off.

Chester Williams, Commissioner of Police: “Again sometimes you get information that is not really accurate from people who try to create mischief. Yes there was some plan from what we gathered, for him to return I think around 2pm. The operation was put in place in the event that he had gone that they would have intercepted. Three o’clock came, little after three came and he was a no show and so the officers went to the house to retrieve the video footage and it looked like while they were there the vehicle may have came by and saw the police there and they just drove past and that was what happened and not basically them being tipped off. Having listened to the audio that was released to the media by Mr.Vidal’s attorney while I do agree in principle with the attorney that from a legal standpoint there is nothing we can do if it were that the people who live there were witness or witnesses to any case that is before the court Mr.Vidal would have had no authority either legal or otherwise to go there because doing so would amount to one of three offenses that could have been committed. One would be either tampering with witness, two pervert the course of justice or three, attempt to suppress evidence. So those would be the three offenses that we would be looking at. But the fact that they are not witnesses in any active matter before the courts then there is nothing we can do from a legal standpoint. While yes I do understand that there may be a need for Vidal to try and assist his nephew to prove his innocence he would have no legal authority to have done so once those persons are witnesses in any active matter before the courts but again I said that is not the case.”

Reporter:  Are you satisfied with the recording that Mr.Vidal shared with the investigators and his attorney’s explanation that the conversation with the store owner/shop keeper was gentle ?

Chester Williams, Commissioner of Police: “Well certainly having listened to the audio it is not as what the public were saying that he had gone there to threaten the people or had gone there to ask them to erase the video footage. It was not that. It was indeed a casual conversation but again he ran a serious risk because let’s say for example those people had indeed given a statement to the police and were witnesses in either the Ramnarace brother’s murder or the Williams murder and he had gone there to request information from them the way he did he certainly would have committed an offense but the fact that they’re not witnesses that helps him. And again while he did so with a view to try and clear his nephew that was not the right thing to do. So from an ethical standpoint he was wrong but legally he did not commit an offense.”

Reporter: Don’t you find it odd that he reminds the lady of her murdered husband ?

Chester Williams, Commissioner of Police: “Yes all of that can be taken into account. It’s not offence, we have no complaint and two as I said before the people that live there are not witness or witnesses in any active police investigation.”

Chester Williams, Commissioner of Police: “Well he had surrendered himself to the police. We had interviewed him yesterday and at this time there is nothing that we can say we can arrest and charge him for. If something comes up later on that we can look at objectively and there is something there then most naturally we do what needs to be done.”

Reporter:  And while the voice recording sounds casual intimidation takes different forms especially in terms of the presence of someone. Have you spoken with the store keeper since then to see if she felt intimidated by his presence and two other men’s presence ?

Chester Williams, Commissioner of Police: “Well the truth is in speaking to them I spoke to one of them personally and in speaking to her her thing was that we would have cooperated with the police but after the video footage was leaked to the public we decided not to so that completely shut them down in terms of them cooperating with the police.”

Reporter: Did the police department rethink it’s position in going after Vidal after having seen that he had hired the services of Senior Counsel Godfrey Smith ?

Stephen Lopez’s family appeals to the…

What’s up with citrus? New DFC…

NTUCB Calls On Pm Briceño to…