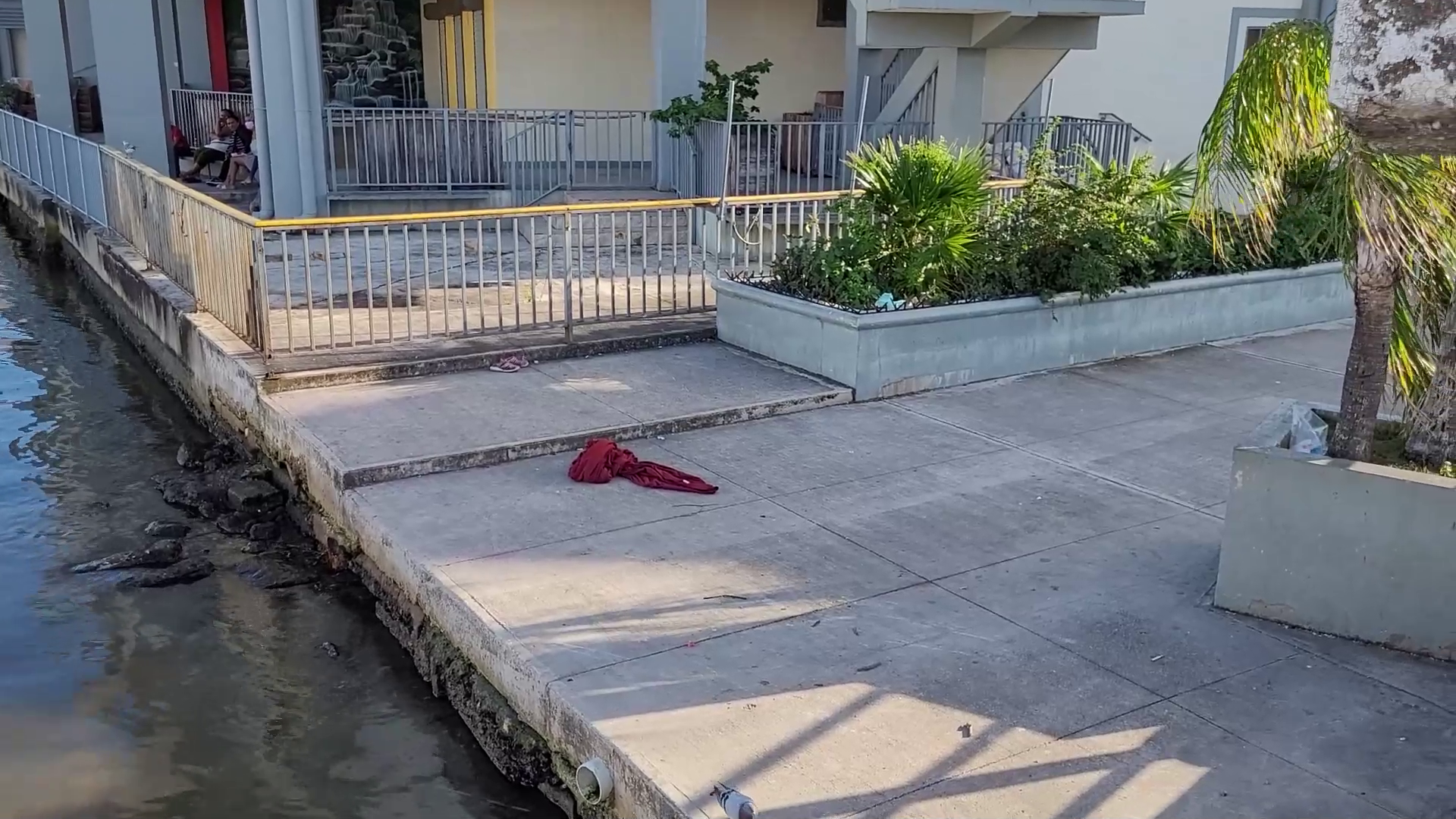 Roy Cox, Security Guard: “So I went across the street and called the two police men and they came and a boat was coming this way and they called the guy and they picked up the body from there and they took it to the corner right there and they put him ashore and the rest of police men came along and do whatever they do and from there they took the body away. He is not a fisherman but he’s always out here sitting down with the crowd drinking because as a matter of fact I was talking to him about eleven o’clock this morning telling him it was too early for them to be drinking at the corner of the compound and things like that. But that’s something they’ve always been out there so it’s just a regular man that hangs out on the corner he wasn’t a fisherman. According to the guys from across the other side of the bridge said that his dog was swimming and he went behind his dog swimming and they saw the dog come ashore but they didn’t see him. But they didn’t figure that he had drowned they thought he went on the other side of the river.”

Yo Creek shooting claims the life of a…