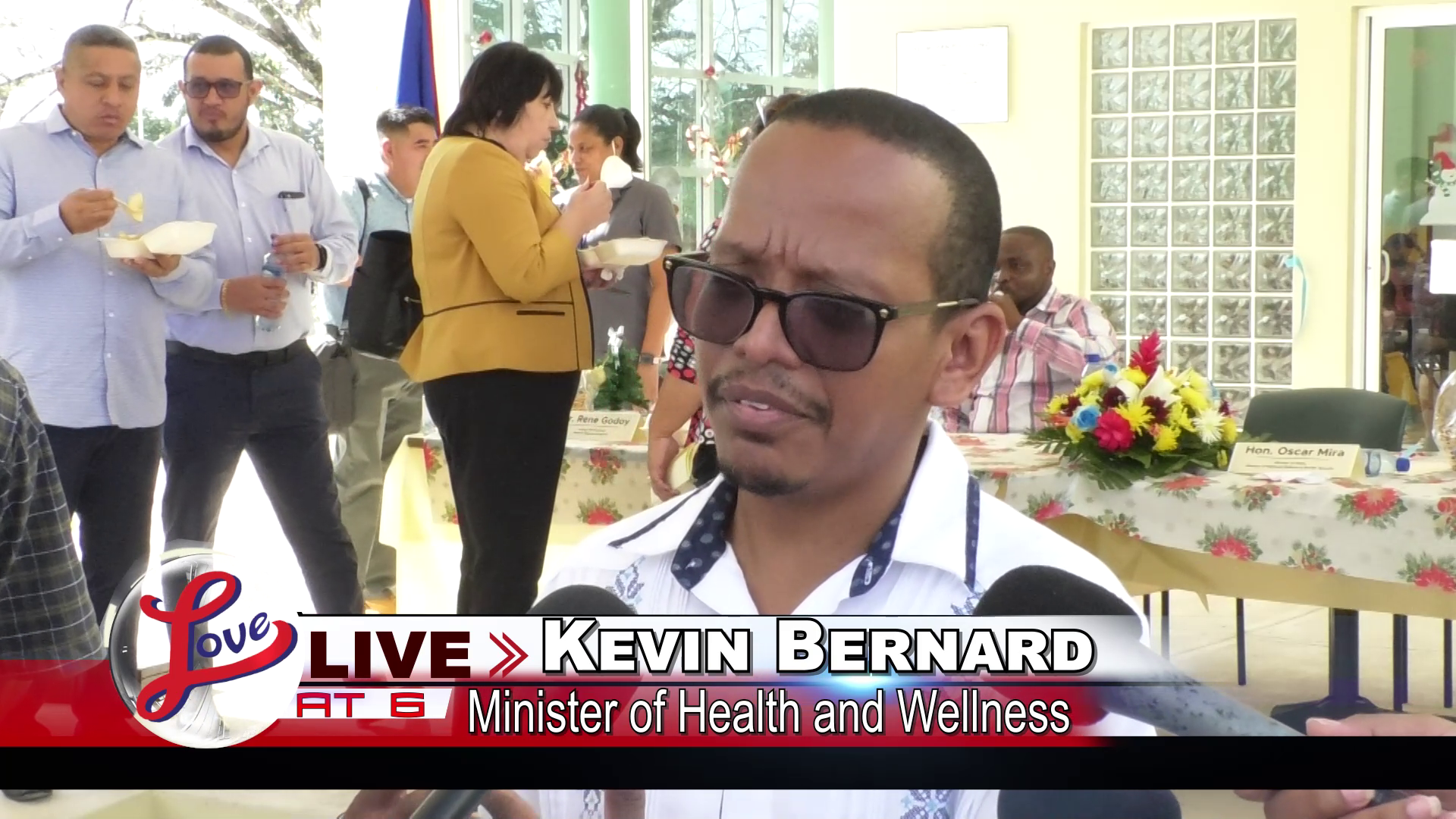 Medical Supply Shortage Should Improve by Next Tender Cycle

Minister of Health and Wellness, Kevin Bernard, also addressed the claims of a continuous shortage of medical and pharmaceutical supplies in public health facilities. Last week seventeen-year-old Jaheem Williams passed away after being hospitalized for two months following a major road traffic incident in Corozal. Williams’ mother, Natticia Williams, had to travel not once but twice across the border to procure medical supplies that were vital to her son’s recovery. On Friday, December 2, Natticia was on the bus getting ready to pick up an antibiotic from Chetumal, Mexico. That’s when she got the call that her son had died. This isn’t the first incident of reported shortages, which leaves the capacity of Belize’s health system in a questionable position. Minister Kevin Bernard says there are several factors that need to be looked at to come to a conclusion. But, he conceded that there are delays. Kevin Bernard, Minister of Health and Wellness: “I will haste to answer that there is any medical shortages as per se. I’m not sure what antibiotic or whatever medication was requested by KHMH  or the doctors prescribed and whether KHMH had it or not I cannot answer to that but I can tell you this every single from the time we got the tender contracts signed over the past few months and I had made the commitment that by the end of October we would have been ensuring that supplies and medical equipment, pharmaceutical supplies come to this country. There have been some delays I will not say no to that logistically outside of our control of the country, outside the control of the supplier but we have been getting medications every single day and as they come in they’re inspected and they’re distributed. Now remember KHMH being a statutory body they also we provide them a subvention, we provide them medications and they also procure some of their own. So it depends on the formulary like I said I don’t want to answer to say that specific medication what if that medication that young man needed was not part of the formulary at the Ministry of Health ? I cannot answer that but my comment to the fact that where there is perceived exaggerated shortages that is far from the truth. I saw just yesterday somebody sent me an issue from the Western Regional Hospital right there that’s why we’re here too we’re going to look at that matter, that there were no sterile gloves just to find out that thousands of the sterile gloves were delivered last Thursday to the facility. So it’s not everything that is put out there is necessarily so so we have to really understand the complexity of these things.”

MOHW is working to keep its Belize’s medical…