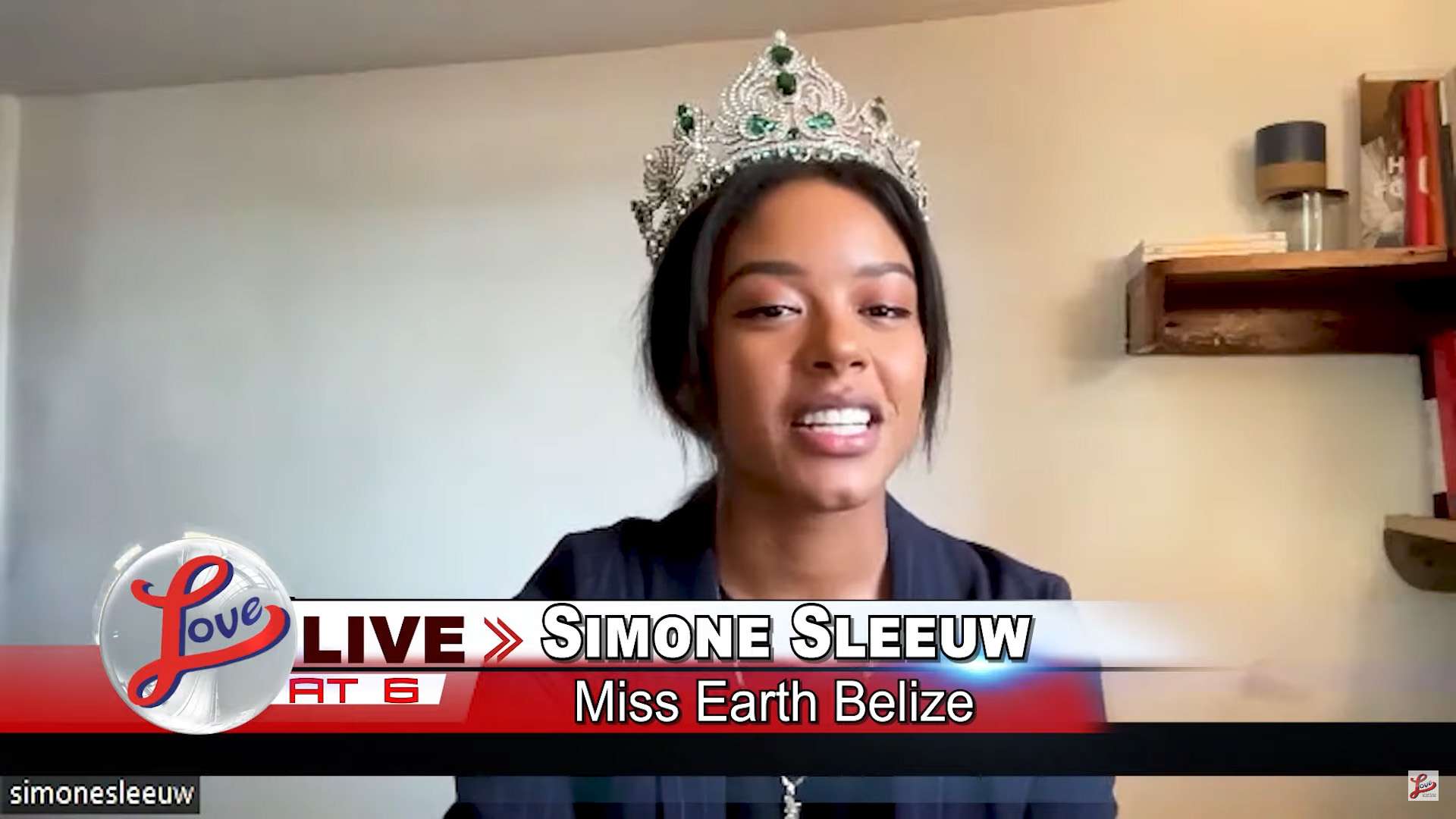 Last week, Simone Sleeuw (sleh-oo) was named Belize’s representative at Miss Earth 2022. Originally from Caye Caulker in the Belize District, she’s a design and marketing student and an entrepreneur. Love News got its first chance to speak to the new Miss Earth Belize where she talked about the large shoes she has to fill since the current Miss Earth is Destiny Wagner from Punta Gorda.

Simone Sleeuw, Miss Earth Belize: “I was very excited about it but I’m also super nervous. As you guys may know I’m also new to this pageantry thing I have never done a pageant before. This is the first time that I’m doing something like this so this experience has pushed me outside my comfort zone but what we’ve been doing we’ve been preparing a lot, we’ve been working on interview skills as well as just my walking and all of these things starting from the ground up just making sure that I’m ready to go to the Philippines. Overall though the journey has been very beautiful, it’s been so nice, I’ve gotten a lot of support, I’ve gotten a lot of good feedback and I’m super excited to just embark on this new experience. We sometimes you just have to put yourself out there because you never know what type of growth you might get from that and I’m very big on growth, everything that I do is based around just becoming a better person and being a better person as well. And so this whole experience will definitely bring me outside of this little comfort zone of oh I’m not sure if I’m gonna do pageantry to then level up and step up and you know do something new.”

Sleeuw is described as an eco-warrior with a passion for both conservation and business development. We asked her about her advocacy during her reign.

Simone Sleeuw, Miss Earth Belize: “ We have a lot of environmental  issues there are so many things that we could highlight in this situation however for me I believe that climate change and just the rise in global temperature is something that I hold close to me. My reason for this is obviously like I am an island girl, I grew up on Caye Caulker and I’ve seen firsthand some of the effects of this as well so my advocacy during this whole reign would be marine conservation. One of the main things I feel like we lack is just the awareness of climate change, a lot of people are still turning a blind eye to the effects of climate change and I feel like it’s because they lack awareness so one thing that I would start with during my reign is I would engage in projects that bring about awareness so educating the people about the effects of climate change in our community, on our country, in the world, different issues, different effects of it and I also want to work with different environmental conservation organizations in Belize to help to promote the awareness of climate change and with that I believe that we can definitely bring about some changes in the way that we do things here. “

She will be representing the country at the pageant, which is slated for November 29 in the Philippines

John Saldivar says he is innocent…

Taiwan teams up with GOB, the…

Will Gang Members from Honduras Flee…

The Association of Beneficiaries and Retried…