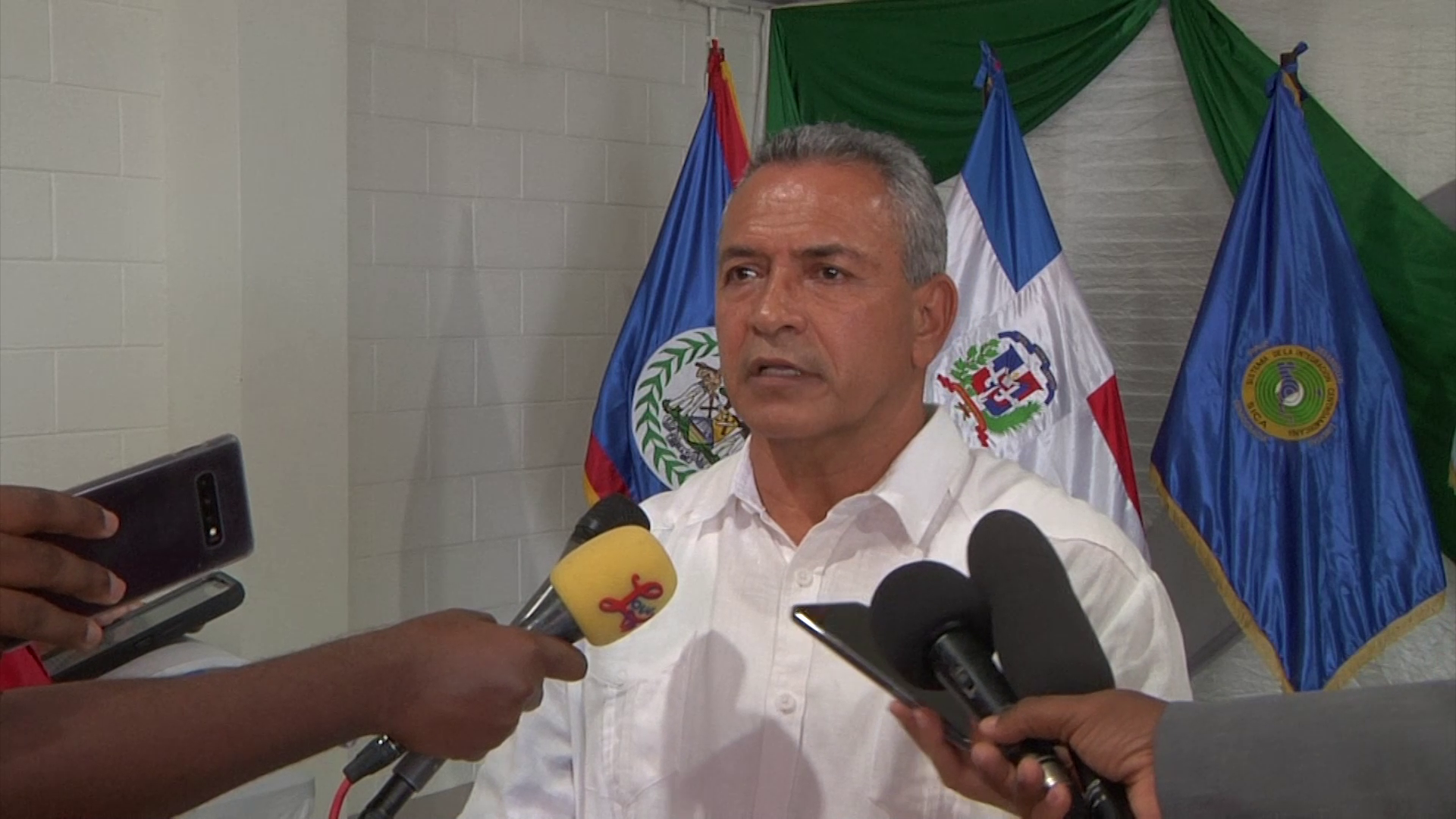 Prime Minister John Briceno on Friday announced the reassignment of Minister of State Ramon Cervantes, Jr. from the Ministry of Immigration to the Ministry of Sustainable Development. The Press Office said that Minister Cervantes will now support Minister Orlando Habet in assisting with responsibility for NEMO, the Belize National Fire Service and the Belize Solid Waste Management Authority. In his first media encounter since the announcement, Minister Habet spoke about the reshuffle. Orlando Habet, Minister of Sustainable Development, Disaster Risk Management and Climate Change: “We have a little bit of history going back. Minister Cervantes is a friend. I recall some years ago I initiated one of the first political recalls with Elvin Penner and he was one of the first ministers – well then he was just a candidate seeking election like myself and he was out there helping me with my constituency trying to gather those signatures to be able to effect that recall so we go back a little while. I think he’s a real gentleman, someone I can work with. I already had a first meeting with him of course looking at where the minister will establish his office and how we can assist him to be able to assist us also. I think he brings a lot of experience from his business side of things and so where he will be posted assisting us in moving our policies and objectives forward for NEMO, the fire department and also now the new department that has been put back over to environment which is that of solid waste management. I think what Prime Minister meant is that we have such a large ministry and certainly you are aware we travel a lot because of the nature of our ministry. NEMO is very important and many people see the importance of NEMO when we have an emergency but it shouldn’t be only that because NEMO is not only for hurricanes they look at other emergencies. The fact is that NEMO gets involved. They might not do all the work on their own because we have the different committees but they’ll call on the BDF, they will call on the Coast Guard, the Ministry of Human Development, the Ministry of Infrastructure Development and Housing and so they come together to do the work.”

The idea it appears is that the Prime Minister wanted to ensure that there is a renewed focus on these three critical areas. Minister Habet said that Cervantes’s reassignment will do just that.

Orlando Habet, Minister of Sustainable Development, Disaster Risk Management and Climate Change:  “We weren’t expecting the change to be frank but it is there come out the prime minister’s prerogative. We serve on the behest of the Prime Minister and cabinet. I served on the behest of the people of Cayo North East as an area representative, so we have to work with what they give us but certainly welcome Mr. Cervantes at our ministry.”

Should the business community reconsider its rep for…