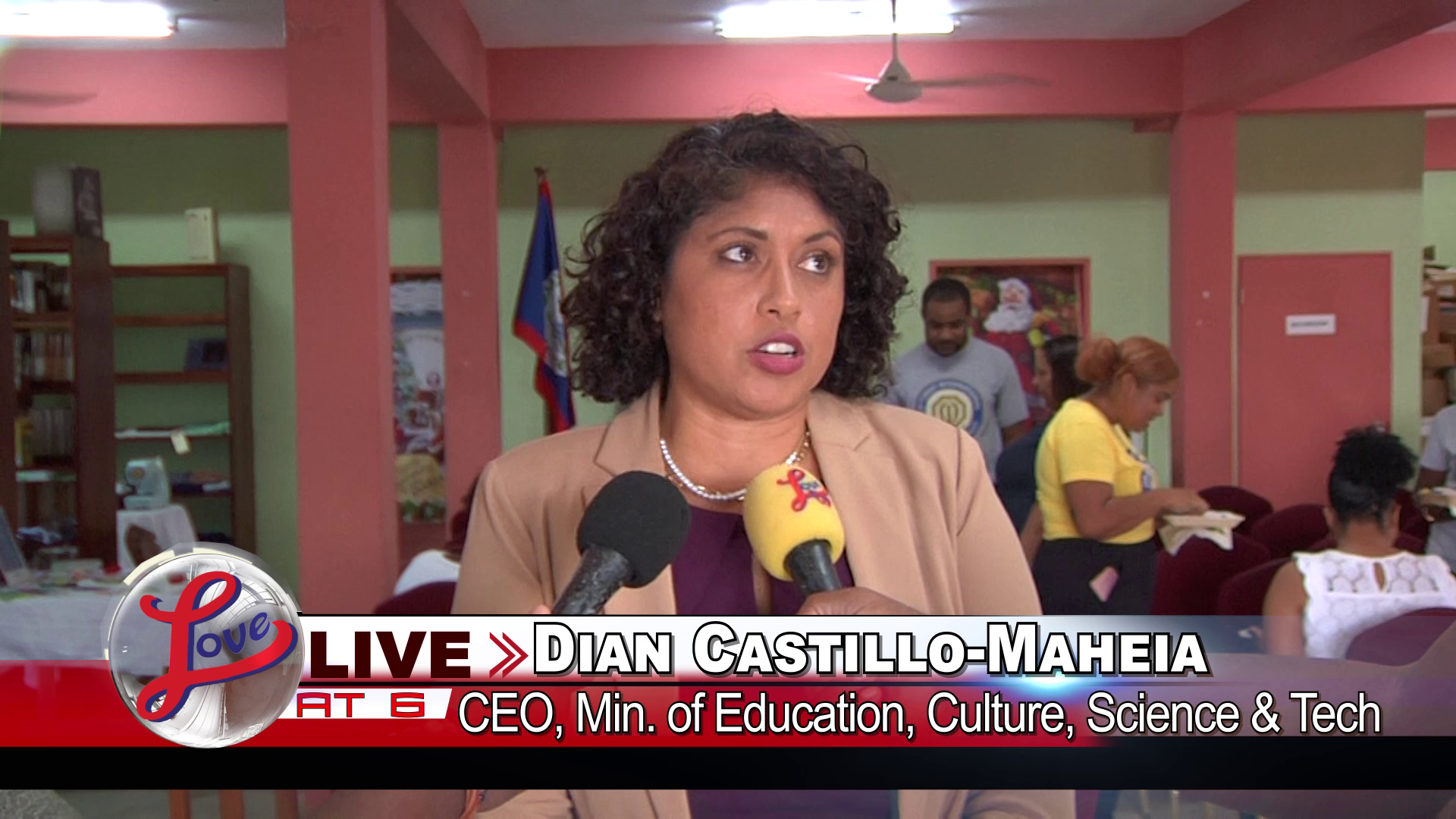 Ministry of Ed. continues to move towards competency-based curriculum

A large majority of the country’s primary schools have put the new curriculum into practice. But for it to have an impact on school populations, teacher training must also continue. Love News spoke with the Chief Executive Officer for the Ministry of Education, Culture, Science and Technology, Dian Castillo-Maheia about how things are going thus far. Dian Castillo Maheia, CEO, Ministry of Education, Culture and Science: “We have something like 308 primary schools in this country. We have maybe 268 of them, my numbers might be slightly off but they’re in that range, of the primary schools in the country who are currently engaged in using the revised national curriculum framework. That’s significant. We are moving into the second phase now of the curriculum work which is actually monitoring and evaluation and support for the schools that are using it. What we’ve been doing is preparing a new team and an additional core team of teachers who are going to be working with those schools who are delivering the curriculum. We’ve learned from them really what kind of feedback can they give to us regarding what we’ve been providing as resource materials. We are moving into the final phase of competency based training for teachers. By the first quarter of 2023 all primary school teachers will have been engaged in a period of competency based training . So we started actually on Thursday and Friday, yesterday and the day before the first round of the new set of consultations with the schools who are engaged happened in Punta Gorda and in Toledo district where schools were visited, they engaged with principals and teachers on a direct basis to find out how’s it going, what’s working for you, what more help do you need because we recognize that we’re learning as we go along. We recognize that we don’t have all the answers. The important thing is that we’re working at it and we’re trying and really we have already demonstrated by our actions since the launch of the new curriculum framework we are really taking lead in this our region. We have other countries who are reaching out and saying ‘tell us how you’re doing it.’,’ how did you get this far?’. We recognize that across the Caribbean our sister nations are working toward that same place we’re going right now so we’re really happy with the general response, the feedback we’re getting not because as I said we have all the answers right away but because we are working and we’re moving forward.”

Chamber reiterates position for a phased-in approach to…