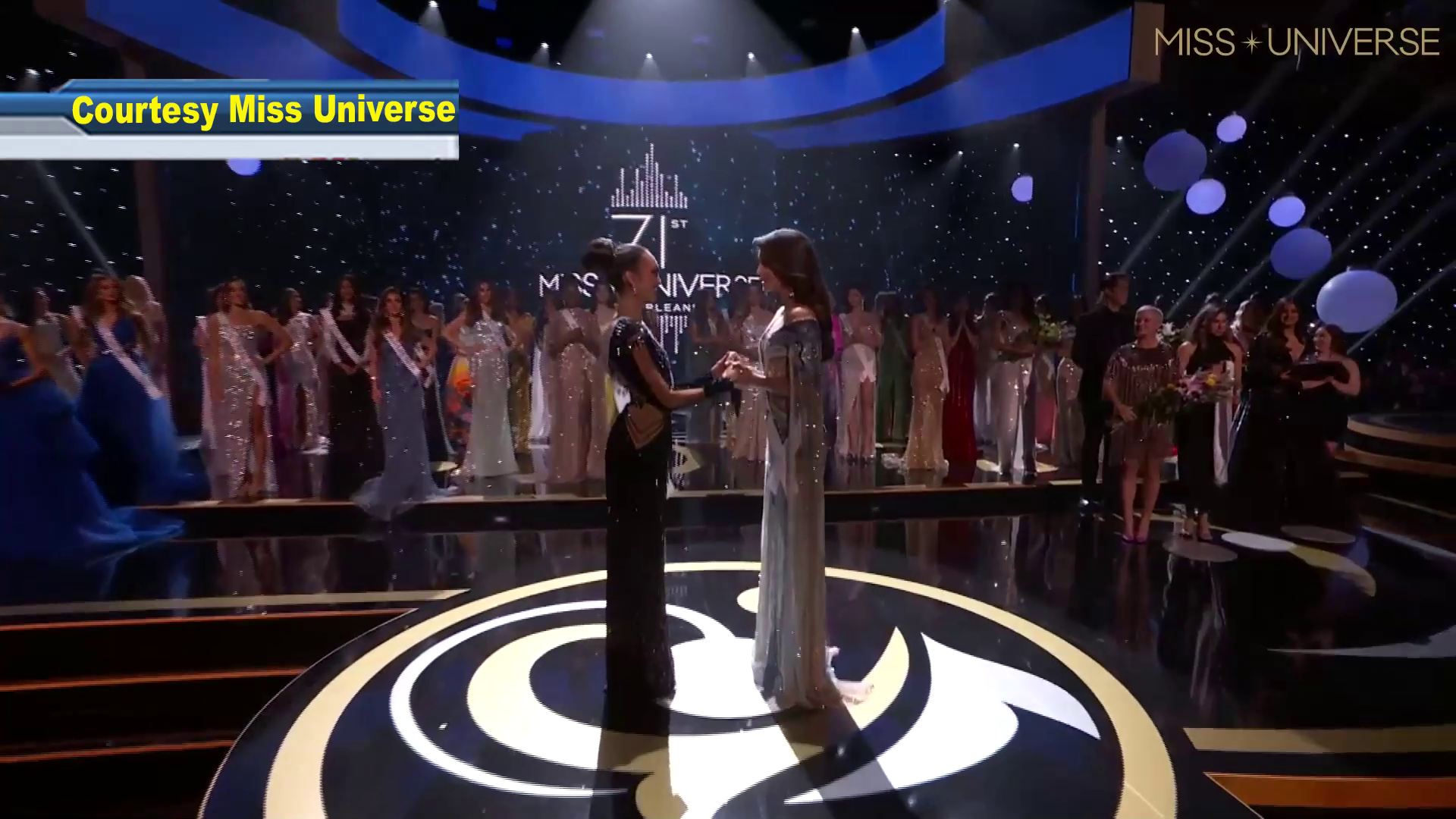 The finals for the 71st annual Miss Universe Pageant was held in New Orleans, Louisiana, U.S.A. on Saturday night. Belize’s Ashley Lightburn was one of 84 hopefuls to be named the winner. Unfortunately, despite best efforts, Lightburn did not survive that critical first cut to the top 16. While Lightburn was not called, none of her competitors from the Central American isthmus nor Mexico advanced either. However, five Caribbean women made the first cut: the Dominican Republic, Curacao, Puerto Rico, Haiti and Trinidad & Tobago. Spain and Portugal snagged the coveted spots in the first cut as did India and Laos from Asia and Venezuela, Colombia, and Peru from South America. Australia, the U.S.A., Canada and South Africa took the remaining places. The top sixteen was narrowed to a top five, leaving only the U.S., Venezuela, the Dominican Republic, Curacao and Puerto Rico. It was further trimmed to a final three. At the end of the night, the U.S.A.’s R’Bonney (ar-bunny) Gabriel captured the title, the first for her country since 2012. Because Gabriel won Miss Universe, her Miss USA runner-up, Morgan Romano of North Carolina is expected to become the New Miss USA but there is no official word on that as of news time. Amanda Dudamel (doo-da-mell) Newman of Venezuela was named first runner-up on Saturday night, followed by second runner-up, Andreína Martínez Founier-Rosado (foo-nee-yay) of the Dominican Republic. During the telecast, El Salvador’s President, Nayib Bukele announced that his country will be hosting Miss Universe 2023 later in the year. The Central American country is hosting the pageant for the second time. The last time it did so was in 1975.