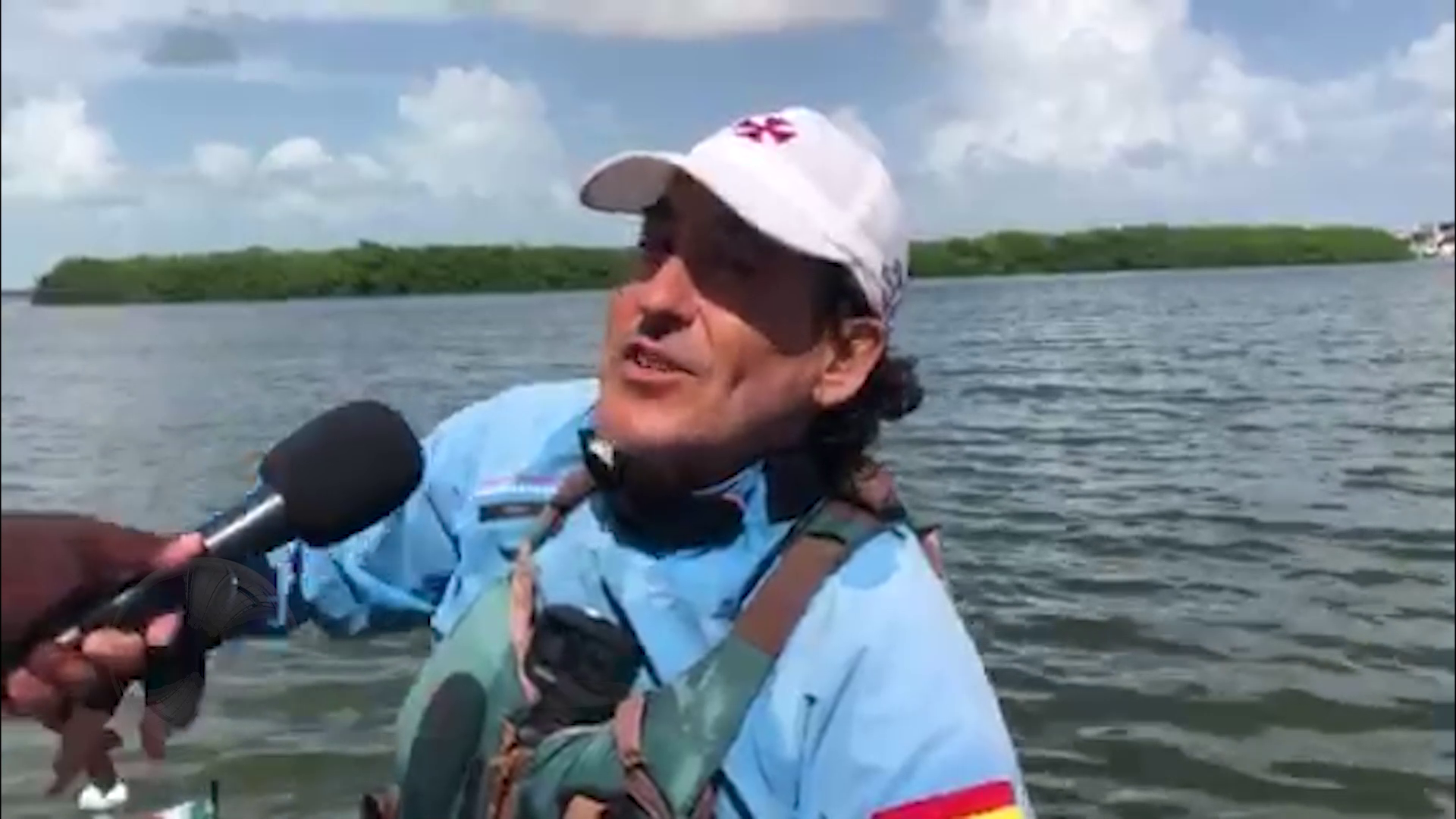 Spanish explorer and environmentalist, Álvaro de Marichalar is sailing solo around the World in the smallest craft in history. His trip coincides with the 500th anniversary of the first circumnavigation of the globe by Ferdinand Magellan and Juan Sebastian Elcano. Marichalar is the holder of 14 world records and is recreating this voyage around the world to raise awareness for marine conservation, and fighting plastic pollution and illegal fishing. His latest stop was in Belize today near San Pedro. Marichalar’s trip is to raise awareness of today’s environmental challenges. He spoke to our colleagues at the San Pedro Sun about why this voyage is important.

Marichalar set sail from Seville, Spain on August 10, 2019. After sailing around Spain, Portugal and France without any support vessel, he then crossed the Atlantic Ocean from southern Spain (Gibraltar) to Guadeloupe Island. From Guadeloupe he continued navigating alone without a support ship, calling at the Caribbean islands all the way to Miami where he arrived on March 16, 2020. The pandemic stopped his expedition until February 19, 2022, when he was able to restart his challenge, sailing along the Gulf of Mexico all the way to Bacalar. He plans to continue to Panama Canal and cross over to the Pacific Ocean and then all the way to the U.S. State of Alaska. He plans to stop in Russia, across the Asian continent and into the Mediterranean before returning to Seville.

The Inspiration Center Launches Calendar for 2023