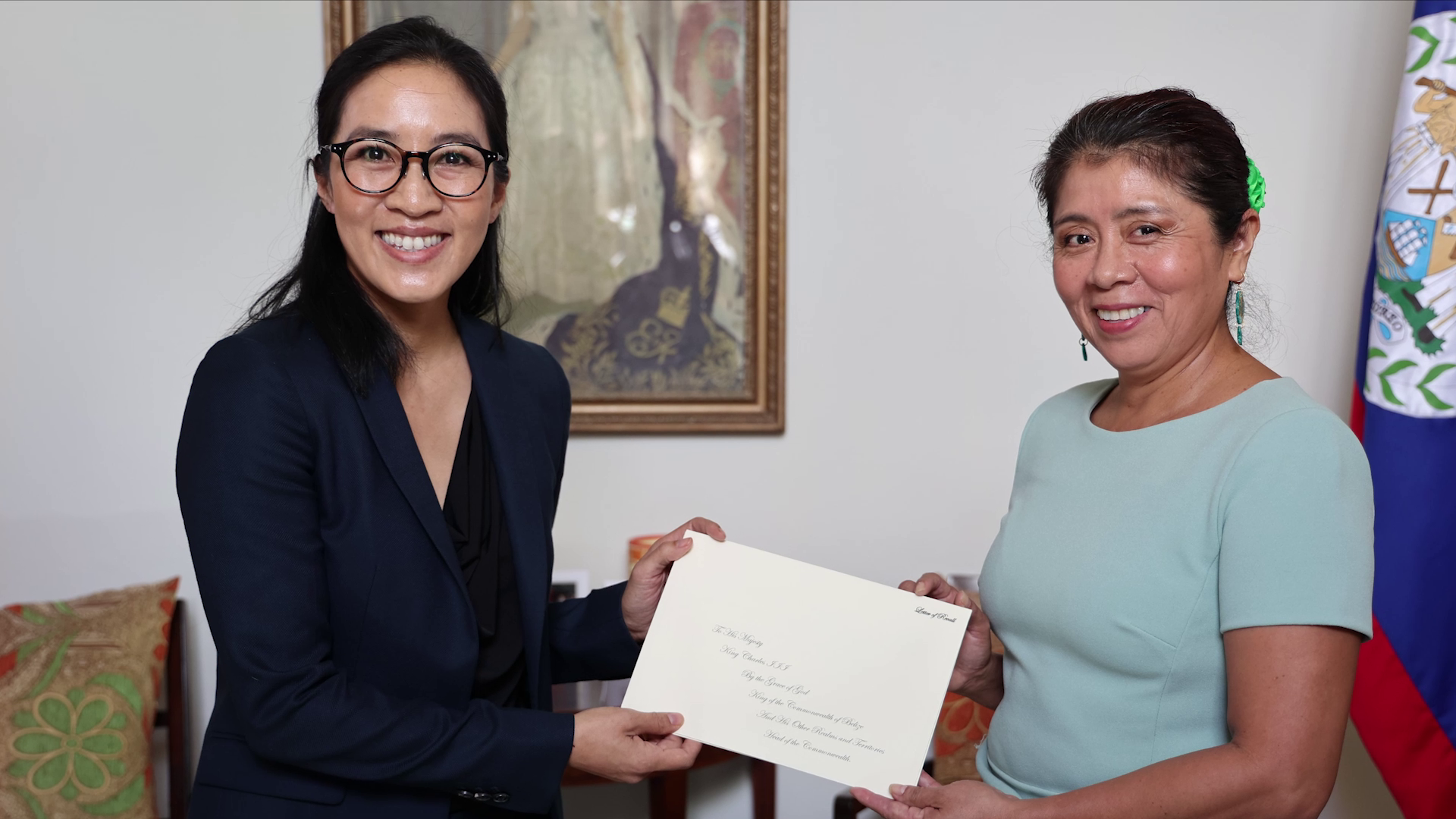 The new U.S. ambassador Michelle Kwan presented her letters of credence to the Governor General of Belize, Dame Froyla Tzalam. The presentation took place at Belize House in Belmopan this morning. Kwan, as we reported, was announced as President Joe Biden’s choice in December 2021 and was confirmed by the U.S. Senate in late September. Kwan is one of the most decorated U.S. figure skaters and within the last year, gave birth to a daughter. She has served the U.S. Department of State in various capacities and has had a distinguished career in public service, diplomacy and sports. The Governor General warmly welcomed Ambassador Kwan to Belize on behalf of King Charles III, the people and the Government of Belize. Ambassador Kwan expressed her enthusiasm to work with the Government and people of Belize, noting the strong relationship shared with the U.S. She committed to (quote), “work to continue and expand these efforts regarding our many mutual goals shared by both Belizean citizens and the many U.S. citizens who reside in and visit Belize each year.” (end of quote) Ambassador Kwan is the first substantive U.S. ambassador since Carlos Moreno concluded his tenure in Belize at the end of the Obama Administration in January 2017. Between then and now, the U.S. embassy was led by a Chargé d’Affaires in the persons of Adrienne Galanek, Keith Gilges and most recently, Leyla Moses-Ones.