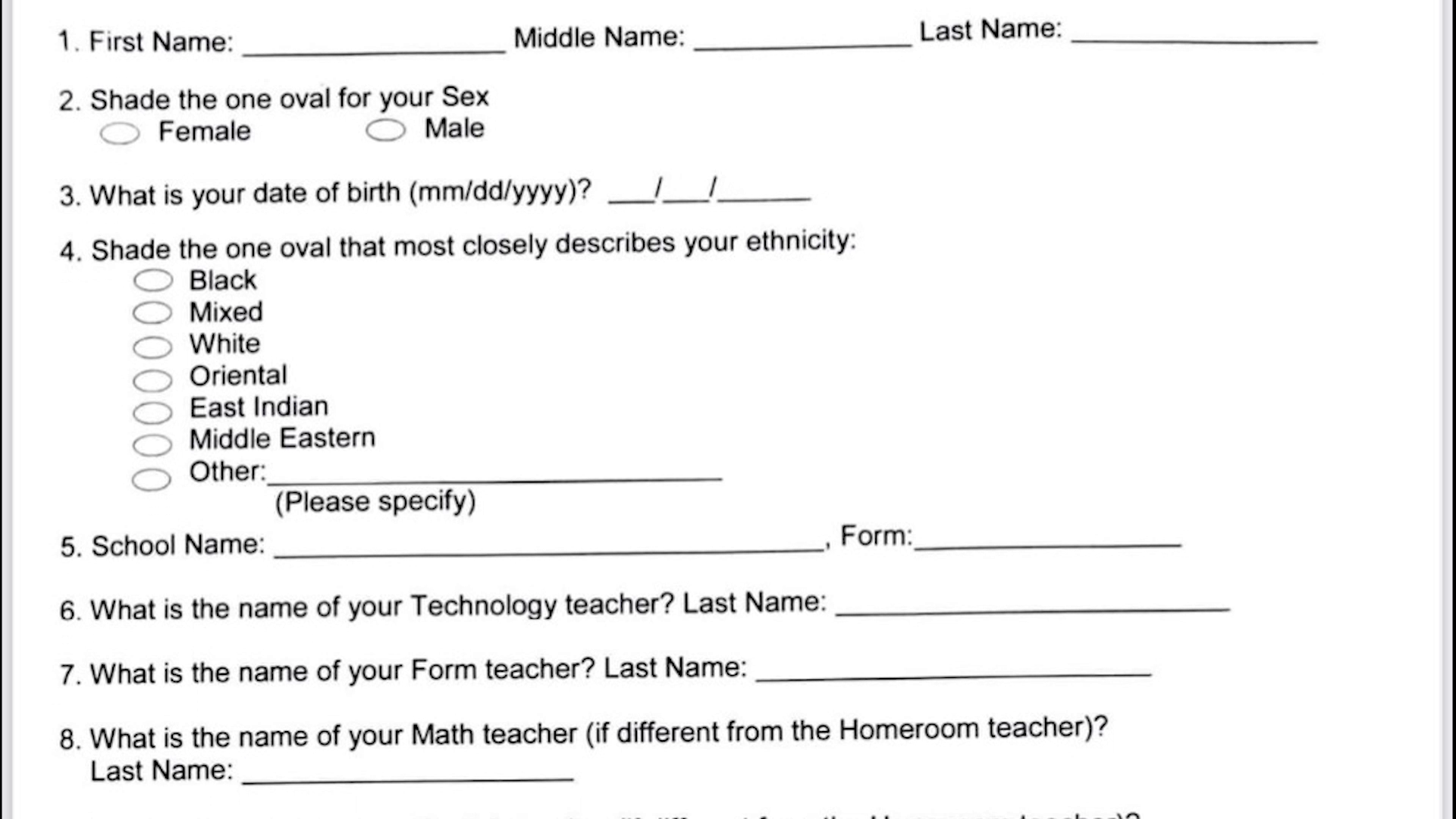 Parents are raising concerns regarding a controversial questionnaire that is reportedly being issued to students without parental consent. The Ministry of Education issued a press release today saying they are aware of the concerns raised regarding the pretest survey and assures the public that they will be seeking parental consent for further testing to be done.   The survey included the Child Behaviour Checklist Youth Self-Report and included invasive questions regarding sexual identity, drug use, self-harm and suicidal thoughts.   Some students in five participating schools in Belize were reportedly asked all the questions on the survey, but students from some schools did not answer the questions in one section of the survey.  The release goes on to say that while these questions are deemed to be a measure of mental health and well-being, this ministry shares the concern of the public regarding the nature of the questions, which have been removed.  The survey is also being carried out in Barbados and is being used for the Code Caribbean Project, which is a two-year computer science program designed to build both socio-emotional and entrepreneurial skills in students. It will introduce students to coding and develop math, comprehension, and writing skills.  The main objective is to expand technological skills that will spark innovation and diversification for young people by the time they have completed secondary school.   Some parents have expressed outright disapproval of the survey. The administration started on September 26 in both Barbados and Belize.

Students learn the importance of saving!